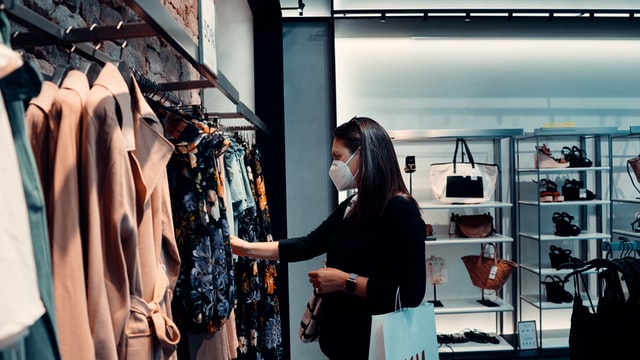 Something has changed in the last decade: fast fashion has taken over the planet. With trends no longer changing with the seasons but instead monthly or even weekly, fashion brands are making sure they keep up with demands.

The satisfaction many of us have felt after buying something that arrives before you’ve barely finished your breakfast the next day is a feeling that many of us are guilty of enjoying. But, does everyone know the consequences?

From Kim Kardashian to a contestant on a reality show, anything worn by them will be recreated within 72 hours and sold as ‘dupes’ of them online, for a fraction of the price. The fashion industry is worth over $2.5 trillion (£1.84 tn) and is one of the most destructive industries to the planet. But due to the supply and demand, corners are being cut regarding employee welfare and the environment.

There is an evident problem that connects the fast fashion industry to modern slavery. The Global Slavery Index states that fast fashion is the biggest industry exploiting slavery, with more than 40 million people currently trapped in enslavement, and more than 71% are women.

The UK imports £18 million worth of products that likely to have been made by modern slaves (these are UK brands that are just manufacturing overseas). Even though there are many issues surrounding the methods of manufacturing, it does provide work and a small amount of income for 350 million people mostly living in extreme poverty – without these tiny payments from factories, they would have nothing.

The latest Black Friday sale saw online retailer Pretty Little Thing (PLT) selling clothes for as little as four pence, which raised concerns about how they managed to do something this extreme ethically. Questions were asked about how much they are paying factory employees and what sort of livelihood they have.

On TikTok, and YouTube, short videos featuring influencers trying on clothing hauls are very popular and many users showed tens of deliveries they have received after spending only £10 on PLT, while most of the comments are on the low price and what measures PLT has taken to sell clothes that cheap and how they are ensuring that workers are still getting ‘decent’ pay.

Workers in one UK factory were paid as little as £3.50 per hour.

Retailer Boohoo faced a modern slavery investigation in July 2020 after it was discovered that’s its workers in a UK’s factory were paid as little as £3.50 per hour. If UK manufacturers can disrespectfully pay their staff that little, what is it like aboard, where the majority of the UK’s stock comes from?

Unfortunately, there are more issues, the main one being that the carbon footprint of fast fashion is astronomical.

It is mostly understood by clothing lovers that cotton is the best material for one’s own well-being, whether it is underwear or even a simple cotton T-shirt that allows the skin to breathe, which is important to prevent bacteria forming from sweat.

However, this material is also the most destructive to our environment. Cotton requires 5,283 gallons of water to produce one kilogramme (2.2 pounds), which equates to a pair of jeans or one T-shirt.

Synthetic fibres such as polyester, nylon, and acrylic are made using fossil fuels; 70 million barrels of oil are used each year to produce polyester. A further 70 million trees are cut down each year to make our clothes, which is leading to deforestation and loss of habitat for thousands of species. We are also losing the vital trees that are needed to absorb the 17 billion tonnes of carbon dioxide emitted by the textile industry annually. 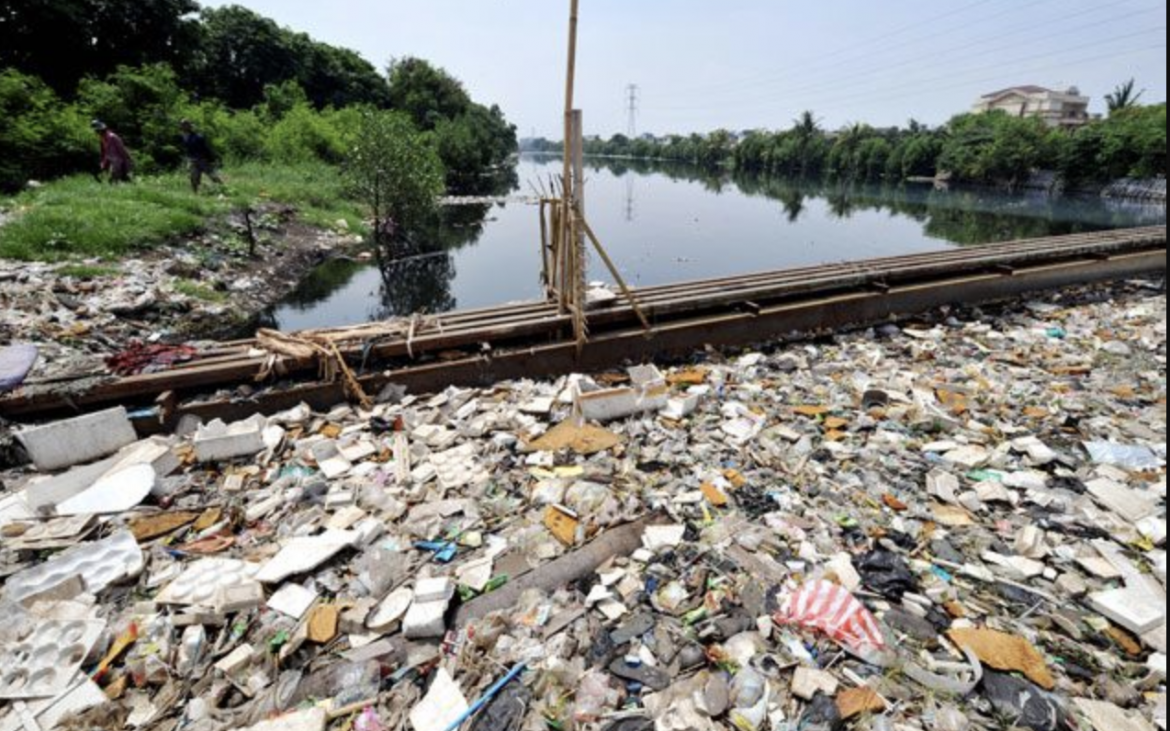 The most polluted river in the world – the Citarum River, Indonesia [Wikimedia: MNN Galleries]

Indonesia and other countries in Asia are populated by factories making garments for the overindulgent West. Chemical waste is contaminating the waterways, which locals rely on for their daily needs, and this pollution eventually makes its way to the ocean.

The use of animal products in clothing seems to be a dying practice. Yet, there are still some luxury brands that still use fur. The use of fur was banned by many brands due to pressure from animal rights groups like PETA and a number of protests.

There are many protests still going on regarding Canada Goose’s use of fox fur on their coats. However, the use of leather is still condoned, even though there seem to be many alternatives on the market. Most commonly, leather comes from cattle, which causes massive problems for the environment.

Cows produce methane which is twenty times more destructive than carbon dioxide. Environmental activist group Extinction Rebellion (XR) says that leather causes one billion cows to be slaughtered every year, plus the extra 56 billion killed for meat annually; 85% of leather is tanned using chromium which is highly toxic.

Extinction Rebellion encourages the use of Piñatex which is made from pineapple leaves and serves as an alternative for leather. Developed by Dr. Carmen Hijosa as a more sustainable and ethical alternative to leather; Hijosa also knew that PVC wasn’t an option, as it was made from plastic. Piñatex made its grand debut at Royal College Of Arts, London at a PhD exhibition.

Piñatex is made from shredded pineapple leaves [Wikimedia: Piñatex]

Unlike fur and leather, fabrics such as polyester, acrylic, and nylon are all synthetic materials that are being more commonly used as it’s cheaper to produce. These are made from oil and over half the clothes produced on the planet are made from one of these materials.

These materials may not require land use but they still have negative impact on the planet. Unlike cotton, these don’t degrade, which means that they will be on this planet forever. It’s estimated that over 200,000 tonnes of clothes are dumped into landfills every year. Furthermore, the damage caused by plastic materials doesn’t stop at the manufacturing stage, every time you wash a synthetic material it releases micro-plastics into the water.

Hemp products could also be a solution. Although it would require land owners to grow a specific type of marijuana, the plant is fast-growing and doesn’t require any pesticides. Hemp was popular back in the sixties and seventies in fashion but now it’s been used for multiple things such as an alternative milk product. Hemp milk sales are expected to be $527 million by 2026. And when used as a material it’s a durable fabric that doesn’t cause irritation.

With several people with large online platforms talking about the negative side effects of fast fashion this movement is encouraging people to think twice about purchases they would make in the blink of an eye.

One example is the highly successful comedian Hasan Minhaj, who hosted a video uploaded onto the ‘Netflix Is a Joke’ YouTube channel, called “The ugly truth of fast fashion” which has been viewed more than two million times. Similarly, YouTuber Kristen Leo, who has amassed more than 300 thousand subscribers during her time on the platform, made an insightful video uploaded in 2018 called “Fast Fashion Explained In Under 5 Minutes“.

There is hope among those who are fighting for the industry to become sustainable that there will be a boom of natural materials as people become more educated on the harsh effects of the over-saturation of fashion cycles.

But without the industry running as it currently does, will that put the poorest people at their most vulnerable and without any source of livelihood? Or can the current factories be transformed into eco-friendlier and employee conscious? 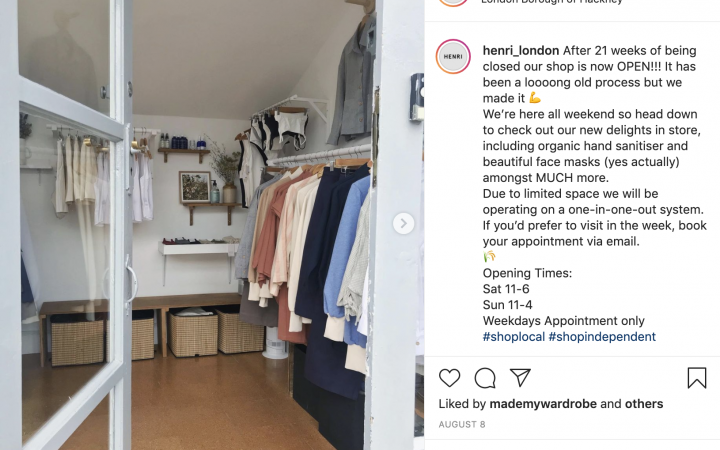 An instagram screenshot from Henri clothing brand showing the inside of the store.

It’s not all doom and gloom thanks to many small businesses and a snowball of larger ones making a positive change for our future. Henri, London is a clothing brand based in Hackney, which focuses on using 100% natural fibres, plant-based dyes, and is employee conscious.

Henri manufacture in London and Bangalore, South India; their website has a very informative chapter on their ethics and sustainability: “Our manufacturing hubs are split into two categories based on the origin of the fabrics. And we’re proud to say that both of our factories are headed up by young, ambitious women!” They also pay all their factory employees a living wage.

Online retailer ASOS has introduced the Responsible Edit, which, according to their website, aims to sell “products made from recycled materials, which have turned waste, plastic, and textiles into something fresh and new, as well as sustainable fibers and fabrics.”

This is a massive step for a global retailer to encourage customers to shop responsibly with the line even including big brands such as Hugo Boss, Adidas, and Tommy Hilfiger.

This new decade is an opportunity and open door for fashion to change. Customers need to be less demanding and retailers more community and sustainable focused.