Algeria is now fast becoming a hotspot for British holidaymakers to visit. The diverse culture and traditions are something for people to discover and enjoy to the fullest.

Delving into Algeria is something that a tourist should definitely explore because it can offer something for everyone who visits the country. Algeria is the biggest country in Africa and the tenth largest in the world!

Traditions in Algeria differ from one region to another. You’ll find traces of the French colonial era in the capital, Algiers, and the unchanged nomadic Berber culture in the deserts to the south.

Before the pandemic, Algeria recorded up to 3.5 million annual tourist visits a year, although the vast majority were by Algerians living aboard. This is a stark comparison to 13 million tourists visiting Morocco and 5 million visiting Tunisia in 2019.

Algeria’s strict visa regime has long been an obstacle, all tourists must apply for a visa in advance, whereas in the neighbouring countries of Tunisia and Morocco, it is not a requirement. It can be an inconvenient process, and it’s one of the fundamental reasons behind Algeria’s low ranking in the tourism sector. 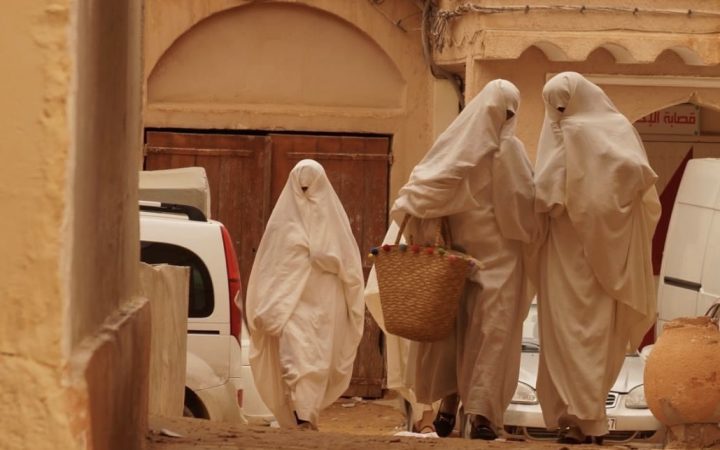 While Algiers is very modern and relaxed, you’ll find places in the country with radically different customs. These include the M’zabite women of Ghardaia who wear a white burqa covering their whole face except for an eye. Algerian women’s traditional attire is to wear a dress that is known as a haik which is a veil-like fabric that covers the woman from head to toe but just showing their eyes. Islamic cultural influence is shown as most of the women wear a head covering.

Algiers is full of contrasts waiting for you to discover their charms. Although it is such an appealing country, few British holidaymakers visit Algeria, mainly because of the language barrier, the visa system and the insufficient promotion of the country itself.

The languages spoken are Arabic and Berber, followed along by French, but English is not widely spoken. French-speaking people would be at ease. In contrast, British holidaymakers would find it difficult to communicate with the residents as they only speak basic English.

The Algerian government has disregarded Algeria’s attractions for a decade, as the economy was overly dependent on the oil and gas sector; the country was also affected by the Civil War of the 1990s, which has resulted in Algeria being slow to develop its tourism industry.

[pullquote align=”right”]“A streamlined visa process as well as having a large marketing campaign would put it on the tourism map.”[/pullquote]Mike Richards, 31, a travel blogger from London believes that British consumer behaviour is important to them nowadays and will continue to be in years to come.

Today, Algeria’s business environment is more conducive to tourism growth, and the government is finally launching projects to develop tourism. They have decided to launch a strategic plan to boost this sector by 2025, which includes expanding the port in Algiers for hosting cruise-ships and to develop at least one resort on its long Mediterranean coastline.

Closing the gap between the other two countries is important for Algeria to make a breakthrough. Richards believes that “progress might be gradual, but if the authorities make tourism a priority, then I can’t see any reason why Algeria wouldn’t succeed.”

Most of North Africa now has an extensive tourism infrastructure, making it a tourist hotspot. If history is your thing, Algeria is sure to please you as it has a remarkable number of well-preserved Roman ruins.

The guides are experts at retelling how people were living in these abandoned cities. In Algeria, the sites Djemila and Tiddis are comparable to Palmyra in Syria, Pompeii in Italy or Leptis Magna in Libya.

However, in Algiers, you can find churches and administrative buildings left by the French and places like Oran are testimonies of the Ottoman, Spanish and Arab influence on the continent. If you really want an ancient encounter, then you should visit some of the world’s best-preserved cave paintings, dating from 3000 BCE in Taghit.

“You can speak about Algeria in a thousand words but physically visiting the country does it more justice” said Mohammed Boudali, 35, from Algiers who is Secretary-General of the Touring Club in Algeria. “It gives holidaymakers an undeniable experience.” 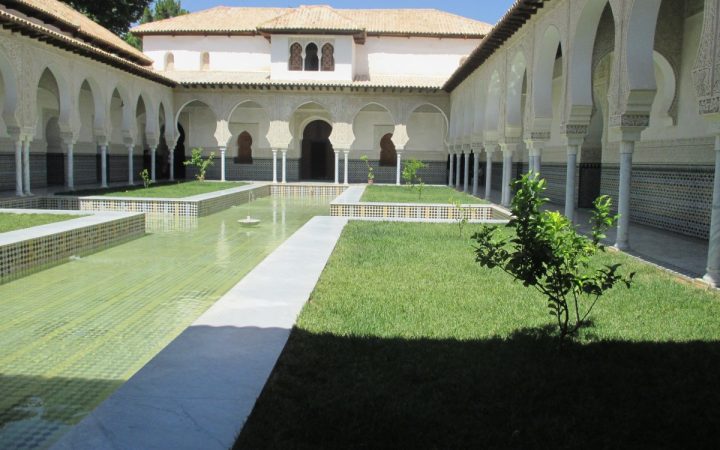 Algeria’s tourism is expanding positively with the help of the hospitality industry. Over the last few years, there has been the opening of hotels with good quality services in adapting to international tourism needs.

Examples of these are Four Points by Sheraton, Holidays Inn, Golden Tulip, Radisson Blu and other various brands. This proves that it holds importance and can entice people to choose a specific destination, which is how Algeria can gain more exposure.

Tourists need to be reassured about their destination in order for them to envision where they want to travel. Boudali says that “having an aggressive communication strategy can give Algeria the platform it needs, to be shown in a positive light as a top travel destination.” He also believes that a “streamlined visa process as well as having a large marketing campaign would put it on the tourism map”. 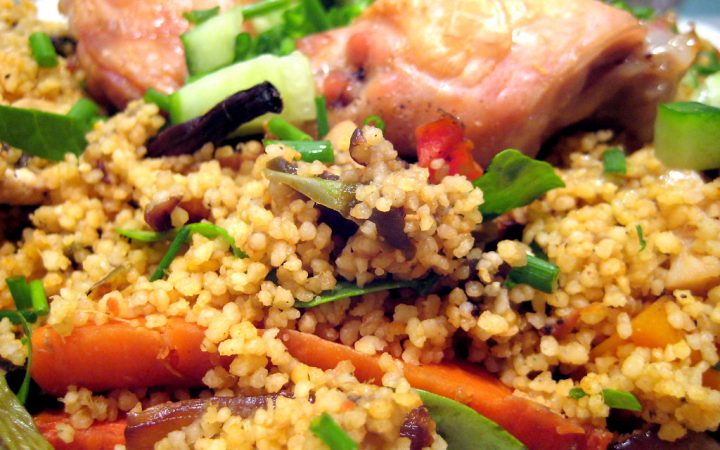 Algerian food is a mixture of a lot of cultures. Since Algeria was a French colony for 132 years, it is no surprise that there is a prominent French influence when it comes to the food there.

You will also discover food from historical influences of Arab, Berber and Turkish cuisines. It ranges from mild to very hot, with many flavours being used. There is a fair share of well-liked restaurants in popular coastal towns, consisting of French and Italian style food. Still, there is an undeniable Algerian quality to these classic dishes.

The coastline of Algeria is dotted with fishing villages, so seafood is eaten in abundance and is a traditional staple in most parts of the country. The fish dishes are known to be exceptionally good as it is freshly served.

Couscous with chicken or lamb is available everywhere as this is a firm favourite. When visiting southern Algeria, the most common meat that you can indulge in is camel meat. The meals are found to be delicious and should definitely be experimented as a new palate.

There is also a popular soft drink brand named Hamoud Boualem, which people across the country like to drink. There is a selection of flavours to choose from and holds a secret ingredient like coca-cola, therefore, having an authentic taste.

This destination can interest British holidaymakers because of the opportunities it offers in terms of adventure tourism. It has a fantastic diversity of landscape where you can find the Sahara desert in the south, pleasant beaches along the Mediterranean Sea to the north and mountains that offer excellent hiking during the summer and skiing in the snow during winter.

There is also the chance to try things of a more relaxed nature like festivals such as Constantine International Jazz Festival, European Cultural Festival and Sahara International Film Festival, to name a few, representing the cultural identity and values of the country.

Being the largest country in Africa, taking a plane is the apparent choice if travelling from one corner of the country to another, and flying domestically is very cheap.

The road quality is excellent, and the highways are just as good as the main highways around central Europe, there are regular buses to every destination around Algeria.

Algeria is a Muslim country, although a liberal one, so is open to the idea of proudly showing tourists their heritage, prehistoric art of global renown alongside an intriguing modern Arab culture so people can explore the life of an Algerian.