“It’s kind of like an OnlyFans for World of Warcraft,” a player tells Zack, a successful American Twitch streamer and YouTuber who goes by the alias ‘Asmongold’ and has produced a series of interviews with virtual escorts and club owners.

“I think a lot of people live out their fantasies in the ERP game world because it’s nowhere near as judgemental as in real life.”

There are several reasons for this: ‘Mods’, who are part of the online sex work ecosystem, modify the game and create add-ons for other players to download, one example being nipples, because characters lack those in the basic game.

They tell me the preference for Final Fantasy XIV might be based on the wider availability of add-ons compared to WoW, allowing people more creativity in their costumes and overall appearance, also called ‘skins’. 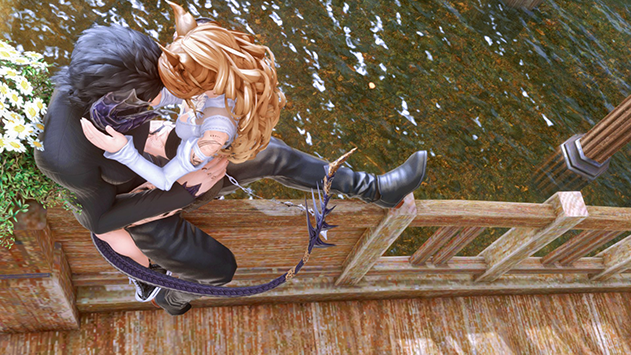 Another aspect of the game which makes sex work so appealing for online escorts, is that many don’t feel the need to complete or even participate in the storyline of the game.

“I personally do not ERP. I just don’t like it for myself. It’s awkward for me and I just can’t get into it, but I love how passionate other people are about it and how much they enjoy it, so I was like, why not a brothel? I can manage it and fill in roles that aren’t ERP.”

It was their friend of nine years, called Biscuits ‘n’ Slooty, who told them about ‘the other side’ of Final Fantasy XIV, alluding to the nightlife of the game and range of venues for social outings.

“He’s the game knowledge and ERP knowledge behind it and I’m the everything else. It took me a few weeks to come up with everything, write it all, make the Discord channel, make the Carrd website, and decorate the venue. I literally got on the game to make this brothel.”

“I think a lot of people live out their fantasies in the ERP game world because it’s nowhere near as judgemental as in real life. And it’s sometimes a lot harder to find people to live those fantasies out with in real life than it is in-game, so for some it’s kind of their only release I guess.

“Most gamers would much rather spend their weekends in game worlds than the real one,” they explain. 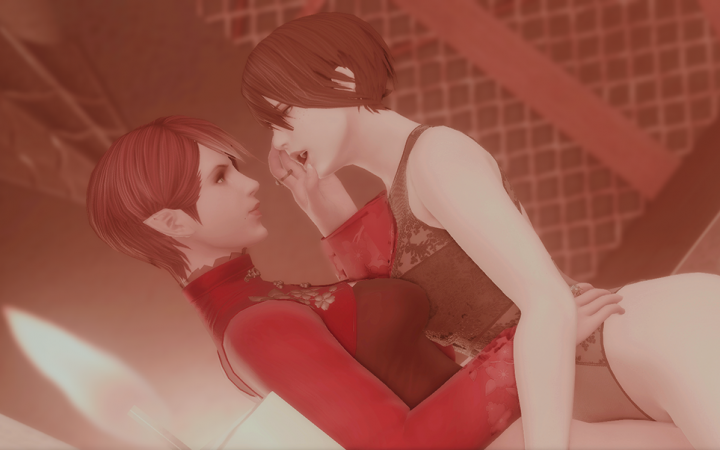 Speaking to a male player who sports a female character, they tell Asmongold: “It’s a big prominent part of the community and the social aspect of the game. It’s what makes the game, in my opinion, super special.”

It comes as no surprise then that both female, male and everyone in-between makes use of escorting services in the game. Particularly as the common norm to respect the gender performance of the character rather than the player is a kind of freedom not always afforded to people in real life, with reported anti-trans hate crimes increasing by 16% between 2019 and 2020 alone.

Scanning through the Discord channel and the rules stated on Biscuits ‘n’ Milfs’ website, the extent of their safety measures quickly becomes apparent. For example, people must be a legal adult and the server also prohibits jokes or implications of suicide and self-harm. They also have strict guidelines against non-consensual role play, child pornography, racism, sexism, homophobia, transphobia and unsolicited nudes, to name just a few.

The safety infrastructure is incredibly complex, and goes far beyond a list of rules stated in the server. Escorts include ‘Not Safe for Work’ descriptions in their profiles, and different tags tell others whether you’re for example free to direct message (DM) another person without permission and what role you’re playing, which easily communicates to others whether you’re employed as a bouncer for the brothel, a dancer, escort, bar staff or other type of employee.

“I think people get nervous if you ask for proof so I just ask their age and save a screenshot of it just in case they try to ‘call wolf’ on any of my escorts and other staff and say they were abused and not 18+.

“And then, as far as stuff like pedophilia and rape fantasies go, the staff know what’s allowed and if anyone tries to sneak that in or ask that they do it, that client is immediately asked to leave and blacklisted from the venue which usually means blacklisted from any venue around because of the seriousness of those issues.”

Blacklists are frequently shared with other venues to ensure others are aware of players that could cause harm. Due to the inherently fringe nature of sex services, which also cater to a wide range of subjective preferences and desires, escorts and dancers are able to set boundaries before accepting clients by stating what kinks they’re either into themselves or willing to perform for others.

If those boundaries are overstepped, it’s usually the responsibility of guards or bouncers to kick people out, while mods take note of who’s not welcome at the venue anymore.

“My vision for the brothel is just for everyone to enjoy themselves in a safe, judgement-free space. I would love to be able to upgrade my brothel to a large venue because right now it is small and it was really tricky to design it to still feel like a very open space that’s not too crowded,” they tell me.

“Once I can upgrade to a large venue, I really would love to design it in more of a luxurious look with multiple different types of rooms and lounges including a naked maid cafe. That’s the dream for now.”