In conversation with | Neon Hitch 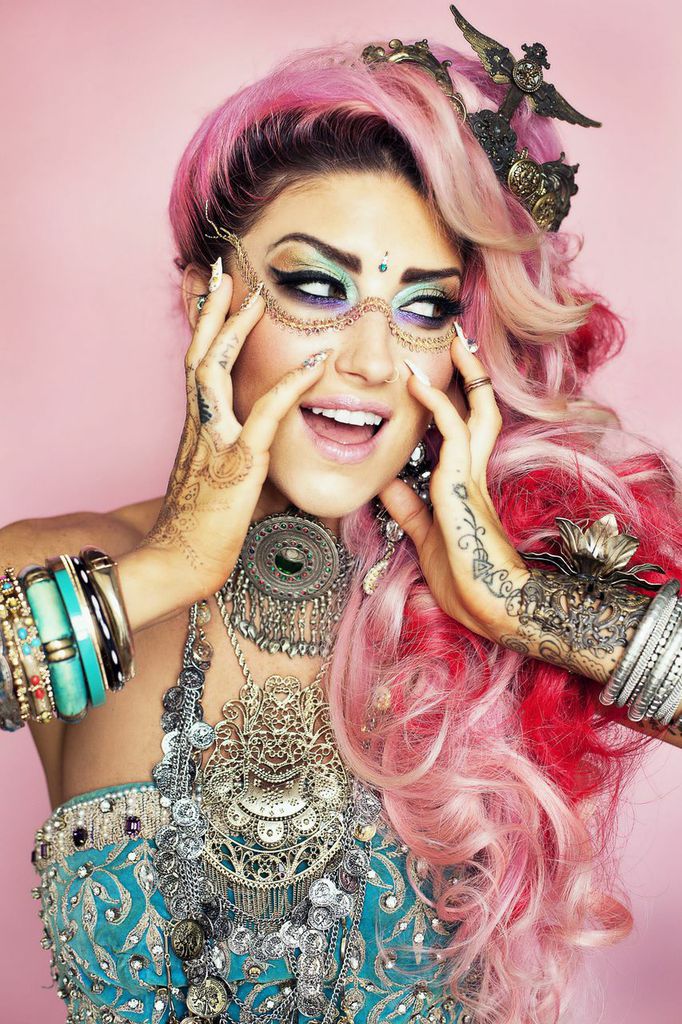 Artefact caught up with British gypsy pop star Neon Hitch (yes that is her real name), who’s currently touring the US with her Yard Sale tour. She discusses her breakaway from a conventional record label to a crowdfunded fan label she’s naming WeRNeon, and all things Neon Hitch.

Where are you right now?
Just walking out of the BMI office in New York where I’ve been signed since I came to America. I have a great family at BMI.

You’re currently on tour, what do you enjoy most about being on the road?
The best part is feeling so at home, living in a hippy bus again but being able to hit the stage every night and connect with my fans.

You have a very different style to many artists, you love a good headscarf and a quirky outfit – do you style yourself or do you have an army of minions searching the globe for your amazing threads?
I’ve always been my own stylist from the day I could walk, I’m a girl who knows what I like but I’ve recently teamed up with a fashion soulmate Neiman Austin (I call him Nemo) and it’s the first person I’ve met who I fully trust to make me look magical even with my eyes closed. He’s on tour with me right now and I don’t plan on letting him leave my side!

Who inspires your style?
Mainly my mum but also Carmen Miranda, Marilyn Monroe and Madonna.

You regularly wear a necklace with the number 301 on it, what does this mean?
I don’t fully understand the number myself either yet but it pops up every day and I just have a very strong connection with the number, I guess you could say it’s the path I’m on.

I’ve also recreated my 301 necklace for the exclusive 301 club fans and they can purchase it on my Indiegogo campaign and get into my shows for free for life! There are only 301 ever made, so they are very unique for the 301 club!

So lets get down to business – what exactly is ‘WeRNeon’?


“The day I was born my house burned down, the day I left home the Twin Towers went down, and I’ve lived on two boats in my life – that both sank. But I’m a very upbeat, happy, lucky person!”

WeRNeon is the first ever official fan label. It’s a movement that unites fans and artists towards a common goal. It allows artists to get around traditional gatekeepers and puts that power in the hands of fans. Everything that record label did my fans are now doing. It’s this new middle ground between DIY and the major label system.

What made you think about starting a fan label?
I was frustrated and tired of being restricted when I was on a major, and at the same time I was being submitted amazing ideas, artwork and offers to help with my project from my fans. It really was a no-brainer to engage what was already happening naturally. Great artists get dropped, shelved or mis-promoted all the time, but if the fans are your label, you have a label for life.

Some might say that you should just stick to a regular record label – wouldn’t life be easier, after all?
My life has never been easy, I’m not about to start now.

What does this fan label really mean to you?
It means freedom. And making music directly for my fans, they’re the ones that matter. I see myself as more than just an artist, I’m a business woman and want to break boundaries.

What can we expect from the new album?
Eleutheromaniac is my proudest work. It’s passionate and autobiographical but still has the pop hits. It’s gypsy pop!

In the past you’ve collaborated with 3OH!3 for the Tim Burton adaptation of Alice in Wonderland and Gym Class Heroes for feature track Ass Back Home.  Are there any collaborations on the Eleutheromaniac album you can tell us about?
I loved collaborating with both of them, I’m very close to both of those groups. The feature I’m most exited about on the album is [a track that] actually one of my fans, who came in the studio, KILLED the vocals on [with] the album titled song Eleutheromaniac.

You grew up travelling around the country in a bus – you were even documented by the BBC. What can you tell us about your childhood?
The day I was born my house burned down, the day I left home the Twin Towers went down, and I’ve lived on two boats in my life – that both sank. But I’m a very upbeat, happy, lucky person!

Have you always known you wanted to be a singer?
Originally I wanted to be a trapeze artist which I actually was as a kid, but when I was 16 I started going to squat raves and jumping on the mic and began to find my voice I never knew I had, it’s still evolving everyday.

Which music video that you’ve made did you most enjoy making?
I think Yard Sale was the most fun shoot I’ve done, it was so liberating and ‘me’. I get very exited when I see trailers, so when I saw the Airstream on set I was happy dancing all day. I rolled up to the shoot, after my birthday party in Vegas, and had no sleep but still managed to rock out – somehow.

The question all of us want to know the answer to: when are you coming back to good ol’ Blighty on tour?
As soon as I can! I’m doing Brazil at the end of the year and then hoping to come back to the UK early next year! I definitely wanna hit up the festivals next summer, Glastonbury is my old stomping ground! 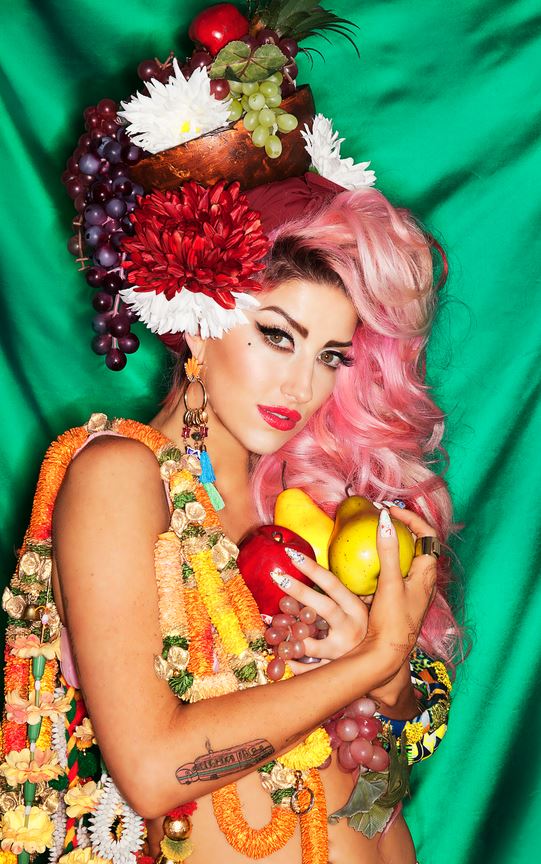 Who runs the world?
Unfortunately, the most corrupt of humans.

If you could travel back to any point in time, when would it be and why?
Back in India when I was riding motorbikes around and living in the jungle!

London or New York?
They’re too different you can’t really pick. I love living in LA though, the sun is always shining!

What are you doing after this interview?
Finishing this pasta in Little Italy in New York.

Neon’s track Yard Sale is available for purchase here. To support Neon and her fan label visit her website.

All photos courtesy of Neon Hitch
Photography by Sequoia Emmanuelle