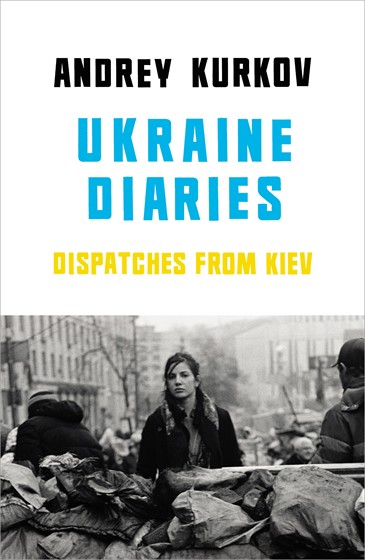 Born in St Petersburg, he has been a resident of Ukraine since the fall of the Soviet Union, having completed his military service as a prison guard in Odessa.

Kurkov is known for his ability to mix a remarkably concise view of his surroundings with his dark humour and penchant for placing ordinary characters in extraordinary situations.

It’s a book of reflection; a dark, menacing, day-by-day account between November 21, 2013 and April 24 2014 that shows how a revolution affects those who observe it.

He does his best to retain his weekly routine: organising a paintball party for his son’s eleventh birthday, growing potatoes at his dacha and taking his parents to the hospital for cardiogram tests.

But witnessing his fellow citizens fighting one another in the streets and being made to listen to the propaganda spread by the Yanukovych administration ages him, by his own admission, “five years in three months”.

Fans of Andrey Kurkov’s novels may find Ukraine Diaries: Dispatches from Kiev disappointing, because it’s exactly what it says it is.

There is none of the surrealism that he’s famous for, simply the every day activities of one of Ukraine’s finest literary minds living so close to Kiev’s Independence Square.

It could be said that there are too many words spent on family dinners and not enough explanation about the background of Ukraine’s relationship with Russia.

But to expect something more academic is perhaps missing the point of the book in the first place.

The renewed tension between Ukrainians and Russians is felt acutely by Kurkov and his anger is directed at both the EU and the Kremlin, because the clear support for the initial uprising in Maidan Square fell away.

Kurkov does not offer a practical solution to the war in the east of the country or say how Ukraine will survive the near future without permanently losing more of its territory, but that doesn’t mean Ukraine cannot become part of Europe. “…the Maidan, our European revolution”, Kurkov writes in the afterword, “has become history. But this history is unfinished, not yet ready to be a page in a textbook.”