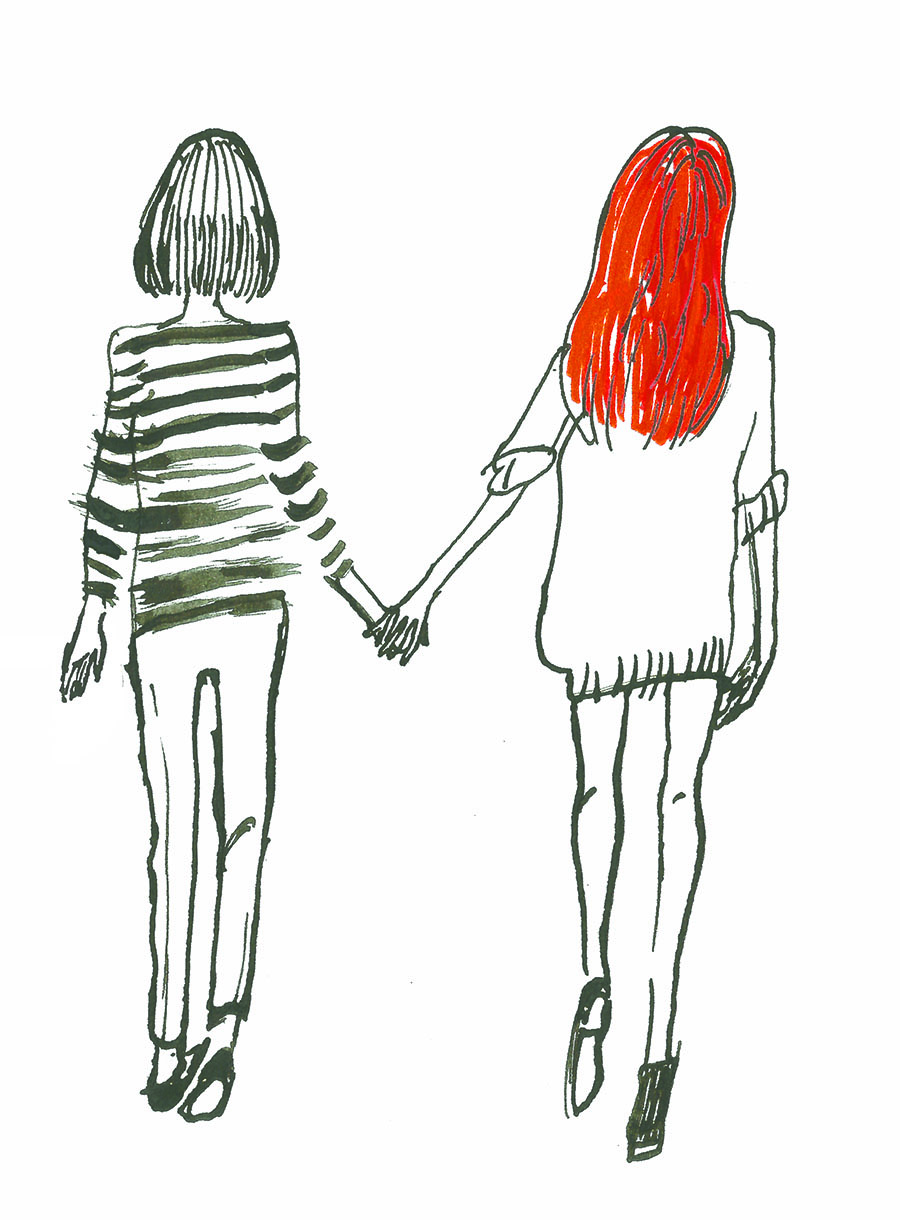 Almost every time I meet a new person I’m forced to watch them as their brow furrows and an expression of both shock and confusion washes over them as I tell them that the beautiful woman next to me is my girlfriend.

I’m a woman, and she’s a woman, and I’m completely in love with her. She’s successful, pretty and extremely likeable – therefore people assume she’s straight.

[pullquote align=”right”]She’s successful, pretty and extremely likeable – therefore people assume she’s straight.[/pullquote]I feel both angry and disappointed in people every time I encounter this shock and confusion at my sexual orientation and successful relationship with another ‘straight-looking’ woman.

I’ve had a think about these stereotypes, which still very much exist when it comes to determining a woman’s sexuality, and what goes through a person’s mind when deciding that I’m straight.

I take myself back to the many times when I’ve been stood in front of a new person and they’re processing the fresh – and evidently shocking – information that the two women in front of them are, in fact, not straight! Shock! Horror!

They weren’t expecting that, were they? But why wasn’t this even an option in their mind?

Well, almost everyone assumes that a woman is straight once they’ve inspected them against a mental checklist of the women in question’s attributes and exterior.

This checklist is usually conducted without even realising.

With men the checklist is slightly more advanced.

Let me explain… If a man fails the ‘are they gay, are they straight?’ test (consisting of the way the man is standing, their dress sense, mannerisms, voice etc.) and the man is in no way camp, he’s still not assumed to be straight – there is still a possibility he could be gay.

However, with women the process seems to differ. After a similar mental checklist is conducted, and the woman fails all checks (so she’s in no way a ‘dyke’ or ‘butch’ or any other derogatory slang terms for lesbian) they’re almost always definitely STRAIGHT.

Which is why I continuously find myself in this frankly awkward situation – when the secret’s out – and I’m found to have a girlfriend, when I’ve failed all of the prejudice-ridden, stereotypical mental checks, and the person is left feeling both baffled and cheated by their own mental checklist.

Unfortunately it took me a while to realise that I’d actually been failed by my very own mental checklist (yes, I am slightly over-simplifying my own inner turmoil with discovering my sexuality), and therefore thought that I was 100 per cent straight.

Confusion and an eager desire to work out who we really are during adolescence is present in everyone.

With my very own checklist conducted and failed without my realising, I was no closer to working out why I felt at a loss, with an emptiness in my mind and a lump in my throat.

I ended up falling in love with my best friend from school.

My ‘coming out’ story was slightly easier than many as I’m lucky enough to have very understanding and caring parents, but I still held off telling them for months and months due to fear of their disapproval and misunderstanding my situation.

It’s continued to be difficult having to constantly ‘come out’ to people at work, some of my friends, and my family. 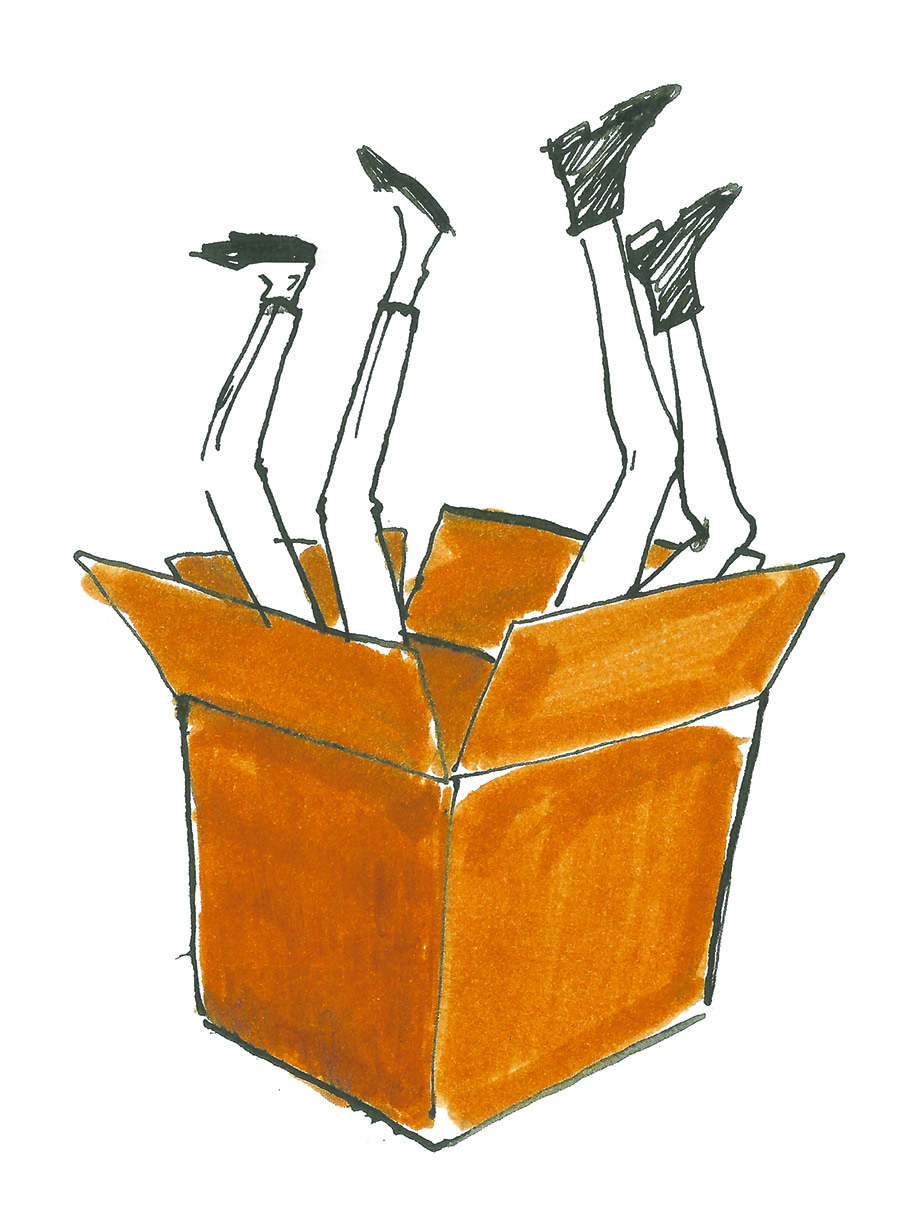 I’ve realised that my own checklist has in fact caused me much misery and turmoil.

A set of pre-historic rules; rules I’ve picked up from here, there and everywhere, have placed me into a box.

A human’s need to define a person and put them into one box determining their sexuality has affected, and is still affecting, people all around the world.

You don’t have a clue what he or she has been through to get to where they are today in terms of their sexuality.

So when you vocalise your assumptions, and you’ve gotten it wrong, you’re merely confirming to this person that you have a stone-age checklist, which you’re not willing to revise.

You’ve also put them into an uncomfortable situation.

My point is, our mental checklists are very much past their expiry dates; they’re growing mould.

I hope that one day, very soon, you’ll notice and revise your prejudices and stereotypes to stop pigeonholing people.

Oh, and one more thing. Ready for the curveball?

By Ginebra Rocha
4 Mins read
We reflect on the unremarkable feeling of being “just another option” on dating apps in London.
AudioLife