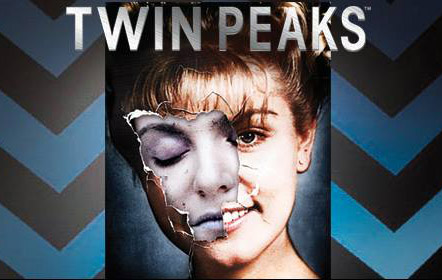 “I like the idea of a continuing story…and television is way more interesting than cinema now. It seems like the art house has gone to cable.”

These were David Lynch’s words when speaking to The Independent earlier this year, subtly pre-empting the recent news that his cult TV drama, Twin Peaks, will return to US screens in 2016.

For the unacquainted, Twin Peaks was the game-changing murder-mystery that captured imaginations worldwide in the early 90s with its offbeat take on the American soap opera blueprint.

Its story focuses on a murder case in the fictional Washington town of Twin Peaks, juxtaposing the macabre with the mundane in true Lynchian style.

While the news of a third series came as a surprise to most, its timing feels pertinent, arriving at the apex of a golden era for television drama, and one heavily indebted to Twin Peaks.

The show broke the ice for all that followed, its surreal themes and sinister sophistication running deep in the likes of The X-Files and The Sopranos. If the latter is seen as the forebear to recent network hits such as Breaking Bad, Mad Men and Boardwalk Empire, then Twin Peaks is the godfather of the lot.

So, what can we expect from series three? There are many unanswered questions, but as is the nature of the show, these will most likely stay that way.

Crucially, all nine episodes will be written by creators David Lynch and Mark Frost, with Lynch on directorial duties.

A recent Kyle MacLachlan tweet (“Better fire up that percolator and find my black suit”) suggests he’ll be reprising his role as FBI Special Agent Dale Cooper, but elsewhere clues are thin on the ground.

Speaking to Buzzfeed about the direction of the show 25 years on, Frost is keeping his cards close to his chest:

“It’s different and yet the same. It’s reassuring, and yet, I hope, equally startling and unsettling. And, more than anything it does, Twin Peaks is kind of a way to look at the world. And this is a chance to refine that vision, so many years later.”