Comedian and political activist Russell Brand has quashed rumours that he’s planning on running for Mayor of London in 2016, telling listeners on LBC radio: “I’m a comedian, I’ve got enough on my plate.”

The speculation followed a heated Newsnight interview with Evan Davis on 23 October, during which Brand was asked whether he might stand for election in 2016. Four days of media frenzy followed the interview, which Brand was giving to promote his new book, Revolution. 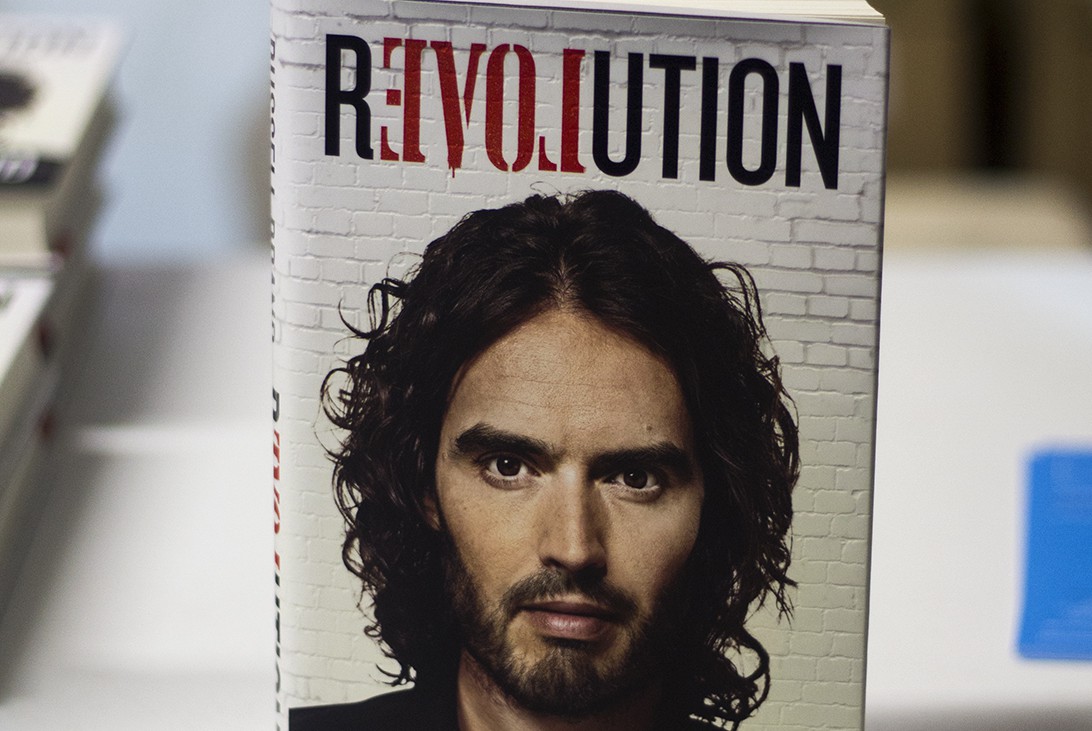 In his new book, recovered sex addict Brand calls for ‘unity’ in a bid to overthrow the capitalist system, which he claims only serves those at the top of the socioeconomic food chain and politicians.

“The time where people trust politicians,” said Brand, “that’s over. I’m not suggesting they start trusting me, an entertainer, but there’s no one to represent us.”

But if he had decided to run for Mayor, would he have had a base of support? We headed to City Hall to see whether anyone actually believed Brand could make Mayor of London.

Rob Connor, 28, a publisher, said: “I would have supported him, because I think that he gives a totally different view. I guess young people would have an understanding and give a loyal base of support.”

[pullquote align=”right”]”I agree with some of the stuff he says, but he’s such a cock.”[/pullquote]But when asked if Brand would be able to cause the ‘total chaos’ he called for in Revolution, Connor said: “I don’t think he would have enough powers at the moment to make any definitive recommendations. Westminster would always make the final decisions, though it would be interesting if he were to get more powers.”

Davis pointed out the irony in Brand engaging more young people to think about political issues. Brand said on Newsnight that ordinary British people “don’t feel like they’re being represented.”

Speaking to LBC, Brand said “it’s Boris Johnson and the Government we currently have that don’t represent ordinary people.”

Alex Dakin, 21, thought that it was just another publicity stunt, that “it’s not very realistic, it’s not gonna happen. I think he’s got a book out hasn’t he?”

When asked “do you think he has a base of supporters?” he replied, “no I don’t think so.”

Another member of the public, who didn’t want to be named, said: “I agree with some of the stuff he says, but he’s such a cock.”

Brand has serious trust issues with the capitalist system as it is now. “Capitalism isn’t working” he said, pointing out that Boris has more meetings with bankers than ordinary people, that “he has a lovely head of hair, but normal people are being turfed out of their homes.”

Brand says, “I would, in all seriousness, give my vote to any politician who had the guts to say: ‘What personal qualities do the British have? Well, let’s see. Lazy, ill-informed, self-righteous, resentful’.”

A lot of people give Russell credit for being a good man and for making politics more attractive to teens.

He reinforces his point on LBC that “what I want to do is amplify the voices of people who are already doing these things. People have got their own answers.”

By Hamida Ali
5 Mins read
A Just Stop Oil protester, who has been actively causing significant disruption in the UK for the past few weeks,…
Politics

By Natalia Zelazowska
4 Mins read
The war in Ukraine doesn’t seem to end, but military actions and progress are not everything. What has been happening…
Culture

By Lillie Butler
4 Mins read
What’s the real story behind the Big Issue sellers and how have they fared through the pandemic?