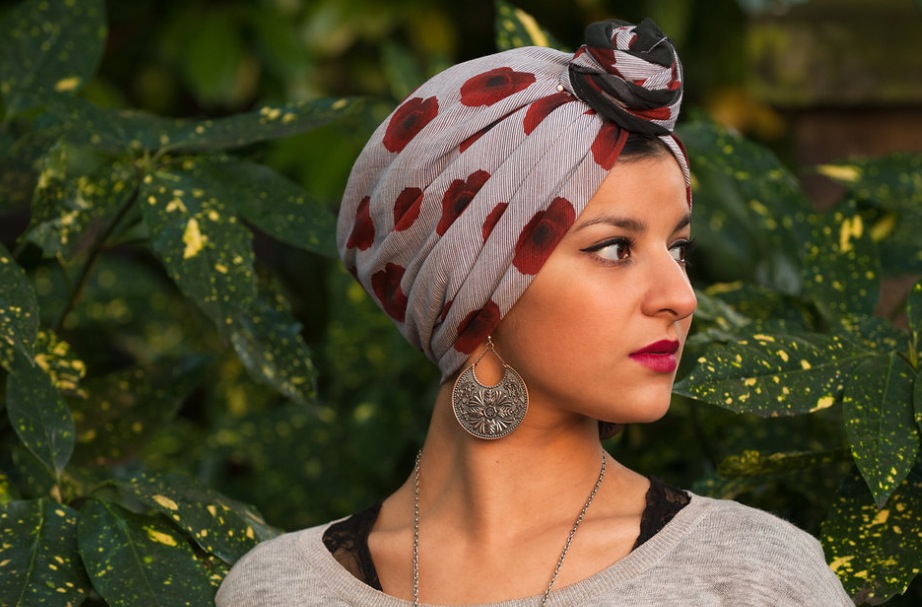 Tabinda, 24, said: “This project marriages two very important elements of our identity – our faith and our culture.

“Just like many of us here we have been born and raised in Britain and so naturally adopt a very western culture. Its history is a part of us regardless of our faith, and I’m really hoping that visually illustrating this connection will allow people to acknowledge and remember this.”

Tabinda says the idea behind her design is to simply allow British Muslims to have a unique way to commemorate all the soldiers lost in the war: “The project also coincides with the 100 years since Khudadad Khan was awarded the Victoria Cross for his bravery in the World War I.

“He was one of 400,000 muslim soldiers, so that should help tackle a lot of the misconceptions about the muslim involvement and their genuine care for the country in which they now live,” said Tabinda.

There were many who embraced the concept of the poppy-printed head scarf wholeheartedly, including Conservative politician Baroness Warsi.

British Muslims urged to wear headscarf as symbol of remembrance http://t.co/Hs47me4WTL via @MailOnline. I want one! Where can I buy one?

But some UK muslims say they disagree with the politics behind it. Online, the scarf has received a mixed reception, with some taking to Twitter to mock it as a test of British loyalty.

I’m outraged at the fact that the ISB want me to wear a #poppyhijab. My hijaab is symbolic of my religious conviction not a billboard!

So, everyone gets to buy a poppy for a £1 but Muslim Women are urged to pay £22 for a headscarf. I swear remembering used to be free?

Poppy #hijab is part of racist hysteria: “Oi dusky #Muslim woman! Prove how British you are, how loyal you are.Guilty until proven innocent.

Arij Limam, a student at London College of Communication said: “As always muslims are made to go that extra mile to ‘prove’ that we’re proudly British and muslim, and not all bomb-happy lunatics… it’s alienating. I don’t see poppy kippahs or turbans being designed.”

Sughra Ahmed, president of the Islamic Society of Britain says it’s a personal choice, not a loyalty test and it can be worn by anyone – muslim or not.

Poppies must be our personal choice, not a loyalty test. Poppy hijab helps to say @WeRememberToo writes @sughra01 http://t.co/GUALNi96fB