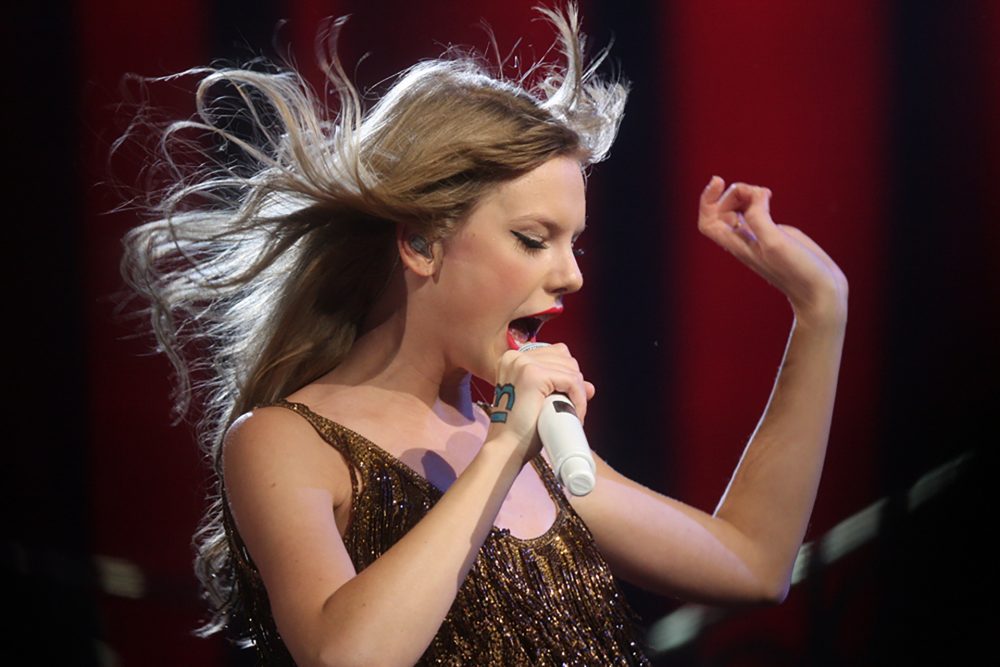 Taylor Swift has intensified the debate over music streaming services by pulling all of her songs from Spotify.

The decision to remove her music (apart from one track, Safe and Sound) came as a surprise to Spotify users as well as the streaming service itself. Spotify did not receive a formal takedown notice until October 30.

This is the worst. @taylorswift13 has pulled all her music from @Spotify! Be sound and put it back on. Please. #justsayyes — Eden McLaughlin (@edenmcl) November 3, 2014

Earlier this year, Swift lumped streaming in with file sharing and piracy as reasons that album sales have shrunk dramatically over the last decade and a half. Rights holders tend to make between $0.006 and $0.0084 every time their song is played on Spotify.

Swift’s decision is the latest chapter in her turbulent relationship with Spotify. In 2012, Swift withheld her album Red from the service months after its initial release. Released last week, her new album 1989 never made it onto Spotify.

Despite Spotify’s tiny per-stream earnings, Swift has been named the second highest-earning woman in music in 2014, earning $64 million so far this year.

Robert Dean, a fan of Swift, said: “It’s difficult to know whether she has pulled the music because she’s being greedy or if it really is about creative dignity.

“From my perspective, for a woman earning so much money, why not let her fans stream her music through Spotify? It’s not like it’s illegal.”

Spotify has 40 million users, and statistics from the streaming service say that 16 million of these users have played her songs in the last 30 days and that Swift is on 19 million playlists.

@abalos We love @taylorswift13 too! You’re one of the 40MM of us who want her to stay stay stay. It’s a love story baby, just say Yes!

In response to Swift’s statement that online streaming services are a way of providing free or cheap music, Spotify said they pay 70% of their revenue back into the music community.

It said: “We believe fans should be able to listen to music wherever and whenever they want, and that artists have an absolute right to be paid for their work and protected from piracy.”

Another Swift fan, Molly Verdi, said: “I read what Taylor had to say about it [music streaming services] and I don’t agree. I think music should be free and Spotify is a good opportunity for artists to get known.”

Spotify have released a message on the news section of their website pleading for Taylor Swift to return to them. In their message, Spotify included two playlists dedicated to Taylor Swift, called A little Playlist Poetry for Taylor Swift and What To Play While Taylor’s Away.

The end of the post uses her song lyrics to sum up their general message: “PS – Taylor, we were both young when we first saw you, but now there’s more than 40 million of us who want you to stay, stay, stay. It’s a love story, baby, just say, Yes.”

However, not everybody shares that sentiment:

Taylor Swift taking her music off Spotify is so considerate. While she’s at it, can she take out MY garbage? — Julie Klausner (@julieklausner) November 3, 2014