Jay Phelps and the jazz dilemma

How far should you go to stick to something you love? Is money enough of an incentive to forget your principles and forget what you stand for?

They are questions London-based Canadian trumpet player Jay Phelps asked himself when he was at the junction between commerciality and jazz independence.

Phelps is one of the leading figures on the London jazz scene, but like most is well aware the genre doesn’t enjoy the popularity it once did.

A few years back he had the option to enter the world of pop music as a backing musician. Things didn’t work out, and for Phelps it was probably for the best: “I thought to myself if I was actually doing that, being on the road like that, could I live with myself?”

Phelps followed his heart and brought out his first album – called J-Walkin – in 2011 with the idea of reviving the blues and swing of the 1940s. 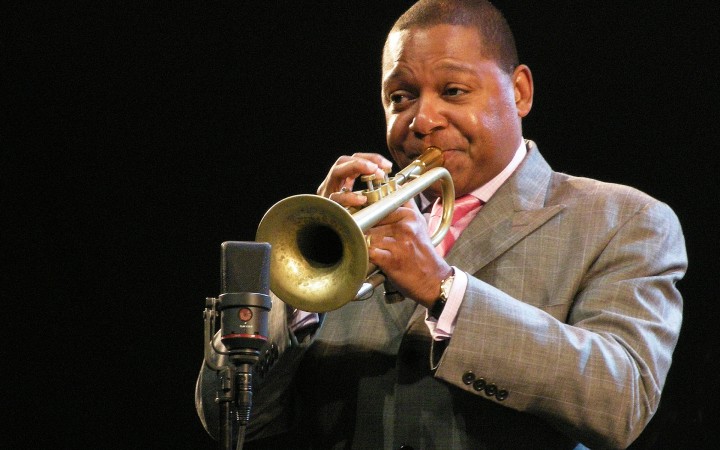 “If it has a modern take on a song from the ’40s, it can still be fresh. Wynton Marsalis (considered one of the best trumpet players alive) was the first one to do that 30 years ago, and my feeling was I could do that as well.”

Phelps believes that the listener doesn’t have to like jazz to listen: “My code has always been that if it’s played right, presented in the right way, anybody can be into it. Someone who listens to punk, hip hop… it doesn’t matter. Many times people have come to me and said ‘I never listened to jazz but your music really touched me’.”

It’s hard for young jazz musicians to find a stage outside the practice room and to play for a real audience. Phelps started out when he moved to London in 1999 at the age of 17 determined to immerse himself in the scene.

He was soon recognised for his talent and given a chance to play in Tomorrow’s Warriors, an off-shoot of Courtney Pine’s Jazz Warriors. In the following years, Phelps left the band and became one of the creators of the successful jazz band Empirical.

Phelps says today’s jazz musicians lack something that artists had 50 years ago.

[pullquote align=”right”]”It’s not about just going to the practice room and that’s it. You have to have experience in life in order to be able to get your music and energy across to your audiences.”[/pullquote]

He mentions the greats: John Coltrane, Charlie Parker, Louis Armstrong; musicians who had the ability to play for themselves but also for their audiences. Phelps believes that many contemporary musicians only have the former, creating an insular world.

However, he realises that not everyone has been as lucky as him. He was born in Vancouver and attended various jazz festivals where he got to see many famous artists.

He would eventually become the youngest band leader (at 15 years old) in the history of the Vancouver International Jazz Festival.

He tells me: “I’ve met the greatest musicians who would always tell me these stories about what they’d been up to and the whole experience that comes with it.”

This is the point where it goes wrong, concludes Phelps, when he looks at the new generation of jazz musicians.

“It’s not about just going to the practice room and that’s it. You have to have experience in life in order to be able to get your music and energy across to your audiences.”

“A lot of the musicians today are young guys who practice for many hours and are technically amazing. But they don’t have the ability to give the music the extra meaning that it should have, that extra expression which always has to be part of it. It’s something unquantifiable that’s only attained through life.”

It doesn’t just apply to jazz music, according to Phelps. “It’s not just a disease of the contemporary jazz musician, but a disease of the way we think today, a plastic way. Shielded from life, shielded from what can harm you or what can make you grow. I’m talking about real life things and that’s what all artists that hang on our walls have, they lived life.”

Phelps is currently working on his second album and realises he needs to look for innovation in his music. “Where I’m at today, I know that if I go blues and swing the whole way on my next album, keeping my heart 100 per cent warm, I don’t think a lot of people would pay attention to it.

“It will be like: ‘Here’s a guy that does what they were doing in the 1950s. People aren’t going to listen if you don’t have something new to say.”

The dip Phelps says he experienced after his first album is over and he looks forward to the future: “It’s exciting times now because I might be in a position where I might be able to get a good deal, to join a good label. Hopefully, really be a part of the international life of jazz, not just here in the UK or Europe but everywhere.”

“I’ll be making a demo soon and I’m trying to get a Blue Note deal. It’s going to be really difficult if you’re not something people are looking for. I’m in a position now where it might happen, I’m very thrilled.”

Another trumpeter, Nicholas Payton, once said “Jazz died in 1959”. Through Jay Phelps, it’s still very much alive in 2014.

Jay Phelps will be playing at the Hippodrome Casino in Leicester Square on Thursday November 20.