Fashion from Ikea: could flatpack clothes take off? 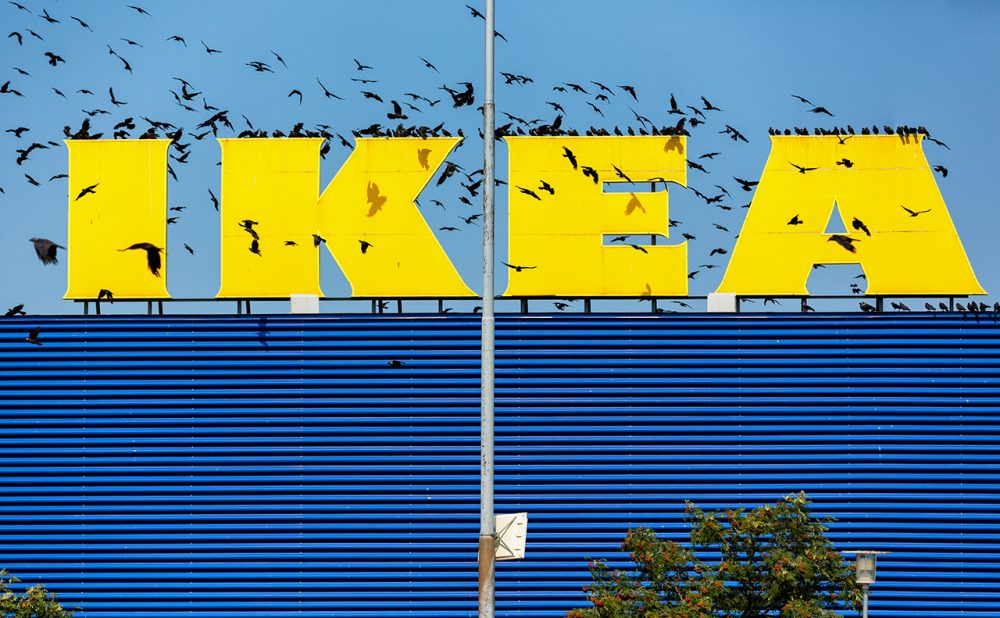 The Swedish affordable furniture giant has conquered the world. The BILLY bookcases can be spotted in flats and shops all over the place. Thick duralex glasses are being bought in wholesale amounts by restaurateurs and café owners. The PAX wardrobes can be found in hundreds of thousands of British flats.

So is it about time Ikea ventured into fashion? Swedish author and business consultant Stefan Engeseth sure thinks it would be a natural decision and a way of broadening the company range.

How many of you have never been to an Ikea? No hands raised. Each of us, at some point of our lives, have opened a Swedish brand-labelled box. The so-called ‘hacking’ of Ikea-bought furnishings has become somewhat of a passion for many DIY enthusiasts (search for ‘Ikea hacks’ and be prepared to be swept off your feet by peoples’ creativity).

How about a saw-it-youself skirt? Or a T-shirt? Stefan Engeseth, thinks Ikea could begin offering clothing as part of its line-up. Following the pattern of its furniture, the company could sell elements for self-assembly clothing. Ready-made, cut and scaled materials, all the necessary tools and of course – an instruction manual.

Sounds cool, huh? “A ‘timeless’ collection designed with Ikea aesthetics – that would be something!” commented Agatha, an MA in Fashion Communication student at Central Saint Martins.

She added: “Just think – clothes with a Scandinavian soul – plain tops, good quality woollen jumpers and well cut trousers. I could see this happen as a cross between COS and & Other Stories with a touch of H&M-esque kitsch.”

But not everyone is ready to jump on the flat-packed wagon. Tom, a 26-year-old fashion assistant at Elle Poland, claims he wouldn’t be caught dead in the Swedish brand-labelled clothes. “Ikea isn’t exactly a brand whose customer I aspire to be. I wouldn’t like people to see their furniture at my place, let alone be seen in their clothes – fashion is all about the ideal you and putting this concept out there,” he says.

Besides image and cool factor, there are other advantages Ikea labelled clothing might have over high street stores. “Don’t forget Ikea’s fashion wouldn’t go fishing for customers who shop at the designers – it’s a whole different sector of the market,” says Angela, a PR intern at Local Heroes, a brand whose sweatshirts and hats have been spotted on celebrities such as Rita Ora and Cara Delevingne.

Angela said: “The note they should be hitting, I think, lays in the production. Keep it fair-trade and base the majority of it in Europe – like they do with their furniture – while keeping the prices Ikea is known for. She added: “I can see a serious competition for many high street retailers whose manufacturing process relies on underpaid, benefit and healthcare-free workers at Asian production sites.”

That being said, a collection of fundamental key pieces, timeless and durable clothing seems like something Ikea could consider. After all, the ‘Ikea family’ is an inside club of over 57 million members. Their potential customer base would be, as Engeseth puts it, “the longest catwalk ever”.