Globetrotter Boccaccini aiming for the top 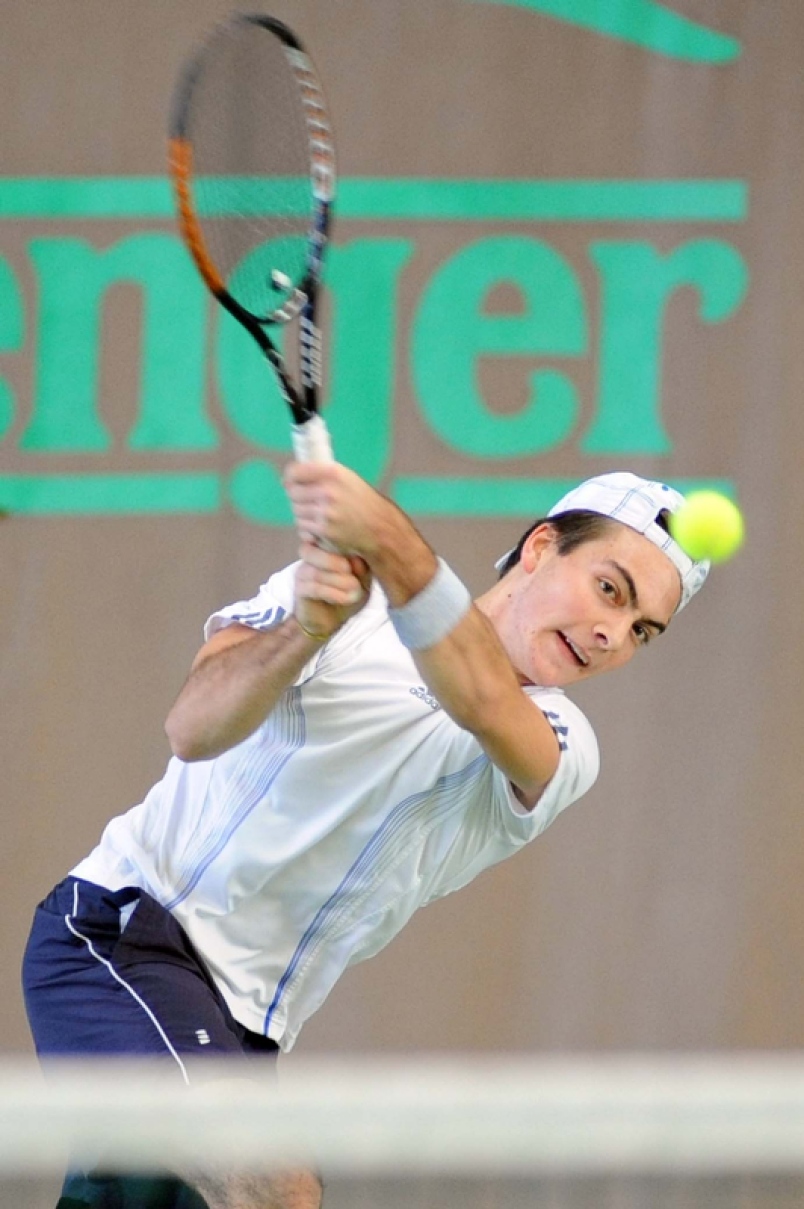 Gabriele Boccaccini now back in the US to further his career

When you think of tennis, the popular images are the prestigious Grand Slams such as Wimbledon and the US Open, with millionaire players living in tax exile in Monte Carlo. However being a tennis player isn’t all glamour – for every Rafael Nadal there are hundreds of players who are toiling away making a living in the hope that one day they can find themselves on Centre Court.  One of those dreaming of Grand Slam glory is Gabriele Boccaccini.

The 20 year old was born in America but moved to Italy at a young age. He has now returned to the land of his birth to launch his professional career. As a child he enjoyed a typical American childhood playing many sports, before deciding to focus on tennis.

When he moved to Italy he began to take his tennis more seriously. He joined his local tennis club and rose through the ranks to playing tournaments at national level. Under the guidance of former world number 131 Marco Meneschincheri, Boccaccini’s game developed to the stage where he realised he could make a career out of the sport.

Boccaccini moved back to America and is currently based in Southern California, which he describes as being a “hotbed” for tennis. The state has produced many tennis stars such as the Williams sisters, mens doubles specialists the Bryan brothers and the hugely successful coach Brad Gilbert.

Finance and a higher standard of competition were the main factors for Boccaccini’s move back to the States. He is one of many who have re-located to get the best possible development in their game: “Many young international players come to America as they have many tennis academies.

“The most prominent is the Nick Bollettieri Tennis Academy  where many international players have graduated such as Maria Sharapova and Monica Seles,” he says.

Boccaccini explains: “I play mainly on the baseline. My game play is very forehand orientated; about 80 per cent of my shots are with my forehand. Fernando Gonzalez had arguably the best forehand while he was on the tour and Monfils baseline coverage is insane. His court coverage is amazing.”

Boccaccini offered advice to striving tennis hopefuls.  “First of all join your local tennis club, base your game on a player and give it your own identity. You have to be determined in this profession as your coaches do discourage you for your best interests.”

One point Boccaccini emphasises is that: “Ambition is key, if you don’t have this it will be very difficult to succeed”.

The Italian-American has set himself a number of targets for next year. His main aim is to play in more tournaments on the ITF (International Tennis Federation) pro circuit, the lowest standard in the men’s professional tennis ladder.

He said: “I want to partake in more ITF futures tournaments, that should help me gain ATP (Association of Tennis Professionals) points and hopefully lead me into the qualifying rounds of a Grand Slam”.  If he appears on Centre Court any time soon, remember where you heard the name first.