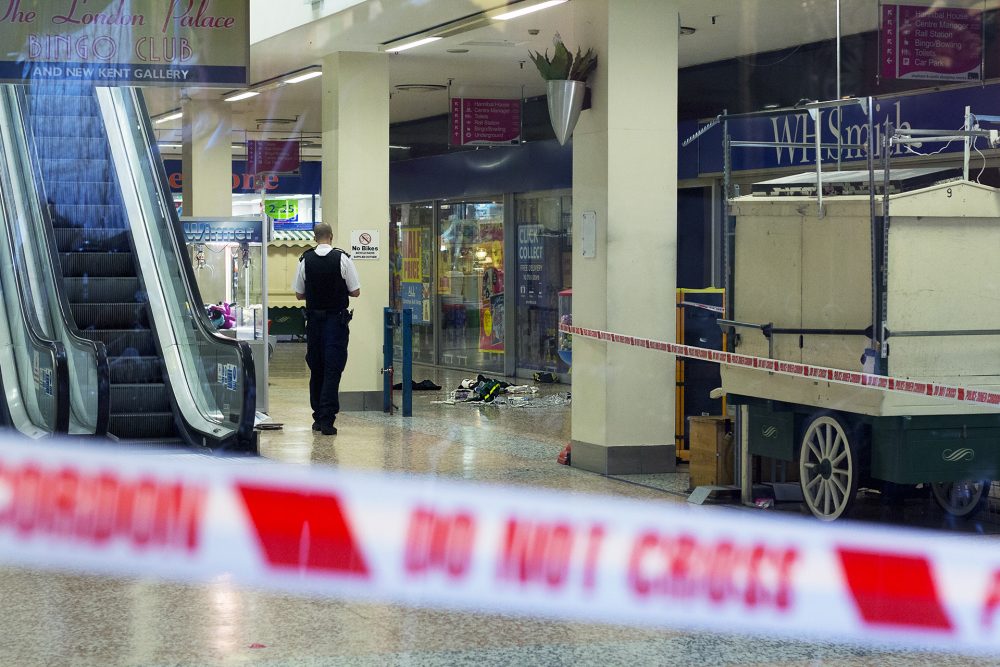 A police investigation is underway after a man was stabbed at Elephant and Castle Shopping Centre.

The assault took place outside the local WHSmith branch inside the shopping centre around 1:30pm on Wednesday.

A member of security at the shopping centre, who didn’t want to be named, said: “I found him [the victim] on the ground, bleeding and bleeding … he was stabbed in the neck. I think he’s going to die.”

The victim, believed to be a habitual customer in his late twenties, was taken away by ambulance shortly after the attack.

Saw blood and clothes on the floor at elephant and castle, someone has been stabbed

Police arrived at the shopping centre after receiving a call at around 1:42pm and are now checking CCTV cameras in order to identify the assailant, who is said to have escaped through the exit onto Walworth Road.

The security guard in charge of CCTV during the attack said she had just seen the victim in the morning, and ran to the scene when she heard people screaming.

The area was cordoned off as the police investigation got underway.