Sid Meier’s Civilization is one of the staples of PC gaming. Grand strategy in an easy-to-master turn-based hex formula is at the heart of the series, the latest of which seeks inspiration from developer Firaxis’ much-loved Alpha Centuri games.

Anyone coming into Beyond Earth from Civ V should instantly feel at home. The user interface and general look and feel of the games remains relatively unchanged.

Previous Civ games have taken players through various Earth-based time eras, starting with a basic stone age scenario and moving all the way up to a successful technological superpower, but Beyond Earth could be considered the next step up from Civ V. It challenges the player to tame a new hostile alien world as well as dealing with the usual diplomatic problems. 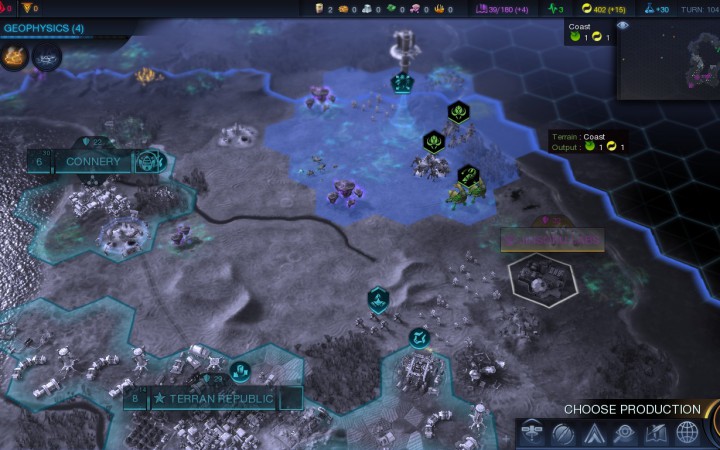 Gone are the barbarian camps; they’re now replaced by alien hives. Gone too are city-states; they’re replaced by private companies that develop as you trade with them.

Diplomacy remains the same. You converse with the leaders of the respective civilisations making trades and pacts, declaring war and such.

Other additions include the quest list, which rewards players for completing set objectives. What’s great about this is when a certain event arises you’ll be asked to choose between two options that provide different benefits, thus adding more diversity in the way you can play out a campaign.

Victory conditions are now tied into the new affinity system. As you progress, each decision you make earns points to one of three attributes; Supremacy, Purity and Harmony.

Not only will these points earn you specialised units, but also affect your standing with the other leaders.

Gone is the basic linear research tree, replaced instead by a research web. The progression system in Civ V worked because you were progressing through the ages of the world – this was based on historical progression. Beyond Earth’s futuristic setting isn’t tied to these historical events.

The research web in Beyond Earth appears daunting at first, but as long as you initially focus on the inner circle of tech development, you should see yourself through the early game, no problem. It’s only later when you need to start specialising in a particular path, opting for techs that benefit your chosen affinity. 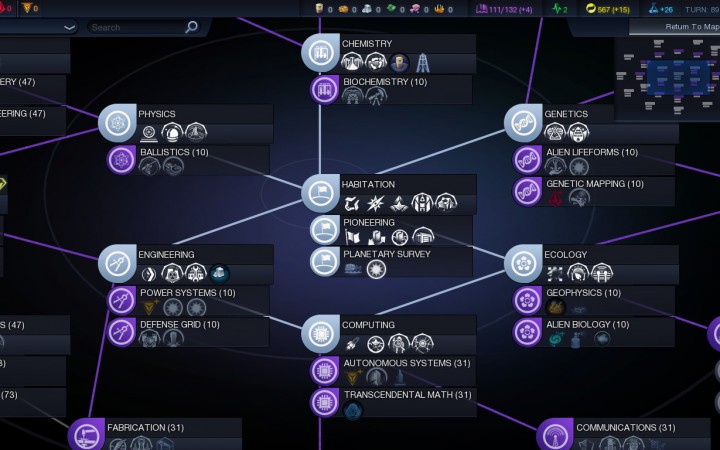 The main issue with Beyond Earth is actually the setting itself. With Civ V you could position yourself in such a way that would lead to some really entertaining battles: helicopter gunships vs. pre great war troops for example.

These situations were what made the game – Beyond Earth can’t really replicate that. You can deploy a giant Mech against some basic ground troops, but it’s not the same.

If you’re new to the Civilization series then Beyond Earth is as good a place as any to start. For those more seasoned in the Civ games you need to consider just how much you want a new instalment.

The game in hand is solid and still sits at the forefront of its genre, but its too-similar predecessor casts a large shadow over it.

For a gameplay walkthrough of Civilization: Beyond Earth touch here.