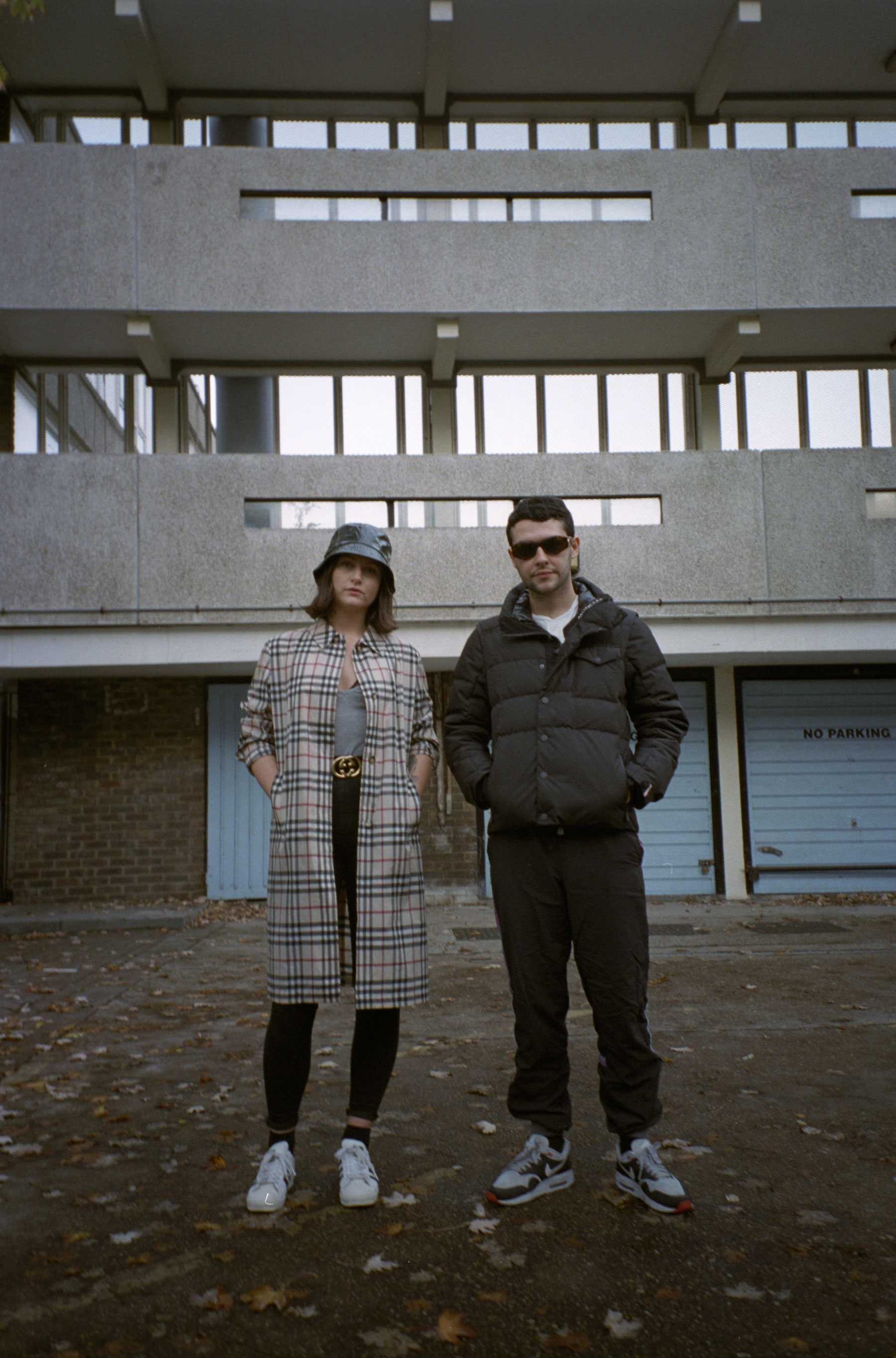 Trend forecasting is big business. A multi-billion pound growth industry dictated by data analysis and crystal balls, it shapes the future of what is hot and what is not in the creative markets.

It’s never more vital than in the world of fashion, and away from the pseudoscience punted by global forecasting agencies, the keenest eyes are focused on the grass roots.

One such focal point is Wavey Garms, a social media phenomenon that’s enjoyed a meteoric rise to influence and infamy over the past 18 months.

“At first, it was me and my mates showing off our clothes, bidding on things so you could switch up your garms without buying new gear,” explains Andres.

“So you buy a Stoney [Stone Island], wear it for half a year then swap it with your mate and you’ve got a new one. It was just mutual friends for about three or four months and then overnight there was suddenly this mad influx of new people.”

The group’s unexpected popularity demanded a new approach. Andres’ girlfriend Gabrielle Roberts, 24, stepped in as creative director and two new groups were set up – Wavey Ladies for the girls, and Wavey Kicks for footwear.

The format is simple – group members post a picture of the item they’re selling and other members bid on them. While the buying/selling process is straightforward, the criteria for what can be bought and sold isn’t.

As Andres summarises, “Wavey Garms has got influences from many different UK lifestyles – from rudeboys to skaters to drug dealers to football hooligans to chavs.”

Demonstrated by a Vice experiment last year, if a garm isn’t deemed wavey enough, its seller will likely feel the full, cynical wrath of the Wavey Garms community, or the item will simply be removed by the moderators, a process essential to the mechanics of the groups:

“…to me Wavey Garms is about brands – I don’t want Primark or Miss Sixty on there.”

“A lot of the people will kick off when we don’t approve a post, and the girls take it really personally,” says Andres. “Like they’ll message us saying, ‘You’re up your own arse you fucking arseholes’. But to me Wavey Garms is about brands – I don’t want Primark or Miss Sixty on there. I refer them to another group called the Boot Sale who’ll accept that shit. I haven’t created this without having some moderation.”

Exclusivity, towards both members and merchandise, is part and parcel of the Wavey Garms attitude:

“Our success to date is due to the nature and ethos of the business,” explains Gabrielle. “We don’t cater to the masses, and we don’t aim to reach everyone, everywhere. We want to keep our brand exclusive: for the knowledgeable, fashion-savvy customer. A small fashion community for those in the know. We’re not for everybody and we like that.”

It’s a confident, provocative approach to business, and one derived from Andres and Gabrielle’s own personalities:

“We’ve always been provocative, even as how we are as people,” says Gabrielle. “We are who we are and we like what we like, and if you don’t like it then that’s cool. We don’t care, we don’t take it personally.

“If Wavey Garms was a person it would be a cocky bastard. But that’s what’s kind of endearing about it – it’s not the norm, it’s not what people expect. And that’s something we love about it.”

“If Wavey Garms was a person it would be a cocky bastard.”

Wavey Garms now finds itself at a crossroads. With over 65,000 members currently active across the three groups, moderating them has become a full-time job, and while thousands of pounds change hands on the site each day, Andres and Gabrielle only see a minimal return from advertising revenue:

“I hear of loads of people saying they’re funding uni through Wavey Garms, like it’s their second job,” says Andres. “People are buying bargains off charity shops, eBay and boot sales and they’re earning £50/60 a piece. You know it’s like all the stuff that chavs used to wear, they’re putting it in charity shops and all the hipsters are buying it and doubling their money.”

“One thing to mention about the money, is we turn down a lot because people want to advertise with us and we say no,” adds Gabrielle. “We don’t want our group to be saturated and people to be like ‘what the fuck is this about?'”

Andres’ stance on the issue of advertising is firm: “I’m never gonna sell out. I’m never gonna advertise shit – I don’t care how much money they give me – I’m not gonna make my own brand pony.”

So how do they plan to monetise the business?

“We have some amazing brand marketing gurus mentoring us at the moment, who are helping us structure our business and focus on our strengths,” says Gabrielle.

“We want to keep Wavey Garms on Facebook for now, and are looking to see if there’s a way we can improve the groups which will not only benefit us, but also our community. Moving forward, there are three new components to our business plan – fashion consultancy, events and a pop-up.”

“It’s now about finding the next things,” Gabrielle continues. “We’ll consult for clothing brands and trend forecasters, providing market research and organising focus groups for said brands to gain insight into the youth market. I’ve recently been asked to speak at an event for the world’s leading trend forecasting site WGSN.”

Wavey Garms’ nascent clout in the fashion world is hard to overlook. A feature in the Guardian this summer described it as “the most influential fashion site in the UK”, and as Andres asserts, certain brands that enjoy popularity on Wavey Garms seem to be consequently undergoing a commercial revival:

“Moschino hired Jeremy Scott and he’s basically doing their ’90s stuff again, but he hasn’t executed it well. This is what I don’t get: all these brands that are coming back into fashion – none of the others have clocked onto it.

“Like Fila, you wouldn’t buy their new stuff, it’s all pony. You’d have to go on eBay and get their ’90s gear. Ellesse, out of the sports brands, are the only ones who have clocked, it seems to me.”

Away from spotting trends, hosting club events is a natural progression for Andres. Having already thrown several successful Wavey parties around London, his next steps are to scale up.

“Music is so integrated with Wavey Garms. I would say musically it’s jungle, grime and UK garage. That is Wavey Garms. We’re going to launch BIG parties. We want them to have an underground feel, so we’re looking at warehouse locations.”

Andres and Gabrielle also plan to extend the Wavey Garms fashion range, having sold out two of their own brand t-shirt lines. It’s an arm of the business they hope to tie in with a Wavey pop-up concept: 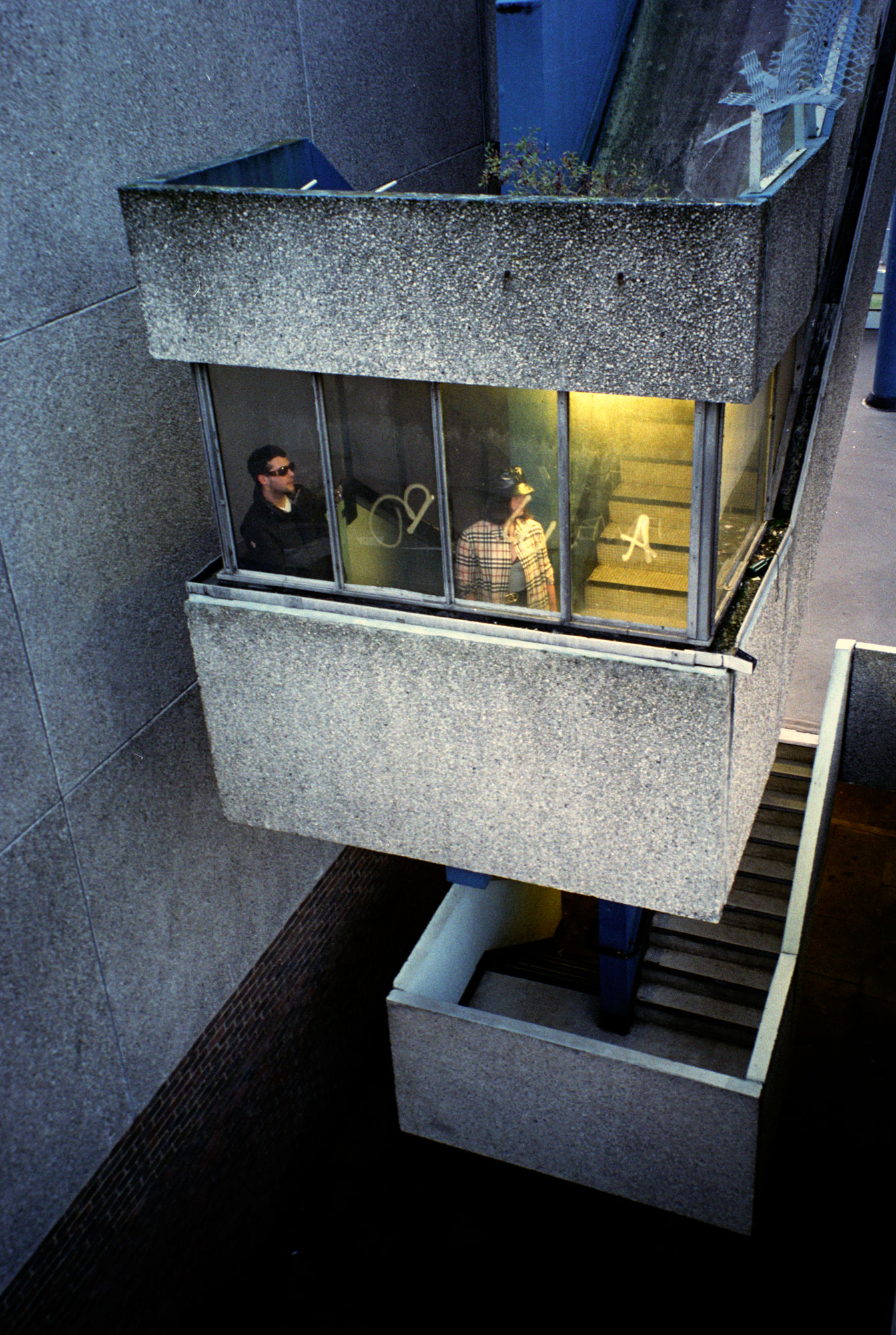 “In 2015 we’re going to launch the ultimate Wavey Garms pop-up,” says Gabrielle. “A market that we plan to take across Europe, full of the best clothing, DJs, drinks, a nail bar, etc.

“This will bring together our huge following, along with creatives and tastemakers. We also plan to hold smaller pop-ups within multi-brand clothing stores where we would merchandise our vintage pieces with new pieces from the store – another good way to interact with Wavey Garms members.”

So, big plans ahead for this young, ambitious brand, and while their reputation amongst the trend forecasting elite grows, their success remains rooted in something more fundamental – a commitment to the clued up community they’ve created.

And is Andres proud of their creation?

“It’s the best thing I’ve ever done in my life. I’m a normal guy, you know what I mean? You know, outside of this I wouldn’t have a good job or nothing. Wavey Garms is more than just the clothes, it’s a lifestyle.”