Everyone loves a good debate, and nobody’s better at sparking one than British artist Allen Jones.

If you’re unsure why his work is controversial, all will become clear when you walk into his exhibition at the Royal Academy. You’ll be greeted by a sculpture of a woman, half-naked wearing bondage gear on all fours, supporting a glass tabletop. This piece is called The Table.

Works like this have prevented Jones’ career from being widely celebrated, unlike other artists from the Pop Art generation such as Hockney – that is, until now. His latest show highlights his contribution to not only the fine art world but the film and fashion industry.

The exhibition comprises almost 100 works, from paintings and rarely-seen drawings to his famous sculptures.

While his abstract expressionism paintings are beautiful and clearly demonstrate his curiosity and intelligence, most people focus on his sculptures of the female figure. This includes his furniture collection, depicting women as a hat stand, table and chair. 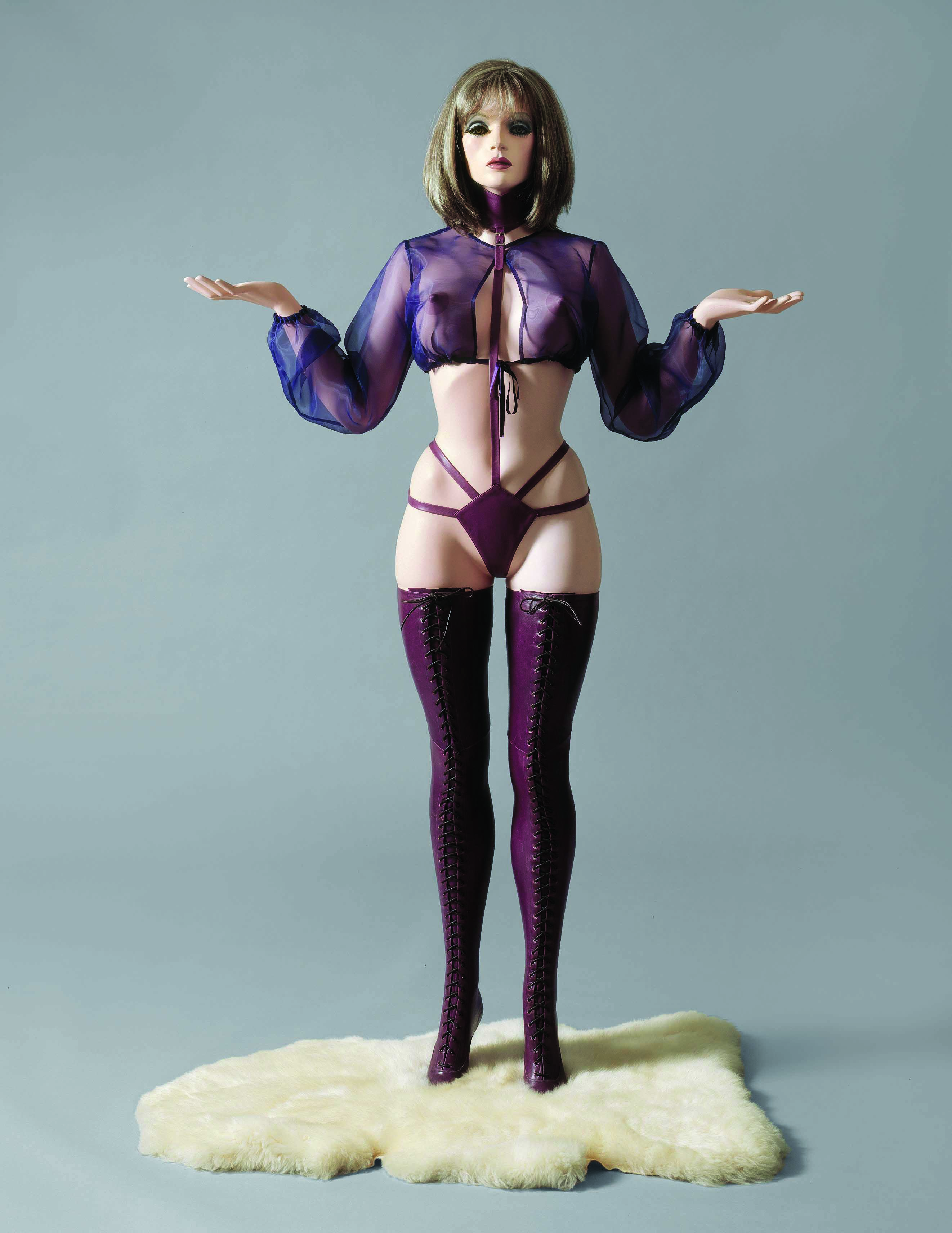 The moment this collection was exhibited in 1969, it invoked disgust among feminists, but the exhibition tries to show that these works demonstrate Jones’ keenness to experiment with popular culture’s various depictions of femininity.

Needless to say, this isn’t an exhibition visited by children, although you might find a few sniggering teenagers wandering tagging along with art-fanatic parents.

As a retrospective exhibition, we see how Jones experimented with paintings before moving onto sculpture. His earlier works were influenced by the European painting traditions and Abstract Expressionism, while pieces from the late ’60s show the influence of Roy Lichtenstein.

The exhibition is an intimate exploration into the career of this controversial artist. For those intrigued by his works, mind and influences, it is definitely an opportunity to grasp what makes this groundbreaking artist tick.

Allen Jones on display at the Royal Academy will be showing at Burlington Gardens until 25 January 2015.