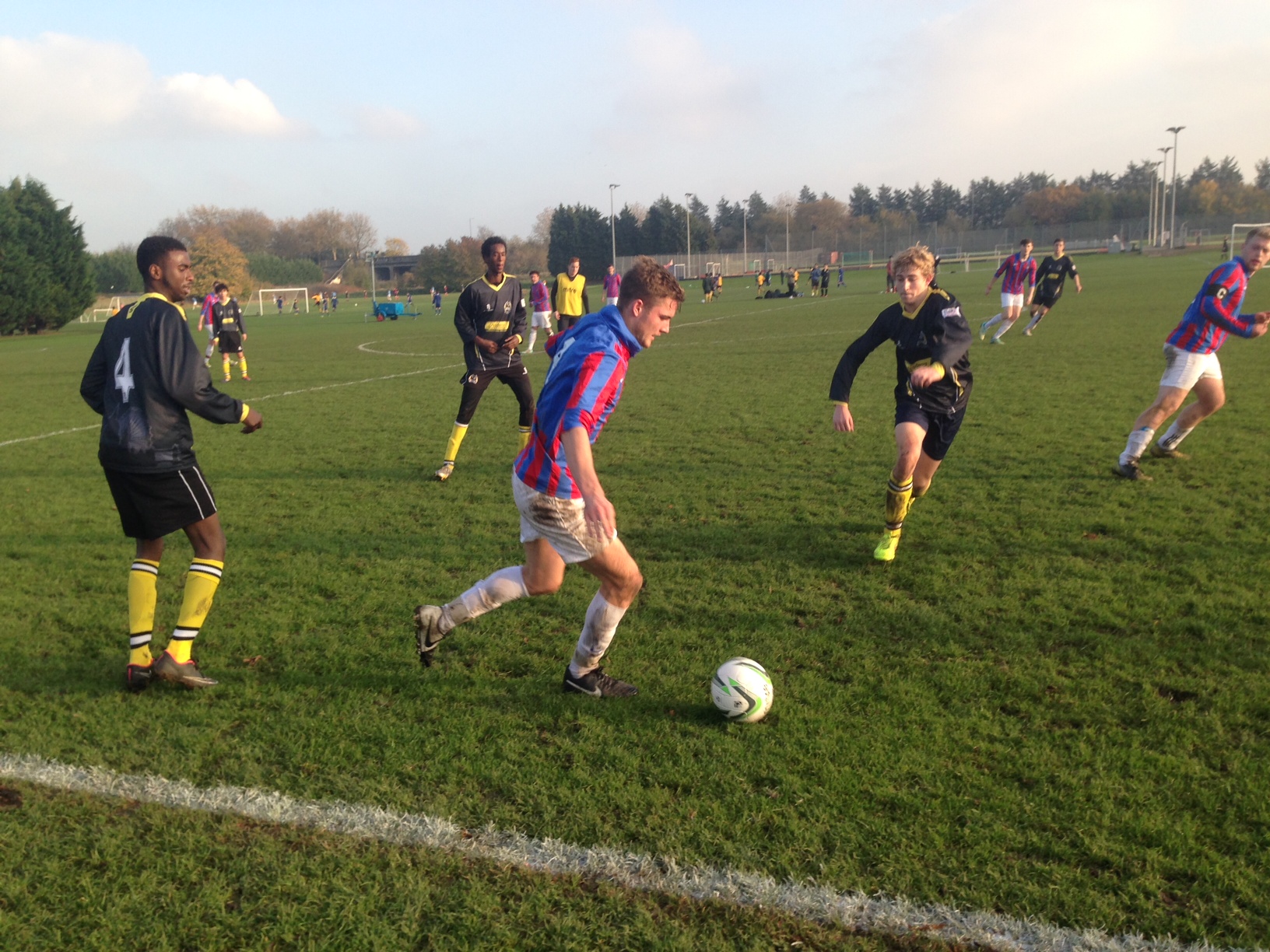 Goals from Josh Matthews and Marley Nesbitt secured the three points, and captain Connor Winks described it as the best performance of the season.

“I think we’ve set the standard for the rest of the season.” Connor Winks

Two minutes into the game and the Arts had a chance to pull ahead. Alex Hoffman’s corner was flicked on by Winks but striker Will Mowbray couldn’t direct his strike on target from an acute angle.

Arts were in control and the pressure finally paid dividends as Matthews latched onto a long through ball and dinked it over the Westminster keeper Faisal Melik with 15 minutes played.

Towards the end of the half, centre back Will Harvey came close as his glancing header shaved the back post from another Hoffman corner. Winks could have also doubled the lead with a looping volley from inside the box but failed to convert.

After the restart, Arts continued their dominance and took a two goal advantage as striker Marley Nesbitt slid the ball past Melik in the Westminster goal.

The contest was nearly over when a scrappy corner fell to Winks but his header hit the crossbar to keep Westminster in the game.

UAL were made to rue their missed chances as the visitors halved the deficit. Substitute Mustafa Mohammed’s audacious looping effort caught Arts goalkeeper John Pownall out of position, the ball bounced into the roof of the net which set up a tense finale.

Mohammed could have been the hero with only ten minutes left as he cut inside right back Elliot Tugwell but his strike missed the target.

Arts held on for their first three points in the league this season and Winks believes that the win was the best outing he has had since joining the University thirds and the win can kickstart their season: “I think we’ve set the standard for the rest of the season, especially in the first 20 minutes where it’s the best I’ve seen a third team play since my time here.”

He went onto add: “The work in training we’ve put in this year has helped massively, had good defensive shape, look fitter and very dangerous from set pieces. It sounds a cliche but I think it’s always best to take it one game at a time, we want to win every game we play but it’s a tough league.”