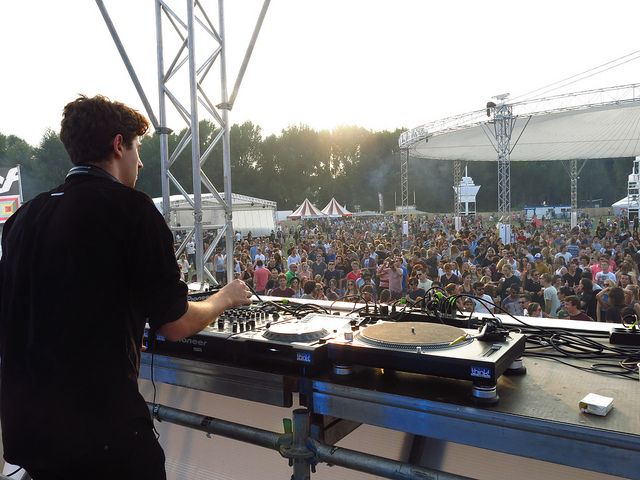 Producer Jamie xx has created a score for a contemporary ballet piece inspired by Jonathan Sanfran Foer’s book, Tree of Codes, set to premiere at the Manchester International Festival next year.

Those unfamiliar with Jamie xx’s work will know him better as the genius beatsmith of Mercury Prize winning British band The xx. He is also a solo producer and DJ in his own right, and has collaborated with the likes of visual artist Quayola, Four Tet and Gil Scott-Heron in the past.

The project will also involve critically acclaimed Icelandic visual artist Olafur Eliasson (who you might know as the creator of the giant sun that was installed in the Tate Modern), Wayne McGregor as choreographer and various dancers from the Paris Opera Ballet and McGregor’s Random Dance Company.

McGregor believes that the novel is a “powerful point for departure for [the] collaboration on stage – where constellations of light, shadows, bodies, objects and sound dance at the edges of darkness”.

Tree of Codes will be performed at Manchester International Festival from July 2th – 10th next year at the Manchester Opera House.