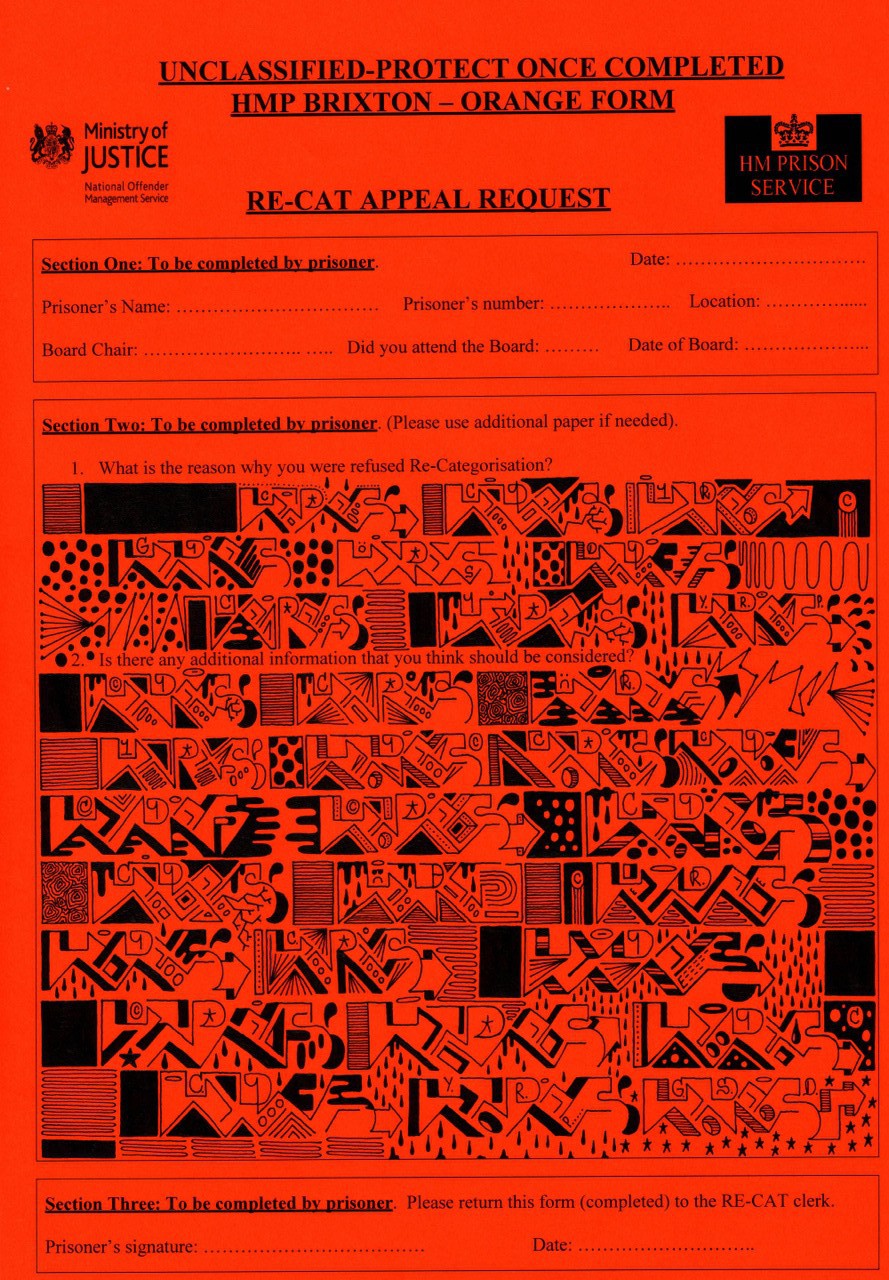 An artist jailed for painting on trains, it’s been two years since his work was last displayed in a gallery – prior to his incarceration.

The work, comprising fine line drawings on HMP letter-headed documents and a score of full colour sketches, is representative of The Taffy’s permeation on subway trains and walls throughout the world, and was produced while in Brixton Prison in 2012.

Accompanying the numerous drawings produced on the wing is a video of The Taffy redecorating a bus with his intricate circuit-board style, ‘posh tags’ on the windows of the gallery, and a prison cell installation decorated with jail-mail, a pack of burned newspaper cuttings, photographs and other staple prison clutter.

Also on display is a blackboard with meticulously scrawled white chalk outlines repeating the artist’s tag – ‘Ceres, Ceres, Ceres’ – and a tally of the days spent inside.

The geometric patterns that saturate his body of work cast an insight into the restrictive structure of life inside jail whilst simultaneously offering an escape – a return to the former spontaneity of quickly executed graffiti pieces and ballsy missions into train yards.

Employing different mediums, be it a can of paint or a fine line marker, a commuter train or an A4 sheet of paper, the spectrum of his work is ultimately cohesive, and whilst he’s already rated in the international graffiti scene, his work is also worth its salt within the art world.

Expect to see more hypnotic abstractions from the unshackled Welshman in the coming months.

Prints and zines can be bought through the Triple Prong gallery website and a stream of upcoming and archive work can be found at The Taffy’s tumblr account.