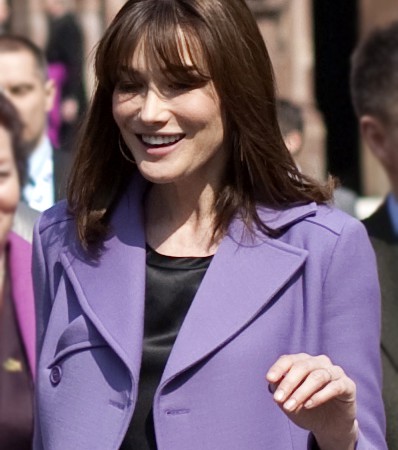 Carla Bruni-Sarkozy, the international supermodel turned singer, has returned to the front pages with her pledge to adapt Do They Know It’s Christmas?

Bruni-Sarkozy has been joined on the recording by French singers and artists such as Vanessa Paradis, Zaz, Joey Starr, and Louis Bertignac.

Despite rumours, Daft Punk and French pop legend Johnny Hallyday did not take part in the project.

Bob Geldof, who originally set up the fund-raising organisation in 1984 with Midge Ure, has recently been accused by British musicians and the media of perpetrating condescending messages and asking people to give their money away without having participants donate themselves.

The most recent allegation came from singer Lily Allen, who said she preferred giving ‘actual money’ instead of recording a song to help victims and survivors of Ebola in West Africa.