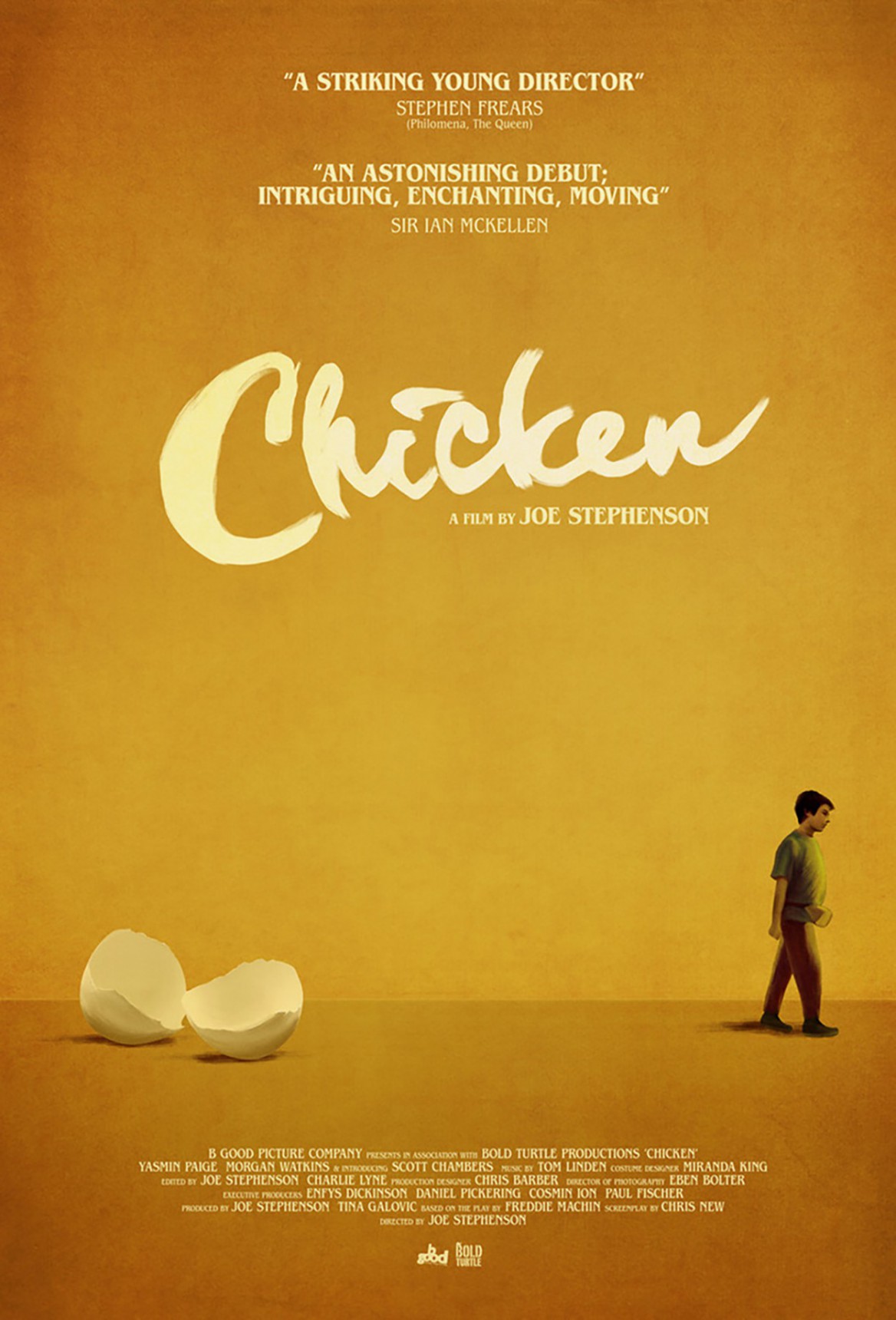 Those who studied pastoral literature probably read a lot about the countryside being viewed as idyllic and simple. Those who read great classics like Tess of the d’Urbervilles or even American greats like Of Mice and Men saw the struggles of the innocent.

In Chicken, you see this being played out again through Richard, played by upcoming actor Scott Chambers, who stars alongside Morgan Watkins (Wild Bill) and Yasmin Paige (Submarine).

Joe Stephenson’s debut film Chicken poignantly paints a snapshot of the life of Richard, a 15-year-old boy with learning difficulties. Richard and his brother, Polly, live in a caravan on a plot of land that’s soon taken over by a new owner.

The film is set in true idyll; fields upon fields of beautiful warm hues and winding paths. The moments when you see Richard taking a walk through nature, you can almost smell the grass.

However, Stephenson is careful not to overtly exploit nature as its thematic setting, and instead hones in on three central characters, careful not to take the focus away from their story – an important one to say the least.

Scott Chambers’ performance as Richard is one of the most phenomenal to be seen this year so far. Sufferers of mental illness are often treated unfairly and are mocked in society, and Richard does a brilliant job at representing someone who just lives with it. Although Richard doesn’t get many opportunities to interact with people, each interaction is wonderful.

Richard’s best friend appears to be a chicken named Fiona; his connection with her is heartwarming and often hilarious.

Fiona’s presence in the film is no accident – just like in any pastoral piece of work, there needs to be a catalyst that topples the balance, thus disrupting the harmony and Fiona plays a crucial role in Richard’s life in maintaining that balance.

Throughout the film, we’re not exactly sure what’s wrong with Richard and the reason for that is neither does he. He understands he’s different because his brother makes a good job of reminding him during drunken nights.

What’s striking about the film is despite the blissful setting, the reality is very real. Richard and Polly’s situation is dire, as Richard often resorts to stealing vegetables and Polly barters, often unsuccessfully, by trading work for a few pounds.

The dynamic between Richard and his brother often leaves you feeling tense and worried about Richard. But the final crescendo in the film is so satisfying, that the film definitely doesn’t leave you disappointed.