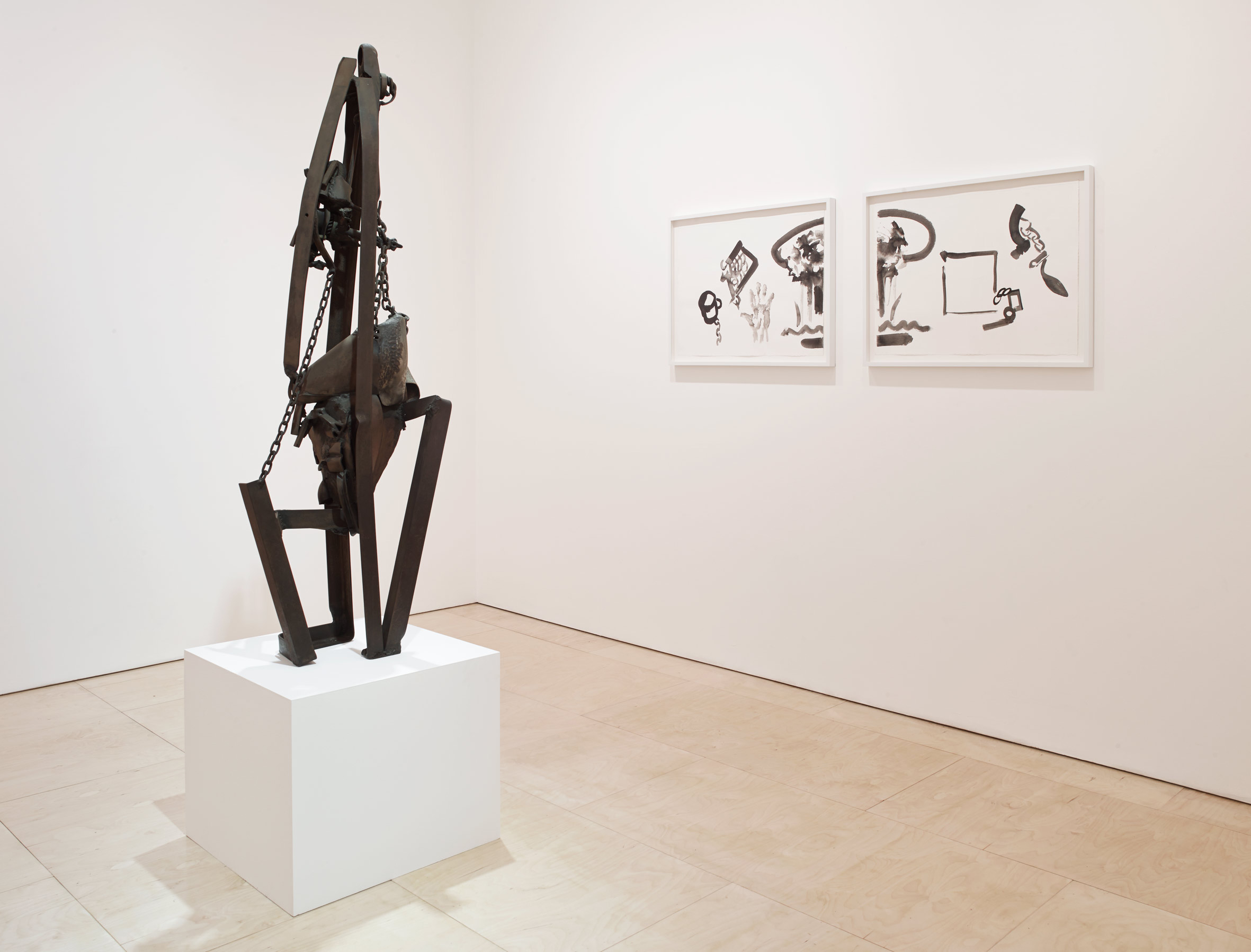 Melvin Edwards has had a career spanning fifty years and is one of the most senior figures in contemporary African American art.

Having had his first major exhibition in the mid-sixties, it is a wonder that his name and works are not instantly recognisable. Former art critic for the New York Times, Michael Brenson, says of the artist: “Melvin Edwards is one of the best American sculptors. He’s also one of the least known”.

“Melvin Edwards is one of the best American sculptors. He’s also one of the least known”

This is Edwards’ first solo exhibition in the UK and showcases his work which is inspired by Black and African history, and the civil rights movement of the sixties.

In the stark, white exhibit room, Edwards’ sculptures loom imposingly. Rather than cast figures, his work is a practise in minimalism. Using welding as his method of choice, he manipulates metal objects such as chains, nails and locks to form his structures.

The employment of worn, tough materials such as horse shoes and pipes embody realities of historical and present-day injustices. Looking at the sculptures, you can feel a palpable heaviness. Complex themes such as socio-political violence and racism co-exist without over-powering the other.

The artist says: “Identity is the basis from which all art begins.” The rough exterior, and the mangled form of the sculptures certainly portray the often violent and complex history of the African American community.

“identity is the basis from which all art begins”

Edwards is well known for his “Lynch Fragments” series, a collection of works that explore major political and social events of the past such as the Vietnam war and the Black power movement.

The exhibition is fresh and contemporary, and particularly relevant considering recent events such as the Ferguson protests following the shooting of Michael Brown. Edwards’ work tackles difficult subject matters such as race with startling honesty, boldness and wit.

It is a must-see for those who want to learn about the history of racism in America in a new way.

The exhibition will be open until 23 January 2015. Click here for more details.

Images courtesy of the Stephen Friedman Gallery and Melvin Edwards