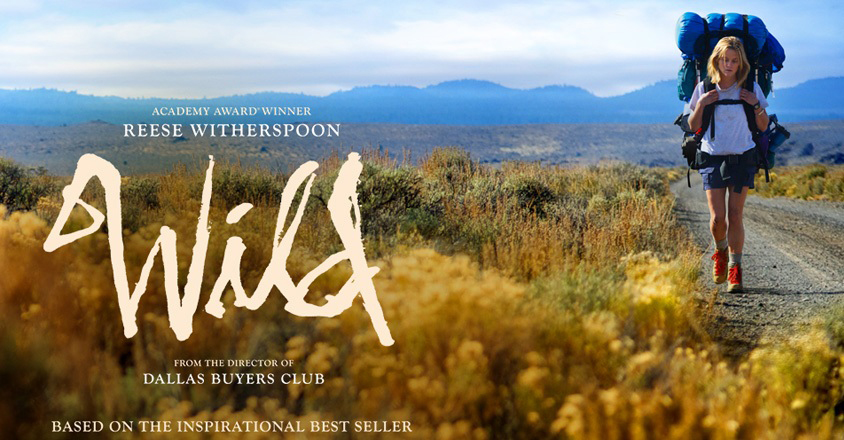 Jean-Marc Valée’s Wild is the movie adaptation of Cheryl Strayed’s best-selling eponymous memoir, which told the story of her hiking the Pacific Crest Trail.

Wild is a well-crafted and at times heart-wrenching film about Cheryl’s journey to self-acceptance, following the untimely death of her mother.

The plot is centred on Cheryl Strayed – an appropriate name for a young girl who has lost her way- embarking on a gruelling trek at the start of the film, though it’s not immediately clear why. As the story progresses, we get glimpses into the life of her character, played brilliantly by Reese Witherspoon, and the pain that she’s been through.

The film draws strong parallels to Danny Boyle’s 127 hours through its use of abstract flashbacks which create a character we root for, but one that takes the audience a while to fall in love with.

The soundtrack and musical references provide a sturdy foundation, which you could listen to over and over again. The music and lyrical references she records along the trail namecheck heroes of country music, including Bruce Springsteen, Jerry Garcia, Lucinda Williams, and of course Simon & Garfunkel. The soundtrack alone is enough to bring you to tears.

Reese Witherspoon finds her best form since Walk The Line. Whilst truly captivating in this and deserved of a nod from the Academy Awards, it’s unlikely she’ll get in the way of what seems to be a certain win for Julianne Moore in Still Alice.

Wild gives Witherspoon a break from the glamorous characters we know her for, and does all she can to make us forget the girl we saw in Legally Blonde. The audience sees a dark and relentlessly self-destructive heroine, who rises from the turmoil of her own bereavement.

It’s the resilient and inspiring mother played by Laura Dern (The Fault in Our Stars) who becomes the matriarch that Cheryl is so desperate to make proud after falling off the rails. Her infectious joy on screen helps the audience see why her loss is so massive and inconsolable, as Strayed says: “I’m gonna walk myself back to the woman my mother thought I was.”

Wild is in cinemas now. Watch the trailer below.