In conversation with | Olivia Hulme 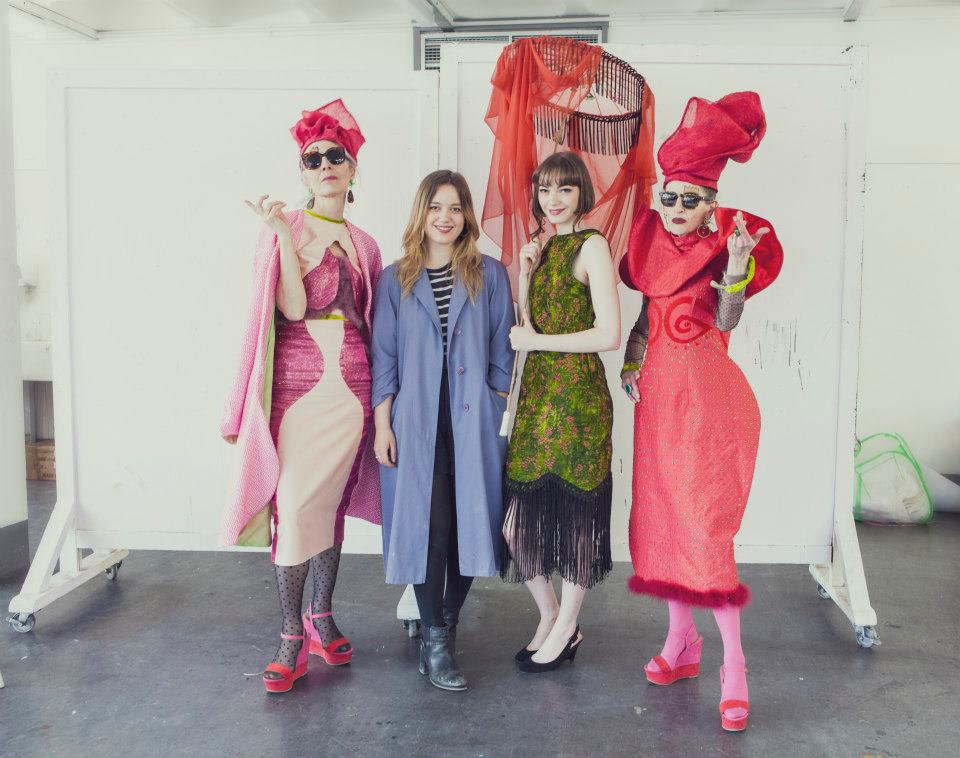 Since graduating from Edinburgh College of Art almost two years ago, Olivia Hulme’s talents in performance costume design have seen her working on the likes of Downton Abbey and movies Fury and Pan, as well as assisting on Chanel and Galliano fashion shows. Sipping flat whites at Allpress Espresso in Shoreditch, we nattered about fashion, film – including meeting Brad Pitt – and how to establish yourself in the industry.

You recently worked on the Galliano fashion show: a pretty exclusive event. What kind of thing were you doing behind the scenes?

Yeah, there was only like 100 people there. Anna Wintour was there, amongst a lot of Galliano’s closest friends. It wasn’t really fashion – it was definitely more costumes.

It was really sculptural, with shells and stuff, and it looked kind of alien-esque. There was this red lobster jacket with a shell belly which was so heavy! 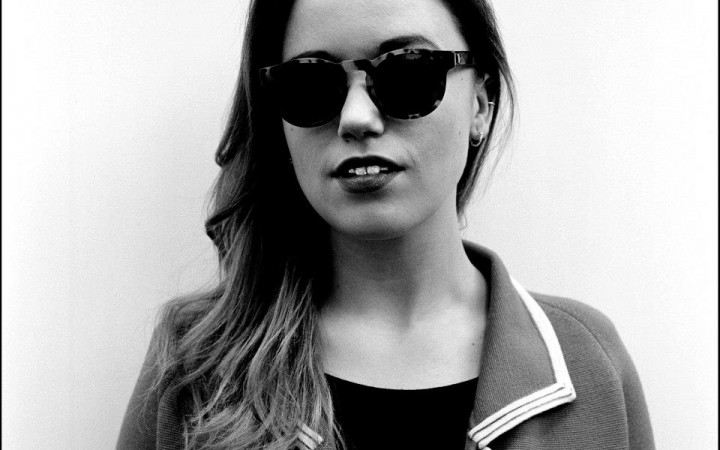 It was really interesting to talk to all the French ateliers, they’ve made all these outfits so it’s a bit more interesting talking to them than talking to John [Galliano] because they’re the ones that put it all together.

Someone came up to me and said, ‘Zis is the woman who made ze jacket, she has to see you put it on ze model,’ and she looked at me, this woman who’d made it and said, ‘Parlé-vous Francais?’ I said, ‘Er, non?’ And she was like, ‘Sacre-bleu…’

When I first started doing shows, it was for graduate fashion week and I was really nervous because I really didn’t want to mess it up. But now, it’s basically just putting clothes on people. It’s just the drama of it all, you just have to get on with it.

Do you primarily want to work on costume in film and TV or in the fashion world?

I really enjoy both, but I think costume. I really like the narrative of clothes in films: why the characters would be wearing those particular clothes. I find that really interesting, going into different eras and different periods and adding your own flair.

You have to be careful though, because people are so on the ball with things like that. I worked last summer on Downton Abbey and that was very historically accurate. It was supposed to be set in, I think, 1924, and people would write in and be like, ‘You used this car that was only around in 1927!’

It’s quite a lot of pressure to be in design because you really have to know your stuff. [Working in fashion shows] it’s all about consumerism – what’s hot and what’s trend – whereas with costume, it’s the history that comes with it, which is so much more fun. 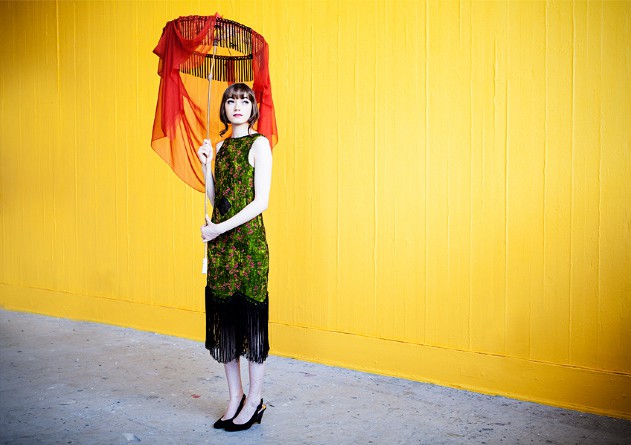 A model for Olivia’s graduate show

So is it through the same talent scout you got your fashion, TV and film work?

No that’s just with fashion. With film, that’s all me trying to get the contacts. Whilst I was working on Pan, one of the costume makers asked if I wanted to go to do a few days on Downton Abbey as a daily, and I was like, yeah, of course! That would be amazing!

So, I went and did four days for the Downton Christmas special and ended up working as a wardrobe assistant for the rest of the shoot. That’s what it’s like, one job leads to another.

I suppose working with film you get the chance to mix it up a lot, for example to go from working on Downton Abbey to Fury. What kind of things are you doing on set?

It’s super varied – that’s the fun thing about doing freelance. Every single job is different, getting the taste of different eras and styles. I did Pan last summer – the new Peter Pan film which stars Hugh Jackman and Rooney Mara.

I was there as a daily for about four weeks. That was Disney, so it was really bright and I was making all these pom-poms with pirates everywhere – it was a lot of fun!

Fury was the first major thing I worked on, and that was really intense. It was like three solid months, breaking stuff down, making clothes look like they’d been through war.

It’s such a procedure! It’s not just wiping mud all over – first you have to dye it, then you have to bleach it, then sand it, grate it, burn it, then fray it, imprint it, rip it, all these different things! There’s actually people who just specialise in breaking down.

So. Did you get to meet Brad Pitt?

Yes, and Shia LaBeouf. Brad was just super professional, he knew exactly what he was doing. He told us all to have a nice weekend, and we were like, ‘swoon!’ I remember the first time I saw him on set, I just completely forgot where I was and what my body was doing.

I was just stood there, watching my boss working on his shirt whilst Brad was stood chatting. My boss turned around and gave me a look, and suddenly I was aware where I was again!

With big, big stars, I’m like, wow, but when I was on Downton, they’ve been there so long that they’re all really friendly with the crew. It felt really normal.

They always come onto the bus to get a necklace, to get something ironed or have something stitched on. They just come on and chat, and you realise they’re just someone who’s doing their job. They’re just as tired as you and got up at 5am like everybody else. 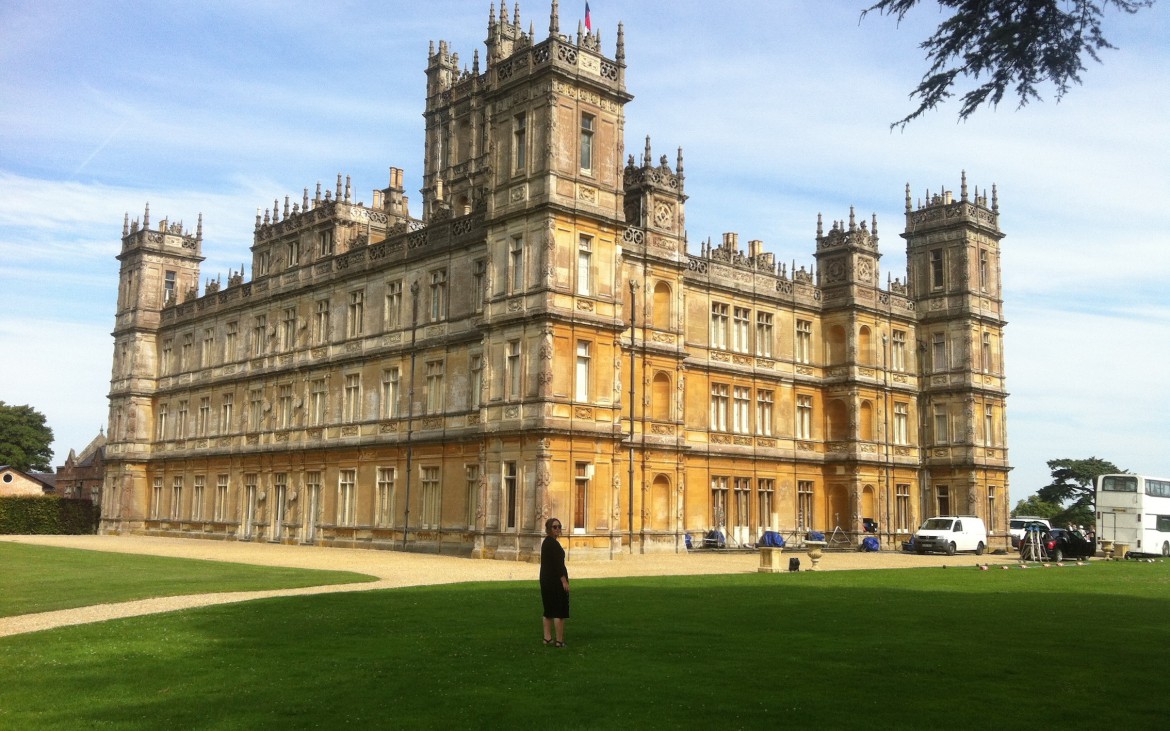 Have you got anything exciting lined up, or is it a bit unknown at the moment?

For the rest of the month I’m taking a break and then in February I start on a BBC drama called The Dresser. It’s based on a famous play by Ronald Harwood – it’s about an ageing actor who wants to revive his career, with encouragement from his very camp dresser.

We start on that project in February but it’ll probably air at the end of the year, I think.

How much have your goals changed since you first started?

At the moment, it’s changing all the time. With every job that I go on I’m doing different stuff and I always just have to remind myself what I’m aiming for. Ultimately, I want to design for film, and even though I get sidetracked with all the other jobs I’m doing, I know that in the end they’re all going to build towards my final goal.