#ThisGirlCan clocks up more than 1m views in a week 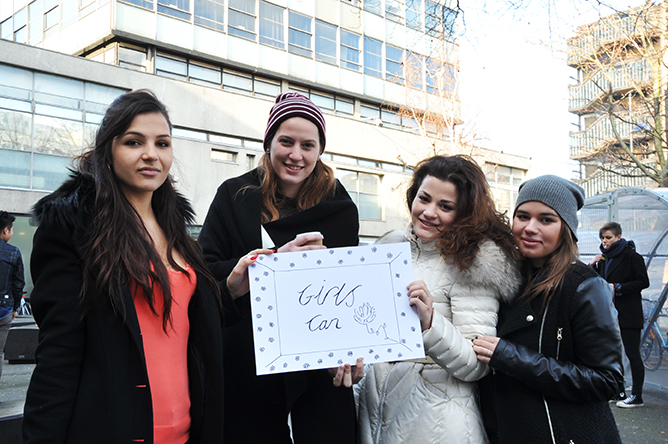 Sport England has launched a campaign to inspire women to join in sports.

In just a week, the video has gone viral and has attracted more than a million views.  The initiative is being promoted on social media using the hashtag #ThisGirlCan. The campaign aims to celebrate active women and inspire others to take up challenges and fight assumptions about the female form.

Women are often stereotyped as physically inferior to men, this is seen in some countries like Afghanistan and India. The stereotype also reaches the UK, despite the two million women who exercise. Research by Sport England identified that it’s fear of judgement that puts many women off doing exercise.

“It is about time we started celebrating real women and be proud of who we are, not starving to look like a stick”, said Author Alana Cowell, who found it strange that a campaign hasn’t been done previously.

The video has had a positive effect on women and young adults including Jasmine Cornthwaite, who saw the ad and decided to get involved in sports: “Seeing the advert makes you believe that you can achieve anything you want, no matter what you weigh. It definitely encouraged me to do some exercise and reminded me that exercise can truly make one happy.”

@Nelsonsw7 @ThisGirlCanUK the impact is it is reality, it is not false, not sculpted for the media, not airbrushed, just real true life 🙂

While the campaign portrays “real” women’s bodies and aims to promote a positive body image, according to some it still objectifies the female body.

Anna Louisa, a caseworker who exercises on a regular basis, felt offended after watching the video. She said that the campaign does not support women to work out, that instead the video sexualises women. She said: “Are you being serious, this isn’t a campaign, I feel really offended. There is no way the person who created the video will engage with us. It’s so bad, it’s disrespectful, it shows that we are just hot bodies.”

You can watch the video here.