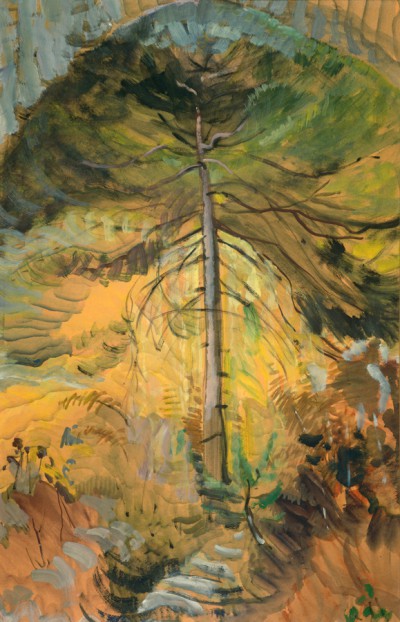 The show is a fascinating introduction to this under-appreciated early 20th-century artist.

Carr, who died in 1945, emerges as a strong draughtswoman who worked within a modernist framework to paint a subject that was hers alone: the primordial forests and coasts of the westernmost province of Canada.

Featuring pages from her sketchbooks; writings; watercolours and drawings; as well as related archival photography, the exhibition shows Carr to be an inquisitive documentarian whose work offered new insight into the Canadian landscape and the origins of the indigenous people of Alaska.

Viewing her work is to see the world through the artist’s eyes and recognise that her paintings have a sense of rhythm, strength, love and natural beauty.

She became akin to her surroundings, often drawing sketches with charcoal, graphite and ink, on paper; she would then paint these draft sketches on to canvas using oil paints. In the earlier stage of her career, she held a large exhibition in 1913 of her vibrant work. However it did not attract the buyers she needed.

Almost in despair, she offered to sell the work to the provincial government and it was declined, although later a chance meeting with Eric Brown the director of the National Gallery, Ontario, led to him asking her to submit some of her work to hang with a co-exhibition with the Group of Seven.

The exhibition West Coast Art: Native and Modern was a huge success and her acceptance into the group gave her the much-needed recognition she craved. 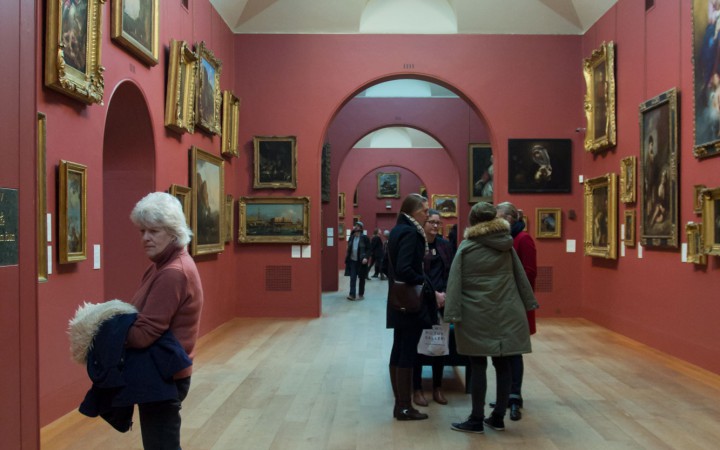 Though illness prevented her from painting in later life, she was able to write, recalling experiences from her trips to the forests and the sea of the Canadian landscape.

Carr only became truly famous when she won a literary award for her writing in a short series of books – the first entitled Klee Wyck. Her literary output has become an iconic documentation of the history of the West Coast of Canada and its native people.

From The Forest To The Sea – Emily Carr in British Columbia is at the Dulwich Picture Gallery, Gallery Road, SE21 7AD, until March 15. Admission: £11 adults, £10 senior citizens, £6 concessions. Children and members free.