Paris under attack: The search for answers continues

The names Cherif and Said Kouchi have haunted news channels around the world recently – the two Parisian-born brothers who blasted their way into the headquarters of French satirical magazine Charlie Hebdo, shooting dead 12 people.

The massacre was over in minutes, but another attack followed the next day, when a police officer was shot in the head and killed by Amedi Coulibaly.

Then on January 9, Coulibaly stormed a Jewish supermarket in Porte de Vincennes (Paris) where he took hostages and murdered another four victims. The world looked on as the French special forces stormed the supermarket, freeing the hostages and killing Coulibaly at the scene. 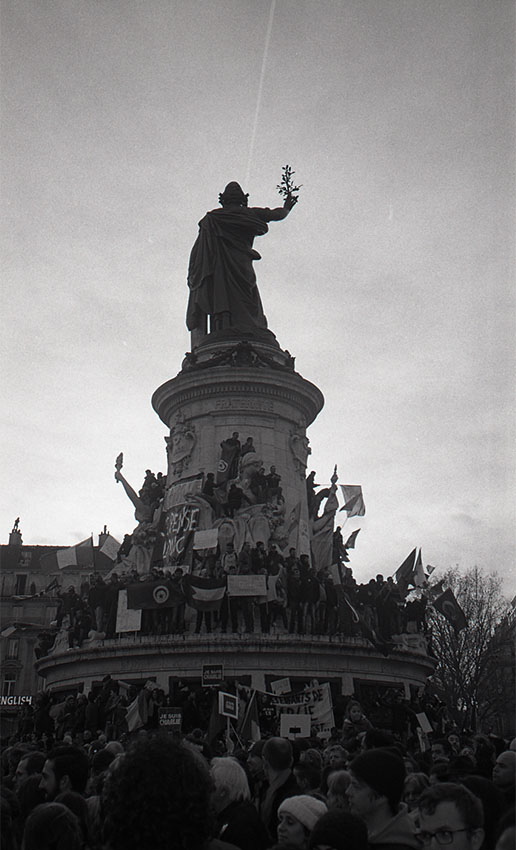 Both the profiles of the Kouachi brothers and Coulibaly were subjected to strong scrutiny by the media about their links to Islamic organisations, while the competence of the French authorities was picked apart at the same time. The atrocities shook not only France, but the entire world, with the public wanting to know if and how the attacks could have been avoided.

News and information uncovered by Paris Match reveal Said and Cherif Kouachi came from an impoverished background in a run-down district in Eastern Paris.

Sources close to the brothers said they were shocked when they heard of their ties with extremism, unable to think they were capable of the mass murders carried out in the name of Islam.

When their father passed away, the Kouachi brothers were sent to an orphanage where they lived for over five years; neither of them had shown signs of discontent and both were considered clever at school.

Cherif was apparently more outgoing and athletic than Said, and aspired to become a professional footballer. Patrick Fournier, the director of the orphanage, La Foundation Pompidou, located in the Correze region, told the French press: “The pair were perfectly integrated and never posed a threat during their stay before. Said passed a hotelier diploma while his younger brother was training to be an electrical engineer.”

By the early 2000s, the brothers had returned to their hometown in eastern Paris where they would immerse themselves in extreme Islamic ideology.

Cherif Kouachi soon developed a notorious reputation in his neighbourhood as a drug dealer, while working as a pizza delivery man. During this period, Said was living in Gennevilliers, a Parisian suburb, and grew apart from Cherif.

According to French sources, Cherif Kouachi, unlike his older brother, was well-known to the French authorities before he committed the killings in the heart of Paris on January 7.

When the so-called ‘War on Terror’ began in 2003, Cherif made his first contact with Farid Benyettou, leader of French terror cell ‘Filieres des Buttes-Chaumont’, who played a big part in the radicalisation of the Kouachi brothers. They would often meet in the park of the same name, to exercise and discuss plans to fight the US invasion of Iraq.

Despite the physical distance, both of the Kouachi brothers became involved with the Buttes-Chaumont terror cell. It was here that the brothers would meet to go jogging, discuss weapon training and plan their deadly mission.

Shortly after the attack, France Info released a programme about Cherif Kouachi revealing that, after spending a long period attending the mosque with his brother and his extremist associates, Cherif had plotted an attack on a plane to Syria in 2005. His plot was foiled by the French police, who detained him and he served a 12 month jail sentence.

Released from jail the following year, he struck up a friendship with Djamel Beghal, who became his mentor. Beghal had also been sentenced in 2005 for plotting an attack on the US embassy in Paris.

Prison sentences did not halt the determined extremists, but instead increased their contact with others; as Said continued his efforts to evade the tightening police surveillance, Cherif was found guilty of another offence, sentenced to three years in prison for aiding militants into Iraq – he served only half the sentence before being released. 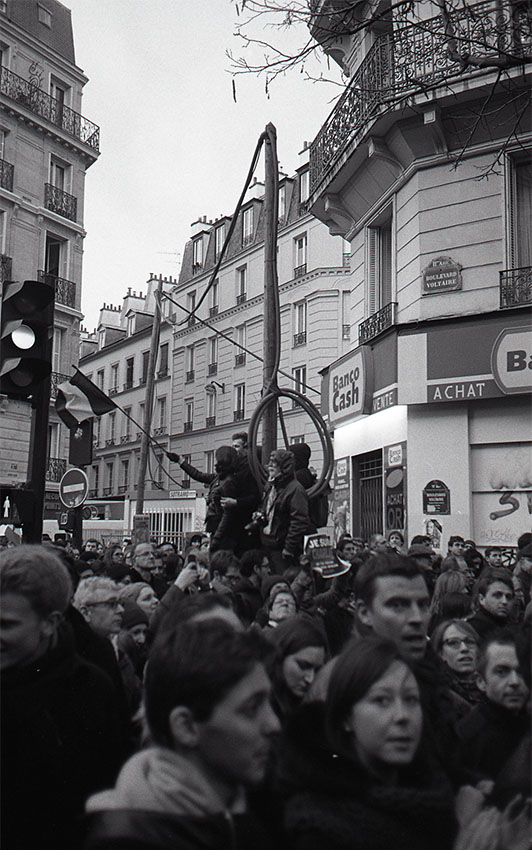 Cherif emerged from the sentence even more intent on exploring the darker themes of Islam, and within a decade the brothers had turned from football-loving teens with a steady future, to violent extremists.

Cherif was named in connection with the attempted escape of Smain Alit Ali Belkacem, a member of the Algerian Armed Islamic Group (GIA), considered one of the most dangerous men in Northern Africa.

At that time, Belkacem was incarcerated following a 1995 attack on an train line in Paris, which had inspired many other extremists defending the same ideology.

This is where Amedi Coulibaly enters the equation: he was also born in Paris and, like the Kouachi brothers, had a long history of criminal activity including drug offences and was known to the French authorities.

However, unlike Cherif, Amedi Coulibaly had attempted integrating into normal life working for Coca-Cola, and according to ITele he even met the former French President Nicolas Sarkozy at the Elysee Palace.

Yet Coulibaly was set to follow the path of the Kouachi brothers, and in 2009 he joined the same mosque.

It was a 2010 conviction that brought Amedi Coulibaly and Cherif Kouachi together in one of the most dangerous prisons in France: the Fleury Merogis. Here they bonded over their shared passion, Djamel Beghal’s doctrine for terrorism.

Attacks such as Charlie Hebdo and the Jewish supermarket are not new to France. A similar series of attacks took place in 2012 in Toulouse, at the hands of 23-year-old Mohammed Merah. These shootings claimed seven lives over the course of 11 days – mainly Jews and French soldiers who had served in Iraq.

The Kouachi brothers still maintained a connection with their Algerian roots despite being born and raised in France, and so did Mohammed Merah. In Paris and Toulouse, the killers had a similar profile and defended the same ideology. They were only too familiar with violence and murder, having travelled to the Middle East to train and improve their knowledge.

The fact that each of these men and their circles were well known to the French authorities and had serious previous convictions left French people speculating on why the police had failed to prevent the attacks.

The reality is that counter-terrorism and the secret services are now allocating their resources differently, focusing on the predominant ISIL threat instead.

counter-terrorism and the secret services are now allocating their resources differently; focusing on the predominant ISIL threat instead.

Cherif and Said kept a relatively low-key lifestyle between 2012 and 2014. It’s not known whether this period of calm was part of their strategy before the storm, but it would explain the lack of interest shown by French police over the course of two years.

Despite the public opinion and media debate on expanding security and surveillance powers, one united voice in particular is louder than the others – the majority voice of Muslims who condemn the claim that these terror attacks were carried out in the name of Allah.

Sabri, an unemployed Muslim living in Paris: “It is the biggest mistake you can ever do – compare us to those guys who killed people,” he says. “I’m proud to be Muslim because I have nothing to justify. I know my religion is clean and that according to the Quran, we don’t kill innocents so I’m all good, but it feels annoying to be stigmatised like this.”

Djamel Debbouze, a famous French comedian, believes prevention depends on education, and everyone, as a French citizen, needs to help those struggling before they are turned into a terrorist.

In an interview with Sept a Huit, he said: “These kids being turned into terrorists are often not educated, not loved. My religion is about peace, love and tolerance. That is what my parents taught me, because they have been taught by Islam. Violence is a word I have never heard before.”

But why are French-born Muslims turning to extremist Islam?

French society has a turbulent history with integration. The attacks in Paris and the Toulouse killings, have only increased the pressure to come to a valid solution.

This pressure has opened the door to a spate of anti-immigration movements throughout Europe, who are feeding off the tragedies and fuelling their own political agendas, inciting several attacks against the Muslim population. 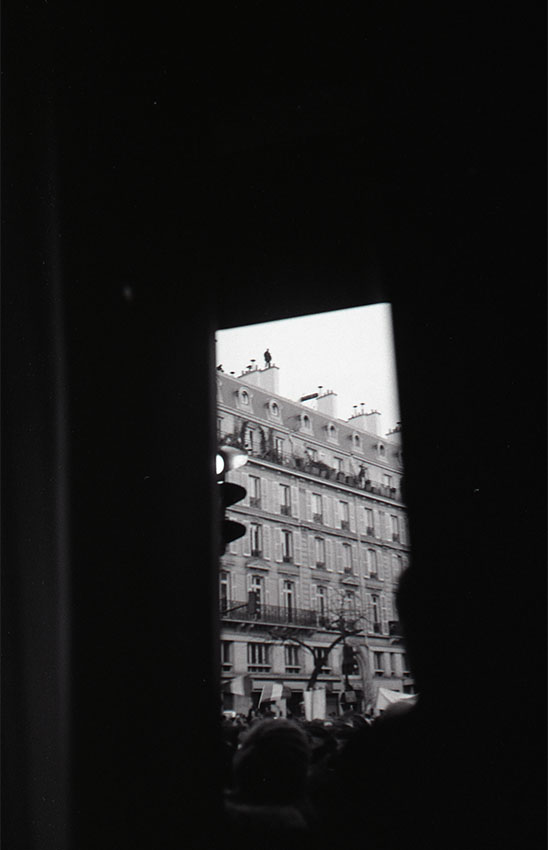 There are an estimated six million Muslims living in France, many of whom feel like second-class citizens, and their prospects and chances of integration will remain a sensitive topic for many years to come.

The Charlie Hebdo killings have only exacerbated the challenges already endured by the Muslim community, and elsewhere in the West.

The Front National, headed by Marine le Pen, argued that extremists like the Kouachi brothers should be expelled from France.

But the real problem with this argument is that many Muslims are of de-colonised Algerian, Tunisian and Moroccan descent – the Kouachi brothers maintained a strong connection with their Algerian roots, despite being born and raised in France.

French-Muslim violence began on the streets of Algeria and France, as the Algerians fought for independence during the 1950s.

The strain left by the Algerian War remains deeply rooted in French society, with millions of Muslim people living in France suffering from discrimination.

It’s easy to place the Charlie Hebdo massacre in the context of Islamist extremism, but there is also another aspect which shouldn’t be ruled out – the economy.

Unemployment levels among Muslim communities, and a perceived lack of prospects in comparison with the white-native French society, greatly inflames the issue.

Recent events have proven to be a great recruiting tool for those who use religion as a rationale to carry out such attacks, and feel they have nothing to lose.

If France wants to overcome these difficulties and tackle extremism, it should be prepared to improve its integration policies and help improve the lives of millions of French-Muslims, who struggle to live without being stigmatised.