Counter-Terrorism: What makes someone ‘suspicious’?

The Bill has passed the second reading stage in the House of Lords and is now being fiercely debated at the committee stage.

Although the actual name of the programme was omitted in the Bill, it is said to be an extension of the government’s controversial ‘Prevent’ strategy to crack down on terrorism in the rise of IS; particularly in since the Charlie Hebdo attacks in Paris this January.

Prevent has caused a wide backlash, especially within the Muslim community, who say the strategy infringes on the privacy and freedoms of all Muslims.

In a recent interview with the Daily Telegraph, the former head of the MI5, Baroness Manningham Buller, criticises Prevent for its failure to stop the spread of Jihadism in Britain, saying it’s “clearly not working.”

What do all these measures and proposed laws actually mean to an average Muslim like me? I wear the headscarf, pray five times a day, attend university dressed like an average person, and try to avoid dodgy IS Twitter accounts.

However if this proposed law is passed then it means I can have my passport taken away without any solid proof, just because my university lecturers and peers might think that I am acting suspiciously.

Part Five of the Bill sets out the guidelines for specific authorities which are to intervene in the ‘prevention of people being drawn into terrorism’.

These are local government, criminal justice, education, child care etc, health and social care and police. This means that anyone from the local council, university tutors, nursery school teachers, family doctor, dentist, and the police; essentially, the whole community will have a legal obligation to spy on me! 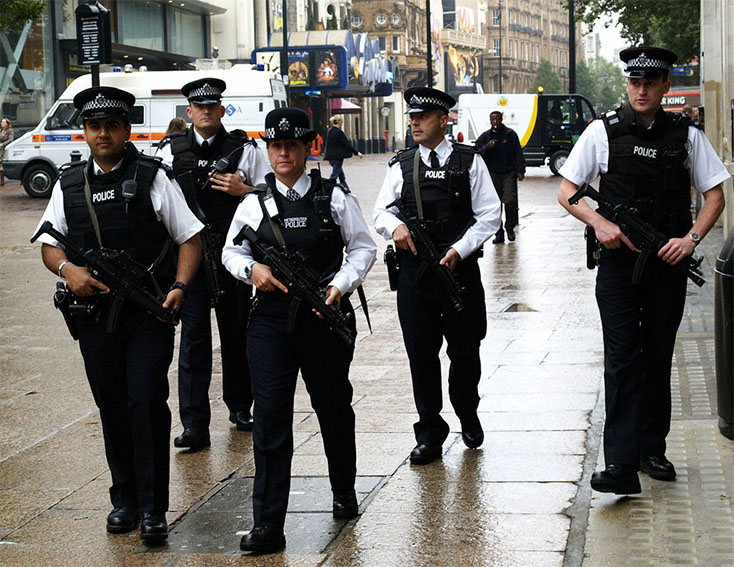 What the Bill doesn’t explain is what makes someone suspicious in the first place. How would my GP tell that I’ve been radicalised? Are there symptoms associated with being a terrorist? Could more facial hair for men be a symptom? Or perhaps a Vitamin D deficiency is down to the fact I suspiciously cover my hair?

Where is the line to be drawn to prevent a Big Brother-type regime that follows anyone with a headscarf or a long beard?

Speaking about the surveillance of Muslims on campus, Ibrahim Ali, the vice president of student affairs at the Federation of Student Islamic Societies (FOSIS) said: “In an environment where Muslim students already feel like they are under increased surveillance, the measures outlined in this Bill will only serve to reinforce these concerns”.

FOSIS is an umbrella organisation of student groups in colleges and universities across the UK and Ireland, representing the interests of more than 115,000 Muslim students.

Its president, Bashir Osman, said in a statement recently: “The bill proposes intrusive measures that threaten the civil liberties of students and runs the risk of curtailing the freedom of speech that is so fundamental to campus life.”

Since the rise of IS the spotlight has been on university campuses as potent breeding grounds for fundamentalism. In recent months the pressure has mounted on universities to stop some Islamic speakers from attending universities and giving lectures at events.

Many Islamic societies have complained about events being cancelled unfairly and at short notice, due to speakers seeming unsuitable.

[pullquote align=”right”]Since the rise of IS, the spotlight has been on university campuses as potent breeding grounds for fundamentalism.[/pullquote]The National Union of Students (NUS), have spoken out against parts of the Bill which they say infringe on the freedom of speech of all students.

“Placing a vague statutory responsibility on universities to ‘prevent people being drawn into terrorism’, and giving the Government undefined powers to order that ‘extremist’ speakers be banned risks further developing a culture of suspicion and surveillance on campuses, whilst also potentially conflicting with institutions’ duties to promote freedom of speech, by making them overly risk-averse and unwilling to engage in important topics of discussion,” the NUS says.

The Bill is currently being pushed through Parliament with little objection from peers; some saying the its quick passing is necessary to ensure the security of the British public as the threat of IS rises.

After a closer look at the Bill, it is apparent that new powers will be given to the police and border-security to seize passports – as well as the issuing of temporary exclusion orders to suspected persons.

Surely it must be a good thing to not allow known IS fighters to return to Britain after committing heinous crimes. I am not opposed to this; but increasingly the powers of border-security to seize passports means that if I travel alone to Turkey, to visit a friend perhaps, the removal of passport by suspicious authorities could effectively render me stateless and strip me of my basic human rights.

Liberty is one of the UK’s leading civil liberties and human rights organisations. In a briefing, published December last year they said, “while the purported threshold for requesting papers or conducting a search will be ‘reasonable suspicion’, evidence demonstrates that in practise this offers little protection against arbitrary use of power”.

Liberty has been raising many questions and concerns about the Bill since its creation.

“The Counter-Terrorism and Security Bill is full of the kind of unsafe, unfair policies which the Coalition appeared to reject when it reduced pre-charged detention, curtailed powers to stop and search without suspicion and tempered aspects of the draconian control order regime,” said policy officer Rachel Robinson.

Organisations such as Cage UK have also spoken out against parts of the Bill and have called out the increasing culture of surveillance directed at certain communities.

Cage has produced a response to the public consultation outlining their main causes of concern. Liberty’s ‘unsafe unfair’ and the FOSIS ‘right to express’ campaigns, alongside Cage, all aim to spread awareness of the dire consequences which could come of its passing and call for amendments to the Bill.

[pullquote]Universities and schools are a place for education, not surveillance.[/pullquote]This debate is not about the need to tackle the issue of terrorism. We all believe that our government has a duty to protect us from such attacks, and we Muslims gladly support this.

The issue, however, is with the knee-jerk reaction of hurrying such important Bills through Parliament without the proper considerations, and ignoring the lesson of the previous failed attempts to halt Jihadism.

The Counter-Terrorism and Security Bill which is garnering increasing support within Westminster has raised red flags among members of the public, and it looks likely to be passed next month.

As a Muslim and a student, I feel that amendments to the Bill should be made with greater clarity as to the meaning of terms such as ‘suspicious’ and ‘fundamentalist’.

However, I do agree that something needs to be done to stop British-born fighters traveling to Syria for the wrong reasons. I believe it should be tackled in a way that doesn’t turn everyone into a suspect and be spied on.

A good place to start would be to educate young minds in a way that can effectively root out the initial causes of anti-social behaviour.

After all, universities and schools are a place for education, not surveillance.

By Will Drysdale
8 Mins read
We spoke to MP Sir Roger Gale about the humanitarian crisis unfolding in Europe, and a new scheme to host Ukrainian refugees.
Technology

By Zain Yasin
8 Mins read
How blockchain is becoming a powerful tool for businesses, especially in addressing the problems highlighted by the 2008 financial crisis.
Life