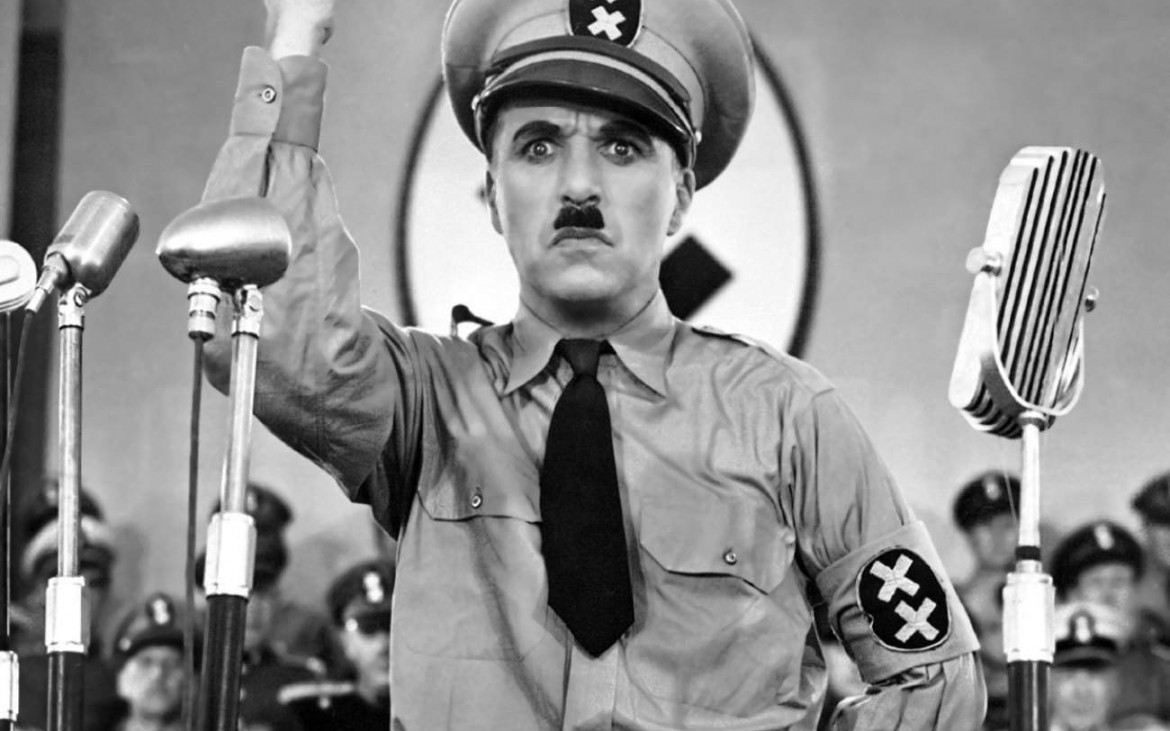 For many in the creative community, producing work is the easy part, but sometimes getting the finished product out there can prove more troublesome.

2014 was a big year for censorship in the film industry following the release, or lack thereof, of films with profound religious sentiments like Exodus: Gods and Kings, to political parodies like The Interview.

Movie enthusiasts around the world have started standing up for filmmakers’ universal freedom to distribute.

But let’s dial it back a few decades; what is deemed okay now, may not have been so in the past.

Charlie Chaplin’s 1940 satire The Great Dictator was banned despite a popular reception in the UK with its hysterical Hitler references.

Seems fair enough, considering Prime Minister Neville Chamberlain wanted to avoid going to war with Nazi Germany, although it didn’t make much of a difference anyway. 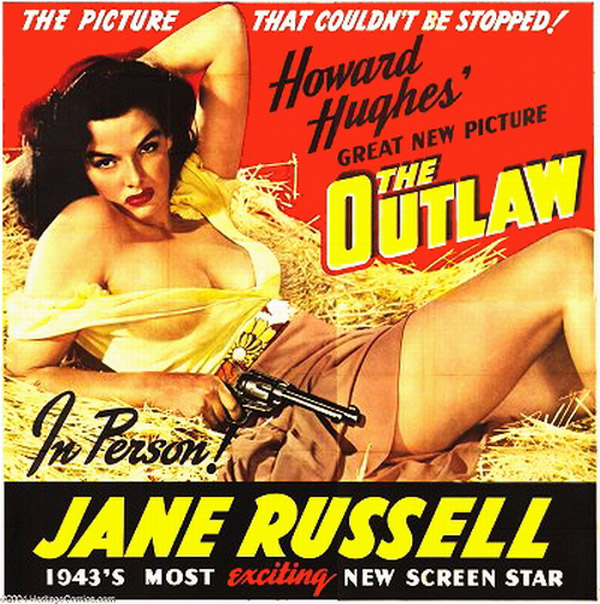 Predictably though, it was more usual for voluptuous figures and sensuality to be the reason why movies were given the red light.

In 1943, The Outlaw brought sex into Westerns.

Nowadays, we would openly envy Jane Russell’s prominent bosom yet cheer her on with feminist approval, but back then the obvious display got the film shelved.

The scene was so scandalous that the BBFC ordered it to be chopped to a mere 20 seconds before finally allowing for its release.

Further controversy put the film back in the spotlight when Brando’s co-star Maria Schneider told The New York Post she felt humiliated and raped after the scene was filmed.

William Friedkin’s 1980 Cruising had audiences protesting against, not the strong homosexual content, but what they saw as a distorted portrayal of the New York City gay community as “leather-clad, popper-snorting, fist-fucking, sadomasochistic hedonists” as the late Roger Ebert feared in his review of the film; a reception which may have led to a sudden surge in hate crimes against gay men.

The film continues to cause a stir due to the regeneration of some of Cruising’s more explicit footage into a James Franco docu-fiction movie, Interior. Leather Bar. Franco argues that the point of the project was to intensely explore the actual filmmaking.

Evidently, there are some movie-masterminds who strive to create controversy within a less-stifling industry.

Of course, one cannot speak about film banning without mentioning movies that stoke religious debate.

Martin Scorsese’s 1988 adaptation of novelist Nikos Kazantzakis’ Last Temptation of Christ continues to be prohibited in the Philippines and Singapore, while being temporarily banned in Mexico, Argentina and Chile, to name but a few outraged nations.

For most, however, the film didn’t provoke for its religious alignments but rather its artistic direction.

“What many may find truly disturbing about the film is not its depiction of a confused, human Jesus, but its director’s reliance on torn and bloody flesh, human and animal, to illustrate a biblical tale,”  said the New York Times in 1988.

“The film sins against taste. Gratuitous violence for box-office gain is the temptation contrived by the devil who hides in cameras.”

Fast-forward to present day, we’re all more than familiar with the chaos surrounding Seth Rogen and Evan Goldberg’s The Interview (2014), which sparked debates regarding artistic freedom, but also those about the relationships North Korea has with the rest of the world.

With a vigilant fanbase, Rogen and co-star James Franco garnered the power of a web-based generation to press for the release of the film despite the threats of the hacker group The Guardians of Peace following their infamous infiltration of Sony’s mainframe system.

I think it is disgraceful that these theaters are not showing The Interview. Will they pull any movie that gets an anonymous threat now?

To retaliate, we should refuse to show all the comedies coming out of North Korea. — Michael Ian Black (@michaelianblack) December 18, 2014

The film features a hyperbolic parody of North Korean dictator Kim Jong-un who becomes the assassination target of CIA-recruited journalists played by Rogen and Franco. One can only imagine the uproar this caused in North Korea. 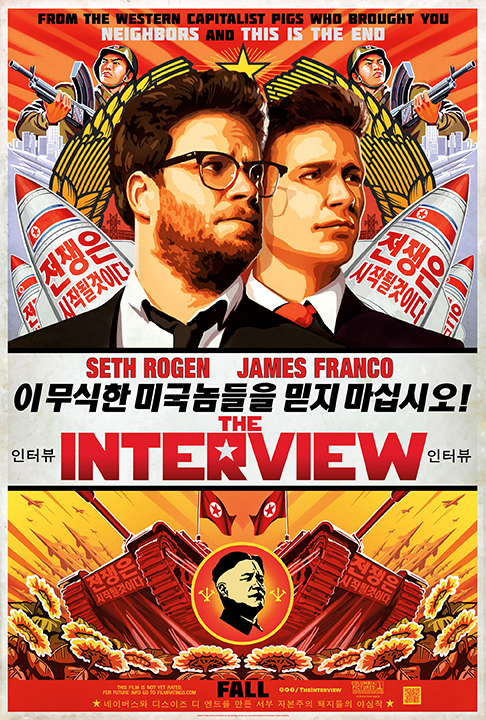 Banned movies create mass hysteria because the audience feel the need to fight for freedom of expression on behalf of those we call oppressed filmmakers.

The film legend Mae West famously admitted, “I believe in censorship. I made a fortune out of it.”

So, to what extent is the banning of movies an effective publicity stunt?

What we rarely consider is the money the aforementioned freedom movement may bring in. With this embedded controversy, most consider it to be PR’s dream come true.

Last Tango in Paris generated a hefty $100,000 in just six days, which was a considerable sum in 1972, following its post-ban release in Italy alone.

Sacha Baron Cohen’s Brüno (2009) was banned in the Ukraine for its “artistically unjustified” and “homosexual perversions,” according to the Ukraine’s culture minister.

This ban, along with Baron Cohen’s already divisive reputation as a filmmaker, gave him movie box office success to the tune of over £93million.

Film student Alexandre Murtinheira considers Baron Cohen’s mentality, “I think [he] is a brilliant film maker, he takes a controversial approach on subjects such as religion political and social topics that the audience are intrigued regardless of it being shown or told in a good or bad light. He also uses discrimination in a mocking way to show how ignorant people can be but usually gets criticised as his material could be quite extreme and provocative.”

But look at The Interview; due to its release in only 400 cinemas as well as numerous sub-average critic reviews, and despite the far-reaching news coverage the project received, Sony still suffered a wounding loss of $30 million.

Additionally, movies with that much scandal attached also lure in piracy, which probably swallowed up a lot of Sony’s potential profit.

So, if we look at the issue in its entirety as a member of the public, we can only hope for a more sovereign film industry; but upon examining it as a critiquing press, we can only pray for more controversy.

Freedom, fatwas and the Mob