The 2015 General Election is impossible to predict 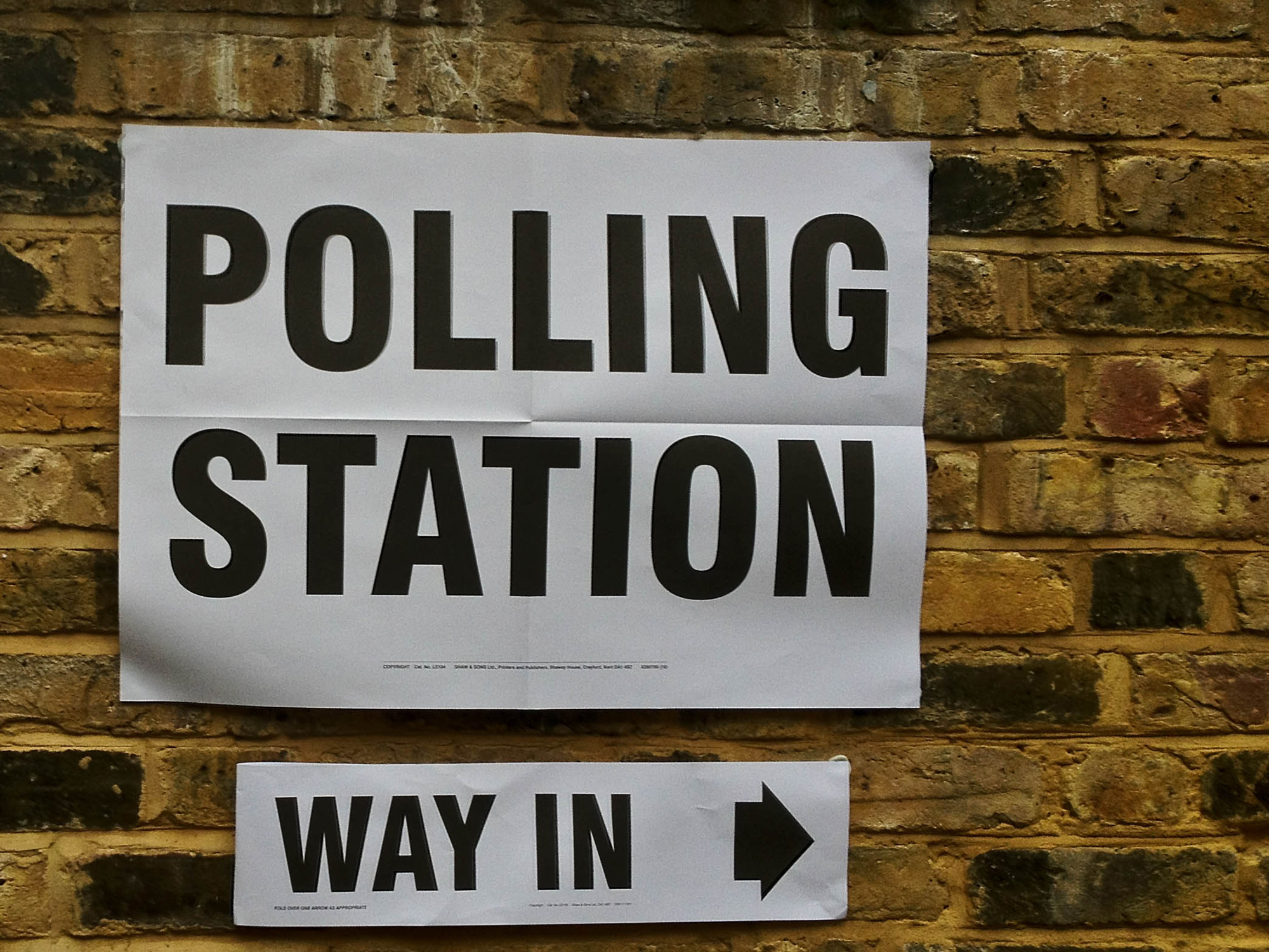 In May this year voters in the UK will go to the polls to decide the outcome of possibly the most unpredictable general election in years – and one that could decide the course of this country for the foreseeable future.

There is no way to accurately predict which party the majority of the votes will go towards; nor can one say with certainty who will be the Prime Minister with anything other than educated guesswork.

However, what the vast majority do agree on is that Britain’s politics has changed to the point where it can no longer be described as a two party system. Support for both Labour and the Conservative parties is dwindling amid perceptions of elitism, arrogance and perhaps most importantly, a lack in ideological fortitude. 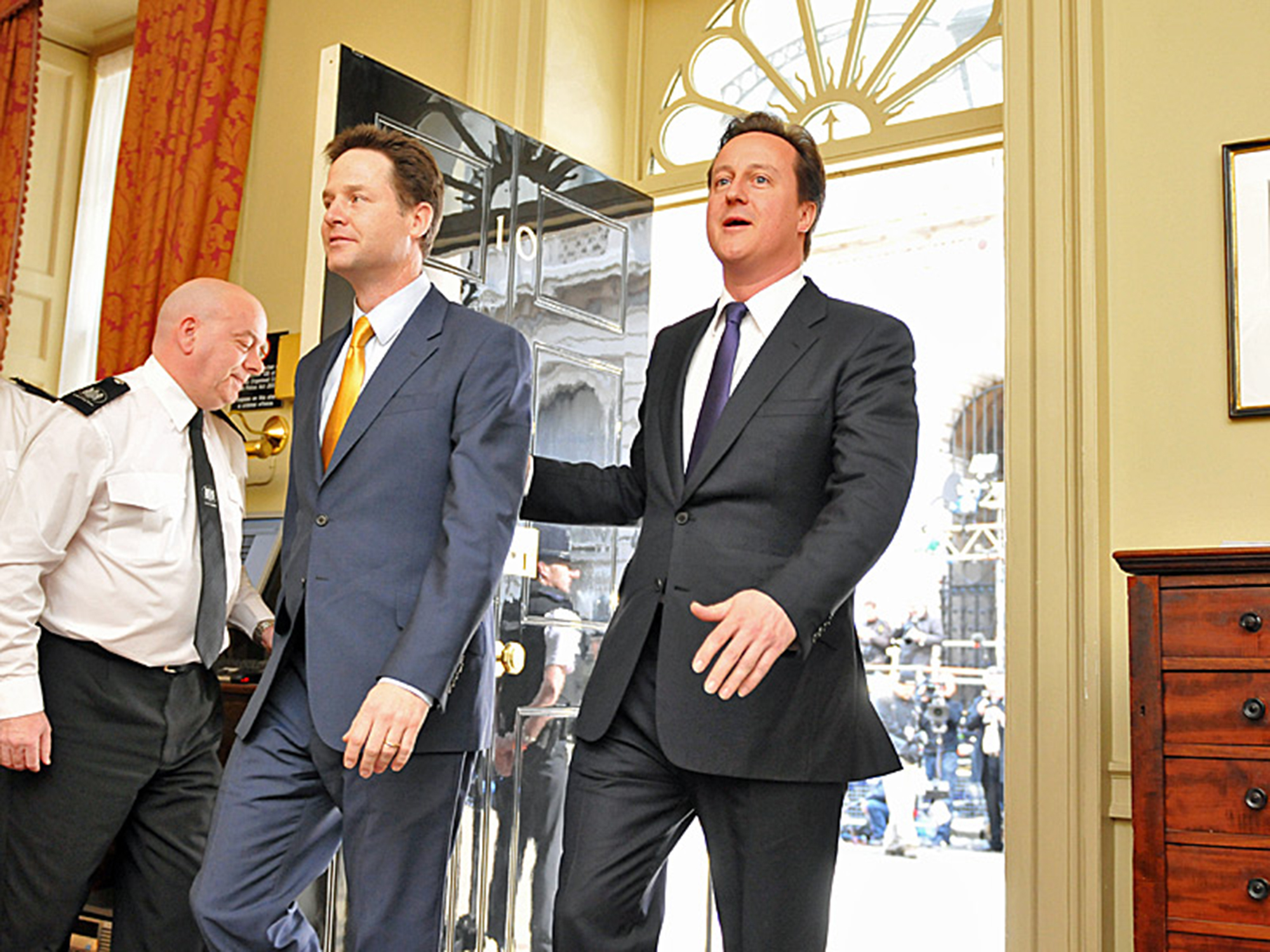 The number by which we now list the parties in Britain’s political system is also contentious – the increase in popularity of smaller parties have made commentating on how the country ought to be governed markedly more complicated and interesting than it once was. The two biggest parties have to contemplate how far they are willing to appease those who claim to hold the traditional Conservative and Labour values, and at the same time hold onto the decisive vote of middle England – a spectrum of the population both parties will claim ownership of.

The factors influencing Britain’s election are numerous – a fragile, if growing, economy, a potential referendum on the European Union and a failed recent attempt by the Scottish National Party (SNP) to break the country up are just three of them.

The sheer number of parties vying for our votes, as well as the fact that Parliament is coming to the end of a fixed term, means this will be an election without precedent.

2015 will be Joe Twyman’s fourth general election as head of political and social research at YouGov. The previous three, he says, were relatively simple: “Back in 2001, it was pretty easy, in 2005 it was straightforward but it was a lot more difficult in 2010 and now in 2015 it is a lot more difficult again. It is not possible to predict what the result of the election will be.”

The last election in 2010 was, as Twyman says, an easy one to comment on – the only question being whether or not David Cameron had reformed the Conservatives enough to win a majority, but considering how far behind they were in the Commons, a coalition with the Liberal Democrats was, in hindsight, quite likely.

Whereas in 2010 the Conservatives easily won the most votes, and subsequently almost 50 more seats than Labour, this year the polls are considerably closer, and the result will probably be another hung parliament. The past 18 months have seen Conservatives fluctuate between 30 and 32 per cent, Labour between 32 and 34 per cent and UKIP is currently in third place with 15 per cent. 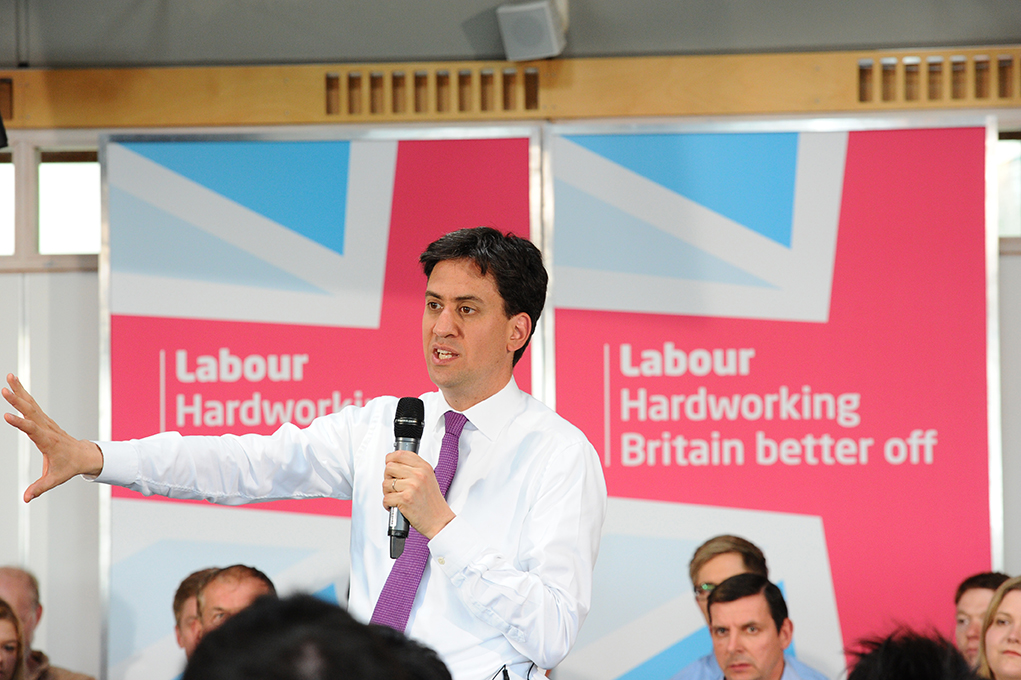 “There are a lot of great uncertainties surrounding this election,” Twyman continues, but says he is fairly certain there will be another hung parliament. Beyond that, the result gets a lot more complicated to anticipate.

“Any pollster or political scientist will tell you it is not a good idea to look at the gap between the Conservatives and Labour, but rather you should look at the share of the vote. We know Labour benefit from the electoral system, so we could see a situation where the Conservatives win the most votes but Labour wins the most seats in a hung parliament.”

One of the biggest stories, and contributor, to the electoral drama is the emergence of UKIP. Their success depends on how Nigel Farage’s party can sustain the momentum from the European Elections and two by-election victories last year.

Jack Duffin is chairman of Young Independence, UKIP’s youth wing, and he’s at pains to point out the importance of this year’s vote: “It will define where the UK moves over the next five years in terms of the economy and several other factors which will have a lasting impact in the foreseeable future.”

UKIP have been the biggest beneficiaries of the decline in support for the larger parties in England.

Taking two Commons seats from the Conservatives, and coming very close to winning in a Labour territory have given the party the belief it can cause both the main parties to reconsider their positions on issues such as the European Union and immigration.

UKIP, Mr Duffin says, will be present in our political consciousness for much longer than either the Prime Minister or Leader of the Opposition would like: “Democracy is allowing people to vote whichever way they want and accepting the result. The old two parties are shrinking at unbelievable rate, and who knows if they will still be around in their current form in 20 years.”

“We know Labour benefit from the electoral system, so we could see a situation where the Conservatives win the most votes but Labour wins the most seats in a hung parliament.” Joe Twyman

Both UKIP and the Green Party have, along with the SNP in Scotland, done a brilliant job in taking the support that has drifted from the centre. The reason for that is one most agree upon – that people, generally, feel let down by politics and politicians. The ingenuity of those who have filled the vacuum is also, paradoxically, their flaw. UKIP members, for example, have demonstrated that they can campaign more effectively than the Conservatives on local issues and articulate people’s frustrations, hence two successful by-elections. The flaw with UKIP is that  it is simply not big enough to win enough seats to form part of any government. Historical precedence would suggest that it is unlikely the 15 per cent of people supposedly intending on voting UKIP will do so in practice.

The polling numbers for the incumbent party – the Conservative Party in this case, as they are the largest of two in the coalition – usually begin to improve as the election approaches, and it is likely that the number in particular is “artificially deflated”, in the words of Joe Twyman.

Estimates show people who voted Conservative in 2010 comprise 40 per cent of people who answer UKIP when asked for their voting intentions. Critically, the amount of seats the Conservatives lose will depend on how many of those people they can get back and the same goes for Labour in constituencies where it is fighting against the SNP.

The Scottish referendum, and its still-to-be decided aftermath, is partly what makes this election so interesting. The closest comparison one can make is with the Quebec referendum in 1995 which, like Scotland last September, was extremely close all the way along. In that case the nationalist vote fell away after the independence bid failed.

Many thought the same would happen in Scotland but, in fact, it is the exact opposite as some polls give the SNP as much as 50 per cent of the Scottish vote a full five months after deciding to remain in the United Kingdom. The theory regarding the Conservatives and UKIP also applies here – the belief being that Labour’s support is also underrated at this time. 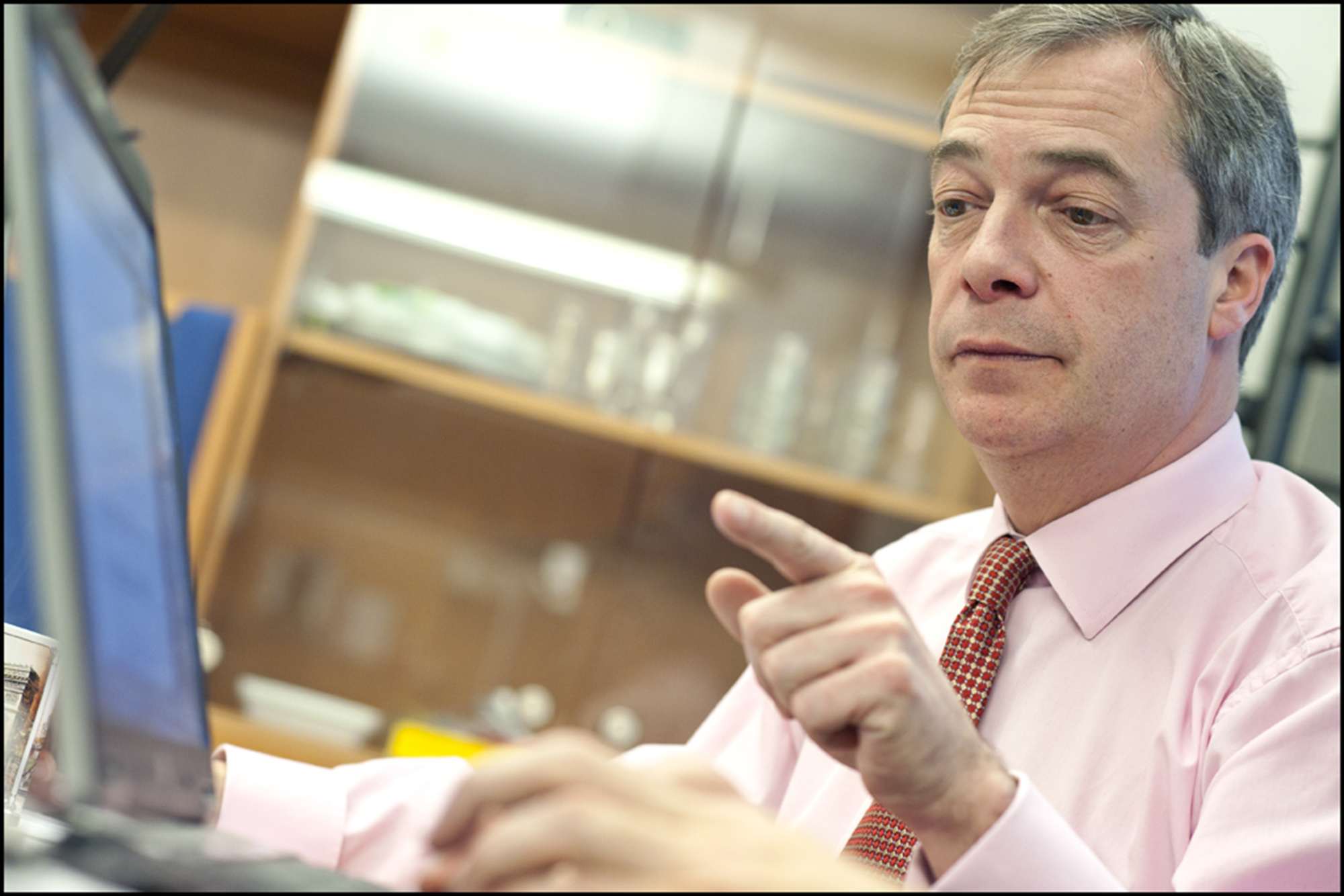 The other issue, just as pertinent as that of the two major parties and the votes they will lose to their respective upstarts, is the fate of the Liberal Democrats.

The three smaller parties have usurped the Liberal Democrats as the beneficiaries of protest or semi-apathy; a vote for them no longer means one is unhappy with the way things are but still wants to be taken seriously. Its time in government, as well as the position of leader Nick Clegg, who is seemingly positioning his party for another coalition, regardless of whom with, has given it an image of a party of few values.

Whether or not this is fair is debatable; Liberal Democrats will remind their critics of certain government policies – the increase in the tax threshold for those on low income, for example – which they say would not have happened had they not been in Whitehall to rein in Conservative ministers.

However, the about–turn on tuition fees has been almost impossible to recover from, and even the most optimistic Liberal Democrats believe the party will lose a significant amount of seats. The pessimists in their ranks think their status as Britain’s third party is at risk with their polling figures down from 24 per cent to just 6 per cent since 2010.

Most of that has not gone to UKIP or the Greens, but rather the Labour Party. Will those people stay with Labour? Again, uncertainty is the answer, but polls announcing the loss of Liberal Democrat support to Labour appear quite likely to become reality.

A possible saving point for the Liberal Democrats this year is that they share similar strengths to those parties who have taken their ground. In certain areas of the country, Liberal Democrats are in control because of their ability to campaign and ultimately govern quite well in small areas on local issues. It is likely that despite performing terribly in almost every regional election since 2010, they will probably retain between 20 and 30 seats in the House of Commons, meaning they would still hold the balance of power in forming the next government.

In a hung parliament, the Liberal Democrats would be able to choose who they go into government with, unlike in 2010 when the Conservatives were their only real choice.

“This far out and even closer in, it is very difficult to predict. In the old days when Peter Snow would stand in front of a Swing-o-meter and talk about this and that moving, all those swing calculations are based on a two party system. They don’t work well for three party systems, and when you have four or five parties it just collapses, so even if we knew where the voting intentions were going to go on a national level it would still make predicting the seats very difficult,” Twyman adds.

What most agree on is that the anti-political sentiment is not going away. Many blame the centralisation of decision making and increasing professionalisation of politics in Britain as the main reasons behind this, as well the decline in “positional” politics – where parties have clear policies towards certain issues, rather than repeatedly using the same phrases and losing the audience in statistics and the minutia of economic theory.

Trust in the state – be it politics, the judiciary or the police – has been in decline for a generation. Whatever happens in this general election, faith is unlikely to return without drastic action from the great institutions that, like it or not, we are stuck with. Only through participating in the electoral process can we change our political system, and make it sufficient to serve us in a rapidly changing world – which Britain, it would appear, is still finding a role in.