In December 2012, my flight from London to Catania, Sicily, was cancelled and the airline offered me a substitute flight to the Italian city via Malta. The situation was frustrating but I accepted, knowing I could enjoy some time visiting the island before moving on to Sicily.

What I saw in those few hours was just a first and partial impression, but a reflection of how Malta is changing at the expense of the environment, its history and people.

The journey found me immersed in Malta’s countryside – rich in smooth low hills and small villages – but as I reached the small coastal town of St. Julian’s the landscape started changing, becoming more and more industrial. Despite its past as a fishing village, St. Julian’s is now a touristy seaside town – overpopulated and crowded in the summer, and nearly empty during the winter.

Nearby is the town of Sliema, a famous centre for shopping and nightlife. As with St. Julian’s, development projects plaguing the Maltese coast are taking over the traditional beauty of the region. 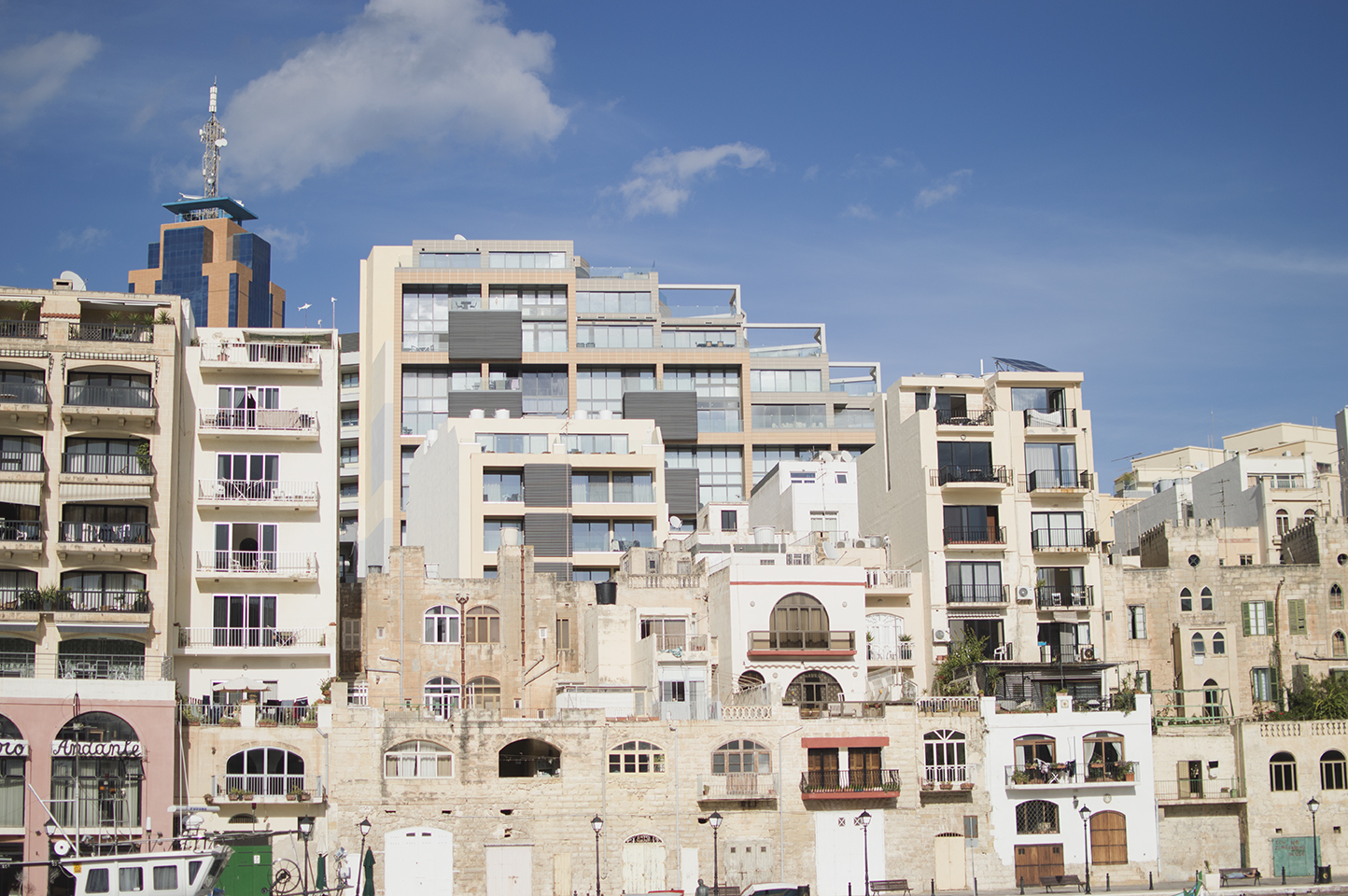 The Sicilians were the first to put roots in Malta, followed by the Phoenicians, Normans, Turks and Germans, all influencing the island’s architecture in unique ways.

Eventually Malta was colonised by the British Empire in 1800, and it wasn’t until 1979 that complete independence was granted to the territory.

Over time Malta has become increasingly driven by tourism, and today it’s one of the most popular summer destinations for British holidaymakers. 30 per cent of the tourist market is made up by British nationals, followed by Germans and Italians, both at 11 per cent. The influx of holidaymakers has paved the way for new infrastructure that’s specifically geared towards accommodating tourists.

The building market has few barriers to entry. It’s now reached a point where the environment is risking serious damage if new regulations aren’t implemented. In an interview with The Times of Malta in 2013, former planning consultant Martin Scicluna complained about the lack of reaction from politicians, saying: “The inability and, most notably, the lack of political will exercised by successive governments to enforce the law on the environment has been appalling.”

The 2005 NSO census showed 53,000 vacant housing units on the island, but despite this the Malta Environment and Planning Authority (MEPA) issued permits for 47,000 more units between 2005 and 2010 – 95 per cent of them apartments – increasing the number of empty properties to approximately 76,000. With so many available housing units, the need for new hotels comes into question.

MEPA approved several proposals in January that would further impact the coastal environment of the island. On January 15, permission to build a new private lido in the north eastern town of Gzira was granted despite protests from the local fishing community, while on January 28, a proposal that would allow construction of a new hotel on the coast of Tigné, Sliema, was presented to the planning authority, but no mention was made of the planned height of the building.

Following a 2014 policy change, high rise developments over 11 stories can now be legally built near the seafront, despite numerous complaints from the local community.

In addition to air and noise pollution, a 2013 report by Dr Joseph Cacciottolo at the University of Malta shows the high correlation between pulmonary complaints and the dust coming from quarries and building sites. An encroachment of the town into the countryside can make it harder for the earth to absorb water, resulting in increased flooding.

Paradoxically, it also adversely impacts the tourist market, as the natural attractions once enjoyed by visitors now risk disappearing behind tons of concrete and brick.

In an article for The Times of Malta, Scicluna wrote: “It is not an exaggeration to say that the country is at a tipping point. We can either continue to eradicate the last remaining vestiges of ‘Old Malta’ (…) and extend the ugliness and ruination (…) to the whole island. Or we can change course.”

By Oriol Escude
6 Mins read
The unfinished Sagrada Familia has become known for tourism, crowds, kitsch souvenirs and paella restaurants. Its completion threatens the homes of hundreds of residents.
Culture

By Sarah Nane
5 Mins read
Algeria is now fast becoming a hotspot for British holidaymakers to visit. The diverse culture and traditions are something for people to discover and enjoy to the fullest.
News

Big Sleep Out: 'It's a mandate for action'

By Kesia Evans
4 Mins read
More than 100 million people around the world have no place to call home. The World’s Big Sleep Out aims to make a difference.