Thousands take part in a march for homes 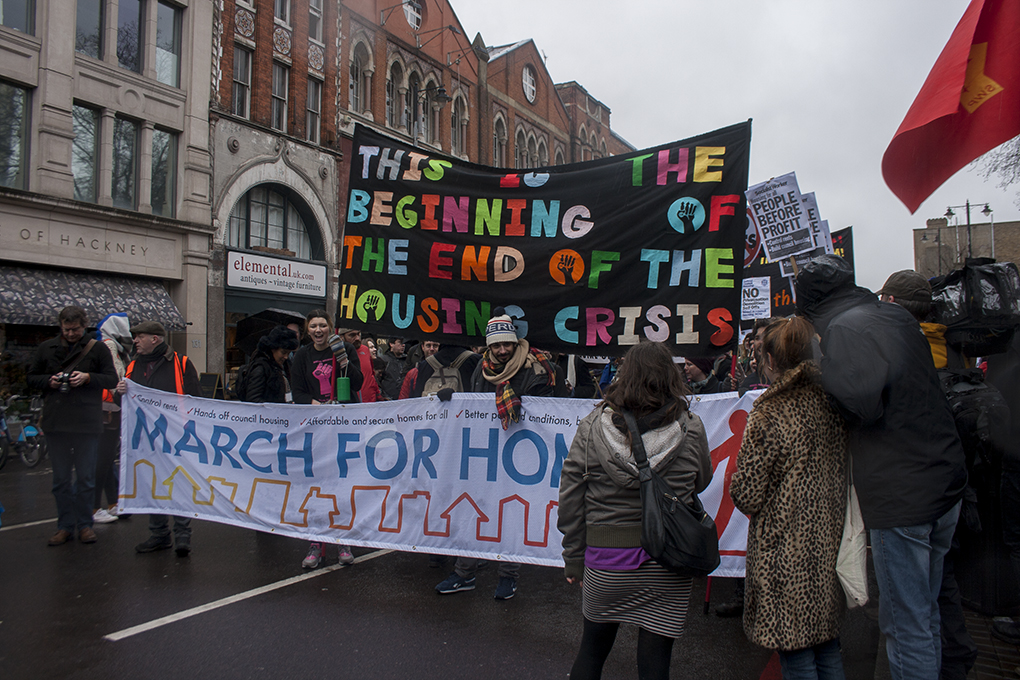 Close to five thousand people gathered in east and south London to form a protest ‘march for homes’ – many of the people marching were young family members as well as the elderly – everyone clearly came for the same purpose, to stand up for his or her rights as tenants.

Despite the inclement February weather people from all around London and the rest of UK came together to form a peaceful protest.

Many people who were questioned by several news teams focused on the political and class agenda.

Annette May, 68, from Lambeth stated: “Road sweepers, street cleaners all deserve a decent home, they certainly don’t deserve to be priced out of council property. Where are they going to live, under the arches? Middlesborough? I’m from Sunderland myself but I don’t want to go back, I want to stay here.”

The protest march that went through the Lambeth area also highlighted the now demolished Heygate estate, renamed as the Elephant Park, and currently under threat Cressingham Gardens, in Tulse Hill.

Campaigners have highlighted an Oxfam report published in October 2014, which states that as many as seven out of ten people who lived in countries where economic inequality was worse than 30 years ago, and in 2014 Oxfam calculated that just 85 people owned as much wealth as the poorest half of humanity.