LGBT: A year of liberation and setbacks 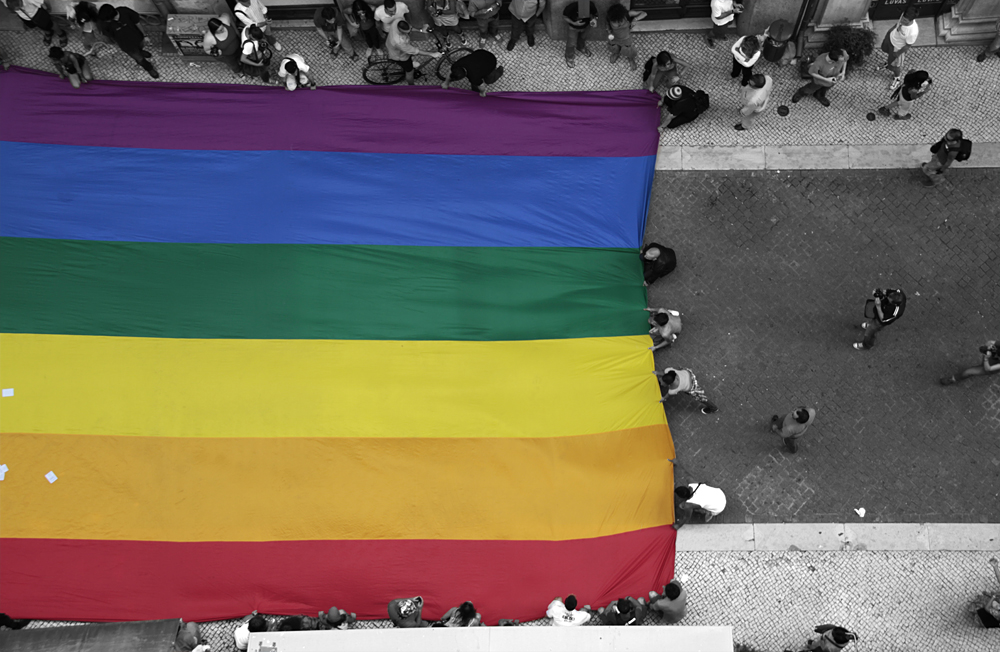 It’s a painful fact that over 70 countries still criminalise homosexuality. Today, 10 countries punish homosexuality with death. Millions live in these societies, fighting for rights of love and liberty.

Alongside some heart-breaking setbacks, 2014 has seen some milestones in the liberation of the LGBT community across the globe.

Here in the UK we saw some of the first same sex marriages across England, Wales and Scotland.

David Cameron, in an article for the Pink News, described the movement in England as “an important moment for our country” adding: “In Britain, it will no longer matter whether you are straight or gay – the state will recognise your relationship as equal.”

This step forward for the LGBT community proves that the path to liberation is clearing: as the world slowly awakens from its bigoted slumber, more countries begin to address their legislation with regards to same sex marriage.

Recently in the States it has been decided that the Supreme Court will historically rule on whether same sex couples should have the right to marry in every state. With lobbying from countless campaigns, it’s about time. 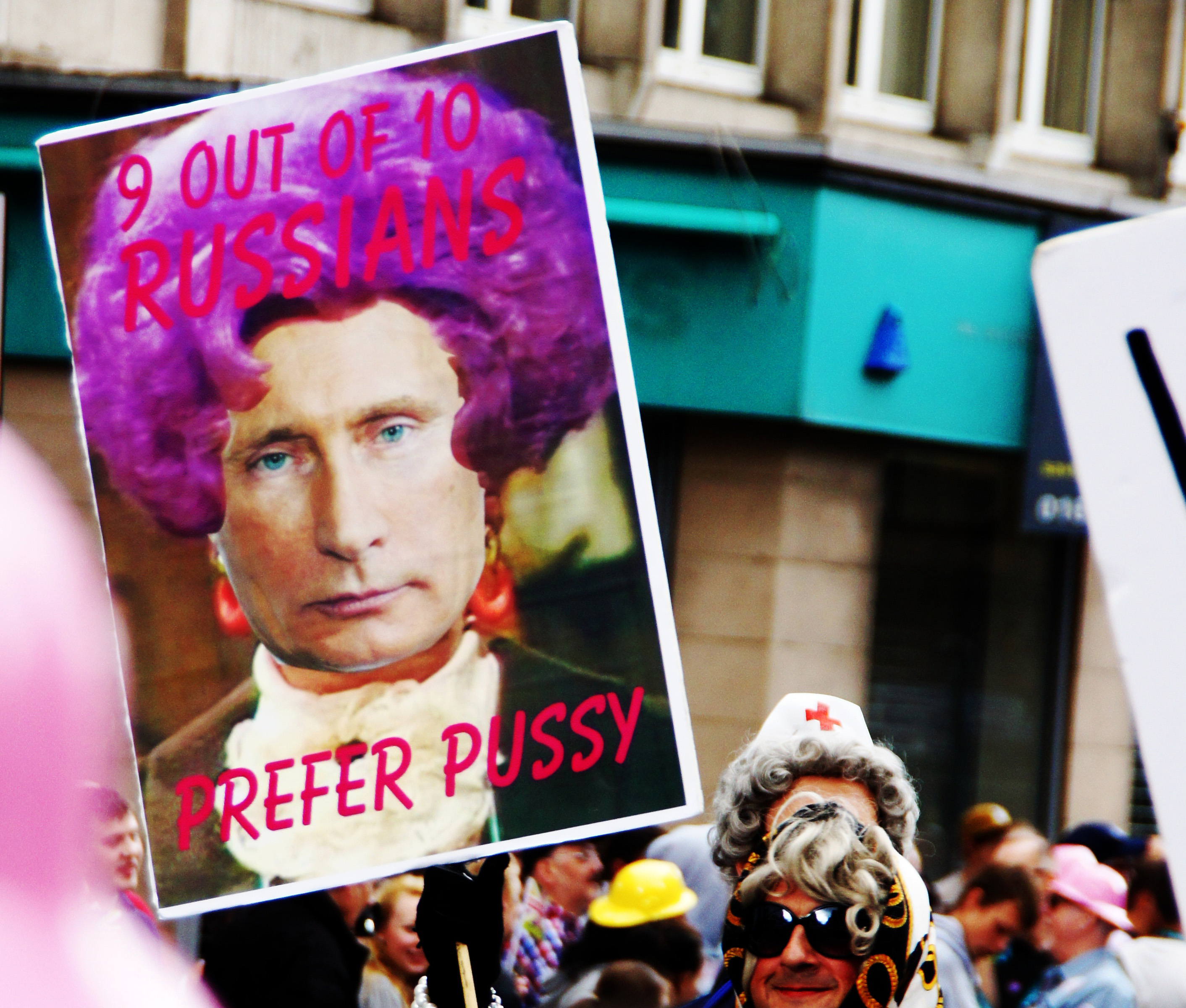 You can’t talk about LGBT liberty without mentioning Russia. In June 2013, Putin passed a law banning the ‘propaganda of non-traditional sexual relationships’ to minors – seeing a spike in LGBT hatred. It then became the centre of attention during the lead up to the 2014 Winter Olympics in Sochi.

What could have been an opportunity to nurture and promote acceptance, instead saw mass prejudice and hate.

Russia is yet to renounce its laws against the LGBT community and was ranked last, with a score of 6%, in the European International Lesbian, Gay, Bisexual, Trans and Intersex Associations Rainbow Map.

The map ranks European countries according to their ‘legislation and administrative practices that have direct impact on the human rights situation of LGBT people’. In the UK we scored 82%, securing us a first place medal.

Acceptance in certain parts of the world has grown at rapid rates but many still struggle to welcome change.

Conversion therapies have become the talking point in mainstream media. Tumblr was set ablaze by the reaction to the suicide of trans teen Leelah Alcorn. The teenager, who had been subjected to conversion therapy by her Christian parents, took her own life; leaving her suicide note on the popular blogging website.

One post, which has since been deleted by Leelah’s parents, saw her explain the struggles she faced in day-to-day life:

“When I was 14, I learned what transgender meant and cried of happiness. After 10 years of confusion I finally understood who I was. I immediately told my mom, and she reacted extremely negatively, telling me that it was a phase, that I would never truly be a girl, that God doesn’t make mistakes, that I am wrong. If you are reading this, parents, please don’t tell this to your kids.”

A petition in the States to ban transgender conversion therapy has since been set up: the law proposed has been dubbed Leelah’s Law.

“My death needs to be counted in the number of transgender people who commit suicide this year. I want someone to look at that number and say ‘that’s fucked up’ and fix it. Fix society. Please.” Leelah Alcorn

Suicide is a serious issue across the LGBT community: A 2014 survey of 7,000 LGBTI 16-25 year olds in England, conducted by support charity Metro, found “significantly higher levels of mental health problems including depression and anxiety, self-harm and suicidal thoughts”.

The Tumblr community’s reaction to the death of Leelah was viral: in a time dominated by youth culture, are we on the horizon of a society that will accept everyone?

The Netflix original series Orange Is The New Black showcases a female-centric cast of strong gay figures, it is now in its third season.

The online hit is shifting the cultural landscape of our television one orange jumpsuit at a time: Laverne Cox plays transgender inmate, Sophia Burset, and has become an icon for gender equality and acceptance.

Mainstream media also saw Austrian singer Conchita Wurst win the Eurovision song contest with her track Rise Like A Phoenix in May 2014.

With a total of 290 points she dedicated her victory “…to everyone who believes in a future of peace and freedom,” concluding her acceptance speech with: “We are unity, and we are unstoppable.” The Russian public even placed her third in their voting poll, but she was marked down by their judges.

Despite the win clearly demonstrating the beginning of LGBT acceptance across the majority of the EU, Russia’s Deputy Prime Minister, Dmitry Rogozin, responded to the win on Twitter:

The bearded lady was a middle finger raised to all the EU who struggle to accept. Sparking conversation across the globe – we have seen from some the acceptance that is now a necessity not a nicety.

Gabriel, a Genderqueer student, believes that “awareness is being raised, and I feel like people are starting to understand the issues trans people face in a more nuanced way.”

However Gabriel says: “Just when we thought media representation is getting better, tabloids are constantly lampooning trans people – the most recent victim being Bruce Jenner, [the ex-Kardashian step-father] who has pretty much been non-consensually outed. Even today, there’s still this huge media fascination with trans bodies and which genitals someone has, and not the actual issues that concern the community.”

With regard to LGBT liberty Gabriel believes that we’re on the right track but nowhere near the end. “We need to start amplifying trans voices instead of speaking for them. Give unconditional respect, whether you think a trans person ‘passes’ or not. Focus less on genitals, and more on civil rights. Just because there’s good in the world, doesn’t mean there isn’t any more evil.”

Liberty will always be something that all communities strive to achieve. Who knows, maybe this will happen in 2015 for those under the umbrella of LGBT.