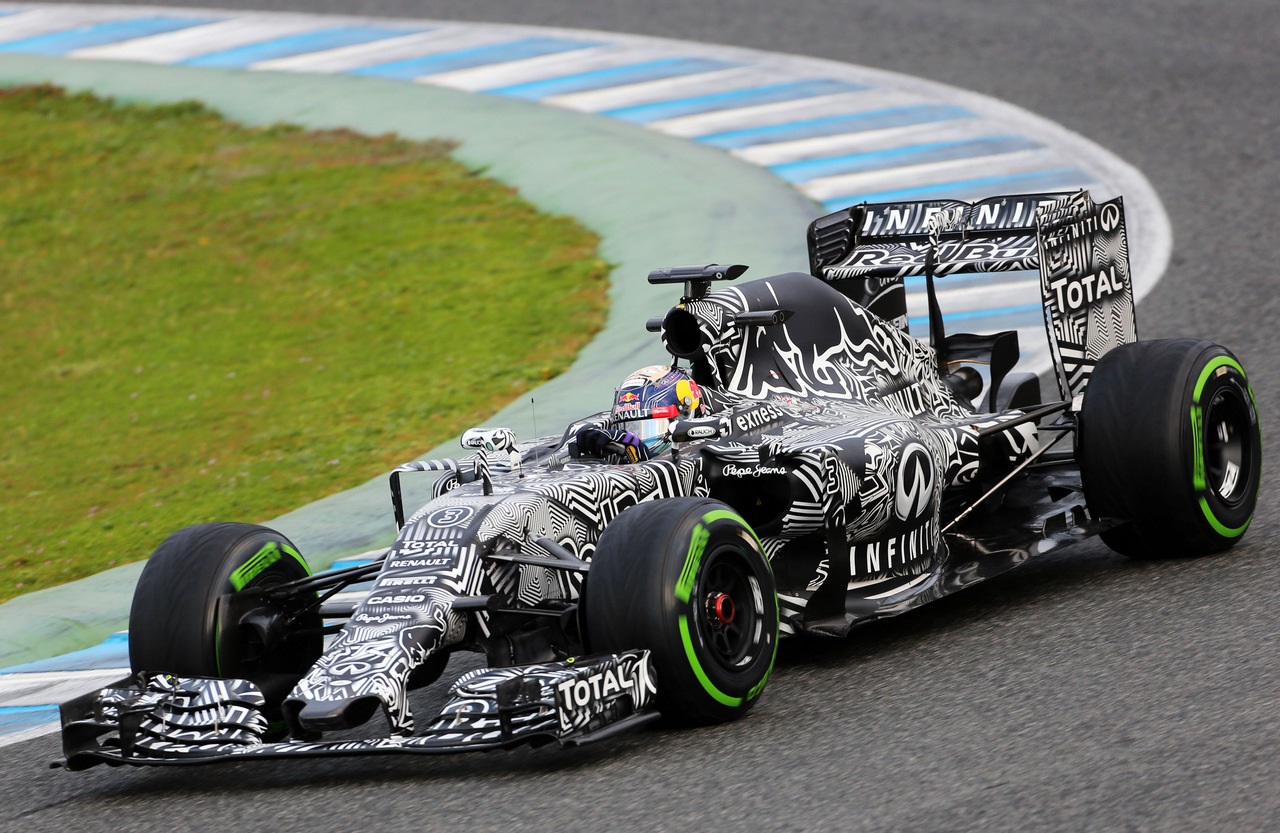 In 2014 Red Bull Racing’s phenomenal run of four constructors’ titles in a row came to a screeching halt as the team failed to register a single Grand Prix victory. The struggles on the track were mirrored off it with the announcement that four-times world champion Sebastian Vettel would be heading off to Ferrari for the 2015 season.

Rather than trying to find like for like replacements for the elements the team had lost, Red Bull appear to have taken the opportunity to have a radical change in the identity of one of Formula One’s giants.

The team’s new car was unveiled in early February at a Red Bull Infiniti event in London.

Daniel Ricciardo, the new number one at the team, made an appearance and looked in confident mood about his new drive: “I think the new one is going to be great, I’m excited to test it out,” Ricciardo told Artefact with an enthusiastic grin on his face.

Days after the unveiling the new car was seen at a garage in Spain testing the new Renault V6 turbo engine.

Ricciardo was there to test drive the RB11, as it rolled out of the garage in a striking new testing livery, which is similar to the dazzle camouflage often used while testing road cars. Red Bull is hoping that the RB11 is the car to bring the world championship trophy back to Milton Keynes.

The team principal Christina Horner esaid: “We’ve been pushing to the limit as usual. If you’re not on the limit, you’re not trying hard enough.”

With the disappointment of 2014 behind them, Red Bull will be looking to return to winning ways and challenge at the top of the F1 standings again. With big shoes to fill, all eyes will be on Daniel Ricciardo but the Aussie is not lacking for confidence, “I’m ready to give Mercedes a good fight.”