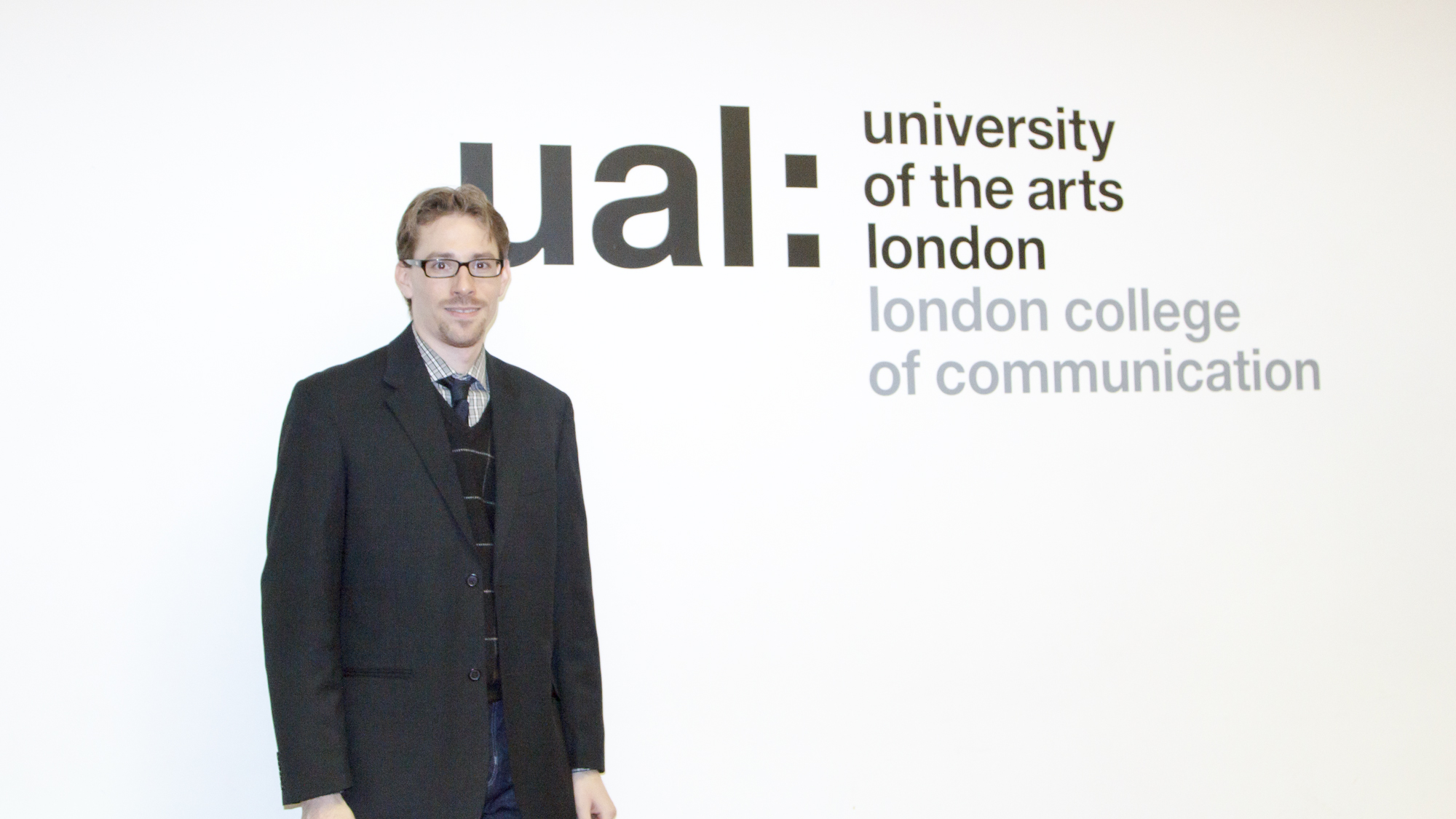 Magazine publishing and print journalism can be notoriously turbulent and fickle industries, although they appear to have made a minor resurgence in recent years. It’s a sector London College of Communication MA Journalism graduate Sean Stilllmaker knows a thing or two about, and he discussed it and his own magazine Majestic Disorder in a lecture at the college recently.

Originally from Chicago, Stilllmaker launched the printed version last year with his partner and fellow LCC graduate Kelley Mullarkey. Currently on its third issue, Majestic Disorder was originally an online magazine created by Mullarkey in 2012 with a focus on intimate stories on creative professionals, and with Sean’s experience and expertise in editorial, they widened the magazine’s content to include fashion, film, travel and current affairs.

The magazine was launched with the help of private investors and currently is distributed in more than 25 countries.

Stilllmaker began by exploring the importance and resurgence of print. He explored the five Ws: what are the ideas and content, who will be the readership, why will people be interested, how is it going to be created and where is it going to be produced.

Since the early 2000s there has been a decline in advertising, circulation and overall sales in print. With the introduction of the internet and new technology, many small magazines have ceased their printed publications and turned strictly to online versions, whilst larger and more established magazines are able to maintain a presence in both print and online.

But in recent years a new type of magazine has become popular, with a concentration on carefully selected editorial content and a greater focus on specific areas; this in turn has led to a dedicated and loyal niche following. Sean said: “This entire resurgence of magazines started approximately in 2007, interestingly and ironically enough, just as the crash of Wall Street happened.”

Discussing the importance of research, he mentioned various current magazines such as Little White Lies, Boat Magazine, Cereal and other magazines to use as starting points to learn from. He highlighted Apartamento Magazine, saying “they launched without crowdfunding, managed to secure advertisers and produce an entirely objective editorial approach. What they have done is fascinating.”

Social media presence and a solid business model were also important areas in Sean’s presentation: “Advertising, sales, investors, grants, crowdfunding and ancillary projects that is what you want to be looking at.”

Touching on ancillary projects he said “You’re not going to be able to make money purely off your magazine, what is going to be key is supplementing your income… what Vice is trying to do is break away from their magazine and be purely based around video and their online content… Monocle magazine has a radio station.”

The presentation covered many areas in creating a sustainable and endurable print magazine. He ended by mentioning the Student Enterprise and Employability grant that UAL offers to support creative entrepreneurial projects.

Sean will be speaking at the January Starters: Postgraduate Student Welcome Event on February 11.