In conversation with | Afrikan Boy 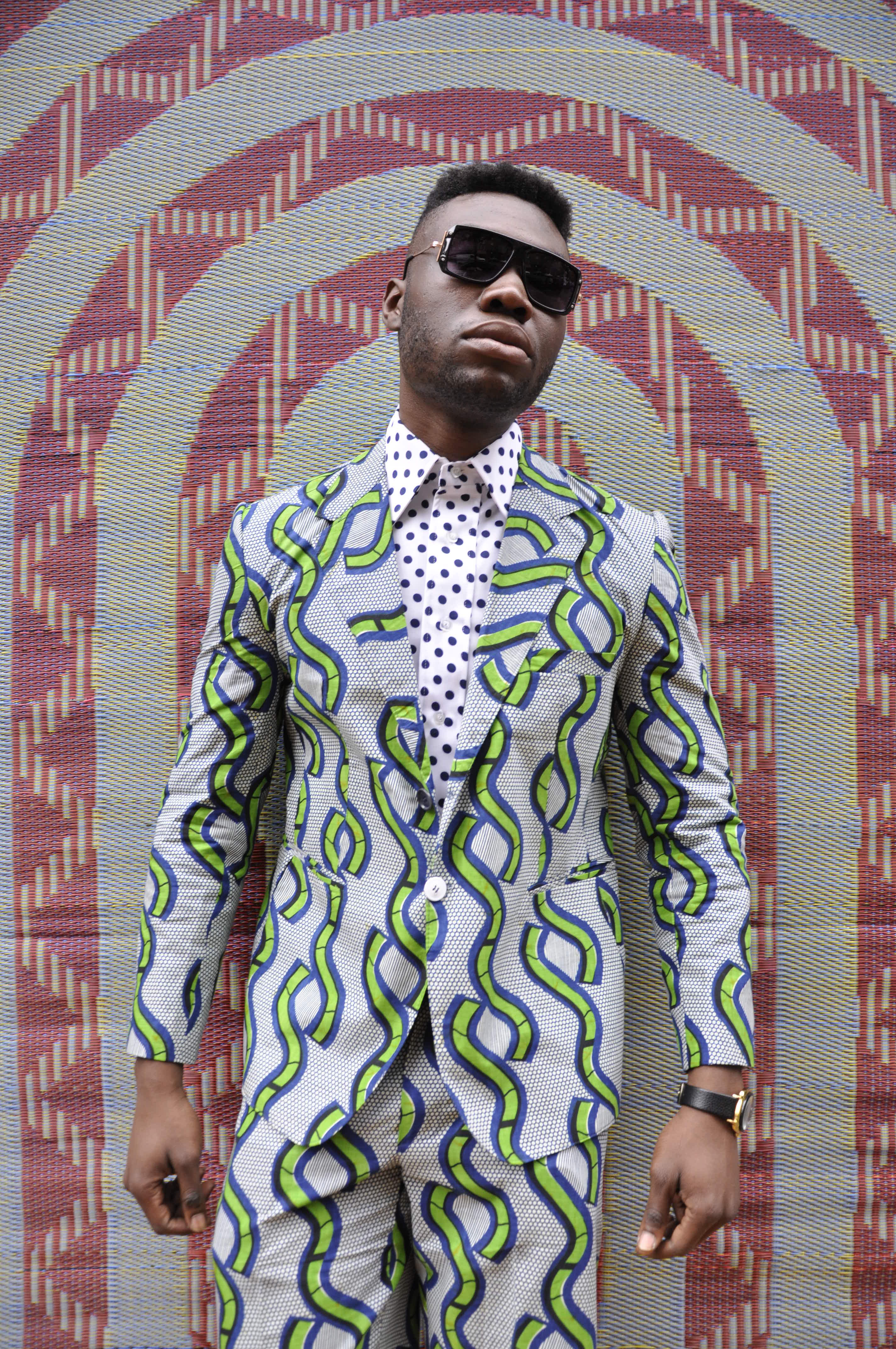 Olushola Ajose, better known as Afrikan Boy, is a 25 year old musician who’s collaborated with names such as Damon Albarn and Femi Kuti. It’s been a long seven years since he appeared on MIA’s critically acclaimed album Kala, and his debut album The ABCD came out just last year. We sat down and had a chat with the rapping Afropolitan to find out about his influences, authenticity, and what took so long.

How did you become interested in music? Was it always a dream of yours to become a musician?

It was one of my dreams. Music was a way for me to socialise with friends, go to youth clubs, things like that, so my interest in it grew. It was a natural progression.

How did you arrive at your stage name?

That’s an interesting one. I believe it was because of the taboo topics such as immigration, finding the humorous side to growing up in a Nigerian household with Nigerian parents – so I was always kind of just echoing those true realities. Afrikan Boy just felt like the most fitting name for people to call me, so I just ran with it.

Do you see Afrikan Boy as a representation of what your music is about?

Yeah, I mean to be called Afrikan Boy – to have the continent in your name – is a huge responsibility. Maya (MIA) always used to say that to me, but it’s something that I’ve slowly grown to understand. It does represent my viewpoint and my music, but in my view, the whole of the world and music as we know it, has origins in Africa. So it doesn’t limit me to one type of music.

It’s interesting that you say that because your music is a mishmash of cultures. For those who have never heard it, how would you describe your sound and who are your musical influences?

I would describe my style as… [laughs], I hate this question, but I would define it as eclectic, afro-grime if you wanna call it that. If you come to my live shows, there are elements of hip-hop, dance, reggae, crunk, drum ‘n’ bass, but what ties it all together is myself.

My musical influences range from Tupac Shakur, Fela Anikulapo Kuti, Bob Marley, to Dizzee Rascal, Kano, D Double E and other people from the UK grime scene. True organic hip-hop, true organic African music that my mum used to play at home. My biggest influence though, was grime, because that’s how I started making music and writing lyrics.

You had some success with one of your first tracks One Day I Went To Lidl which was released in 2006, but the feature that really launched you into the public eye was your collab with MIA on ‘Hussel‘. How did that come about and how did she find out about you?

Maya found out about me through Myspace, and I think she heard my track in India which blew my mind. My music’s being played in India! But she heard my music, was intrigued by it and contacted me. I agreed to work with her and that was my first introduction to MIA in any sort of fashion. I was 16 at the time and had never heard any of her music.

My first impression of it was “this is kind of weird” [laughs]. I mean, coming from someone who only listened to grime, at the time I wasn’t even into hip-hop or American music. I only listened to UK grime. But I thought why not experiment? Because it was coming at a time when a lot of people were finding out about me and wanted to collaborate. I said yes, and seven days later I went to the studio. Maya wasn’t there, but that’s when I recorded my verse for Hussel. We met up a couple of days after that and she whizzed me on tour.

She’s very focused in what she wants, she can come across as a bit of a diva but she knows what she wants and she will try to go for it even if she think’s she can’t get it. Creative, deliberate in her art, very inspiring. She was the one who introduced me to Kuduro music (a genre of music originating in Angola) and started showing me different art forms. Her live shows are more than just the music, it’s about the costumes, lighting, animation. She pays close attention to her merchandise, she creates her own websites, creates her own CD artwork, she is hard working and doesn’t do things half way. I’m definitely still learning from Maya.

As someone who really reps Africa hard, how do you feel about the representation of the continent and African culture in the media? And do you feel like you have a responsibility to represent Africa in a positive light?

100 per cent. I think if Africans don’t represent Africa in the right way and tell our own stories, we’re going to continue to be bombarded with bullshit images of flies on tails, UNICEF adverts and Band Aid…and how Africa has received over $120 billion (£79 billion) in aid but yet, some of the areas are still disgustingly poor and mismanaged. Even from a musical perspective – there’s a lot of work, and I just try to do the little bit that I can as Afrikan Boy with the small team that I have. If someone types in Afrikan Boy anywhere in the world, they’ll see someone who is doing something positive and trying to represent a great image.

Your debut album The ABCD was released in August 2014, but it’s been about 7 years since you appeared on the scene. Was it a conscious decision to hold back on recording a debut album, or were you just busy with life?

It definitely was a conscious decision to delay because I was studying for my degree and life happened, but at the same time I was also preparing and getting the right situation ready to release an album properly. All those things involve building a good, sturdy team that believe in you, who know what you’re about, who know where you want to go and how to do it. It’s actually come out very organically in my opinion. I envisioned my album to maybe come out on Maya’s label, or on a different record label – I never thought I’d be doing it independently and have the support that I’ve got from it so far.

It’s all about timing. Some of the tracks like my first single of the album Hit Em Up with the Fela Kuti sample, that track has been with me since I was studying in 2007. If it was released then, it might not have gotten the traction that it has now, because more people are open to it. Timing is a huge factor.