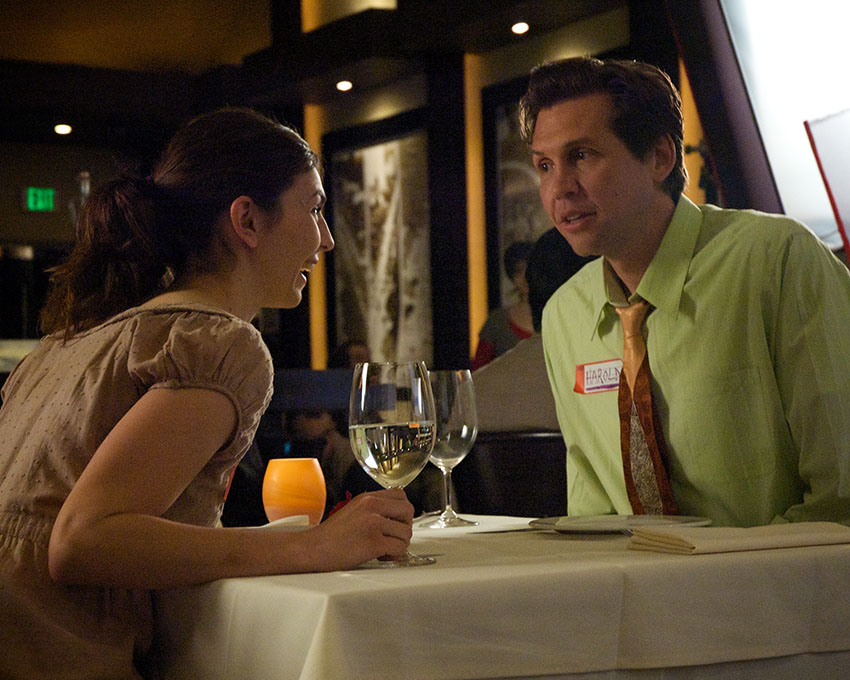 Valentine’s Day is just around the corner and singletons all over the world are plunging into a panic.

With heart- shaped balloons at every turn and ‘From Me To You’ bears filling up the aisles, it’s not an easy time for those on their own. So, what better way to get a date quickly – and without the awkwardness of not knowing when to leave or stop talking – than, you guessed it… Speed Dating.

It seems to be one of those things that makes people in relationships truly pity those who aren’t.

Sitting in front of a stranger who you may or may not have any interest in, while they drone on about their job and you use every ounce of strength in your being to act like you care that his/her brother’s girlfriend’s sister’s cousin’s dog was put down last week.

Granted, the stigma attached to speed-dating doesn’t make it sound like much fun. However, the reality is very different. I know because I went to find out for myself.

After doing a bit of research, I attended a speed dating event for the first and probably last time in my life (solely because I already have a boyfriend).

I had some very pleasant conversations with some just as pleasant-looking men. After enjoying it so much myself, I’ve picked out five speed-dating events in London that anyone on the lookout should try.

There are a few that I haven’t personally attended as most of them are quite strict about age (the majority only allowing over 25s), and there are a few that I just didn’t quite fit the bill for (you’ll see what I mean), but I’ve had a look and come to the conclusion that these are the ones to try.

I went along to Mokoko with every intention of meeting some new people and having a good time, which to my surprise – I genuinely did. We were each given a card on which we had to mark the name of whomever we would like to see again.

The men did the rounds while the women stayed seated (just how it should be in my opinion). We had 3-4 minutes with each ‘date’, which was just about enough time to get a brief introduction and find out whether or not you wanted to know more.

There were 15 men and 15 women altogether and afterwards we all enjoyed a drink and a mingle. I didn’t meet any potential husbands but I did meet a very diverse group of lovely men, who all had some very positive attributes. An unpredictably enjoyable night.

Go to skiddle.com for more details.

If you’re single and Sikh, then I would suggest you head down to one of London’s coolest hotspots Bounce to play a bit of ping-pong and meet some similar singles! Have a giggle with some fellow Sikhs and get to know more about them without sitting face-to-face and making forced conversation!

Go to asianand8.com for more details.

Are you a lady struggling to find a fellow female to share your special moments with? Or a man seeking the company of another wonderful man? Then look no further than the PinkDate lesbian and gay speed-dating evenings. Check the website for specific dates and venues! Meet women or men in your area and be sure to use the three minutes permitted per date wisely!

Go to pinkdate.co.uk for more details.

If you’re a graduate looking for, well, another graduate and fancy some intellectual conversation, then this is the night for you. Held at one of Londons’ hottest restaurant/nightclubs DSTRKT, you’re bound to meet an attractive singleton and bond over shared passions and interests.

If sitting one-on-one with a stranger with only three minutes to find out everything about them doesn’t sound like your cup of tea, then try the Singles Pub Crawl to find your shot of tequila. Drink, dance, be merry and most importantly, spend as much time as you like chatting with your fellow crawlers, but be sure to give everyone a chance!

Go to dateinsadash.com for more details.