All cities want parks in the sky 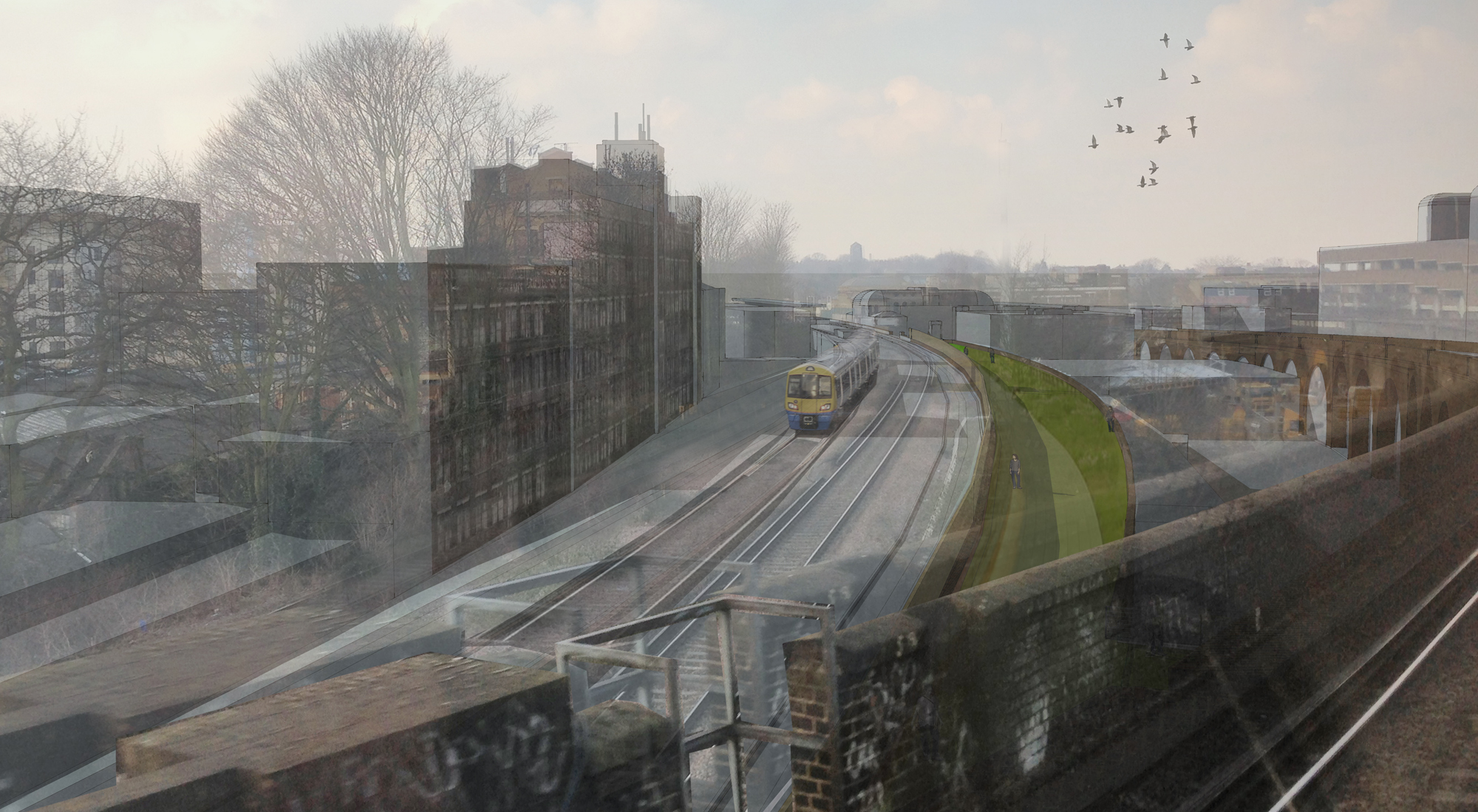 The success of New York’s ‘High Line’ has turned into a worldwide movement of cities pushing for an elevated escape from the stresses of our crowded urban existence.

In London, what started off as a project from a student at Central Saint Martin’s (CSM) could lead to the creation of the capital’s own version of a park on pedestals.

Nick Woodford, who studied architecture at CSM, created the idea for the Peckham Coal Line from a university project after he was briefed to strengthen community networks through re-purposing underused spaces.

The project’s vision is to create a linear park from a former disused coal rail line running from Queens Road in Peckham to Rye Lane, including the Kirkwood Nature Reserve.

Elevated parks have turned into fashionable commodities in the past decade – they are sought-after spaces that have the ability to act as huge tourist attractions.

You only have to look at the Promenade Plantée in Paris or the High Line in New York to see what these green walkways can do to urban neighbourhoods.

The Promenade Plantée was completed in 1993 and laid the groundwork for the High Line vision but has never received as much acclaim.

Woodford argues that the Peckham Coal Line park would offer something different to its predecessors.

He told Artefact: “The High Line and Promenade Plantée have proved wonderful spaces. They are extremely popular with residents and visitors and are destinations in their own right.

“But the Coal Line creates a vital community link that doesn’t currently exist. It highlights London’s unique industrial Victorian infrastructure while making use of precious pockets of green space squashed in between the dense urban fabric.

“It was born out of need rather than following a format. However, I think the popularity of similar spaces helps demonstrate the desire to have more accessible, open and useful green space that can be a means of getting from A to B for people and wildlife as well as a space to visit and enjoy at any point along the route.”

London already has the Parkland Walk in Crouch End; an urban walkway that follows parts of a disused track that isn’t fully elevated.

In recent years the Bishopsgate Goods Yard was proposed to run parallel to a disused rail line next to Shoreditch High Street station but the project has been stalled in favour of residential and commercial development.

So, with property prices remaining on a resolutely upward trend, do local authorities in London prioritise residential and commercial considerations over the need for public spaces?

Woodford said: “This is a complex issue. Landowners tend to want to maximise the revenue from their land and this would generally be commercial or residential over public space, however it depends on how open minded the landowners are and how commercially driven they are.

“It also depends on the local authority designation of the space in question. Much of the proposed Coal Line is designated ‘open space’ or ‘protected nature corridor’. These areas are not suited for commercial or residential developments.”

Unlike the other projects, the £175 million new crossing stretching between Temple and the South Bank, will not be reusing any existing abandoned infrastructure.

The Peckham Coal Line is the only London-based project that shows similarities to the High Line and Promenade Plantée, and the estimated cost of the project is £2 million.

If both are built, it seems certain that the more centrally-located Garden Bridge is likely to be the one to which tourists will flock.

According to Woodford, the Peckham Coal Line project will be more of a community benefit than a visitor attraction.

But what would the project offer to local people, and who would maintain the park?

Woodford said: “The Coal Line concept is already strengthening our community by creating networks and interest groups focused around the project.

“It will of course create a physical link between areas but it will be managed by a community organisation ‘Friends of the Coal Line’ who will take responsibility for the day-to-day running and maintenance of the park.”

The idea is still in the early stages, but Woodford says the project is “currently working with stakeholders along the route including landowners, neighbours and the local council.

“Network Rail is the main landowner, and we are working with them together to see how the project can make more use of the redundant space. This will cut current maintenance costs and create a new source of revenue from the creation of commercial units along part of the route.”

If Woodford is given the green light, the project will then need to seek funding from both the public and private sector.

The momentum for the Peckham Coal Line seems to be growing, and the project has also envisaged the new elevated park linking into a wider network of green spaces in the future such as Holly Grove, Warkwick Gardens, Ruskin Park and the East London Greenway.

Other parks-in-the-skies projects have been proposed worldwide. These include The Manchester Maze, Leith Walk in Edinburgh, The 11th Street Bridge in Washington DC, The Underline in Miami, Minhocão in Sao Paulo and Seoul’s elevated pedestrian park. 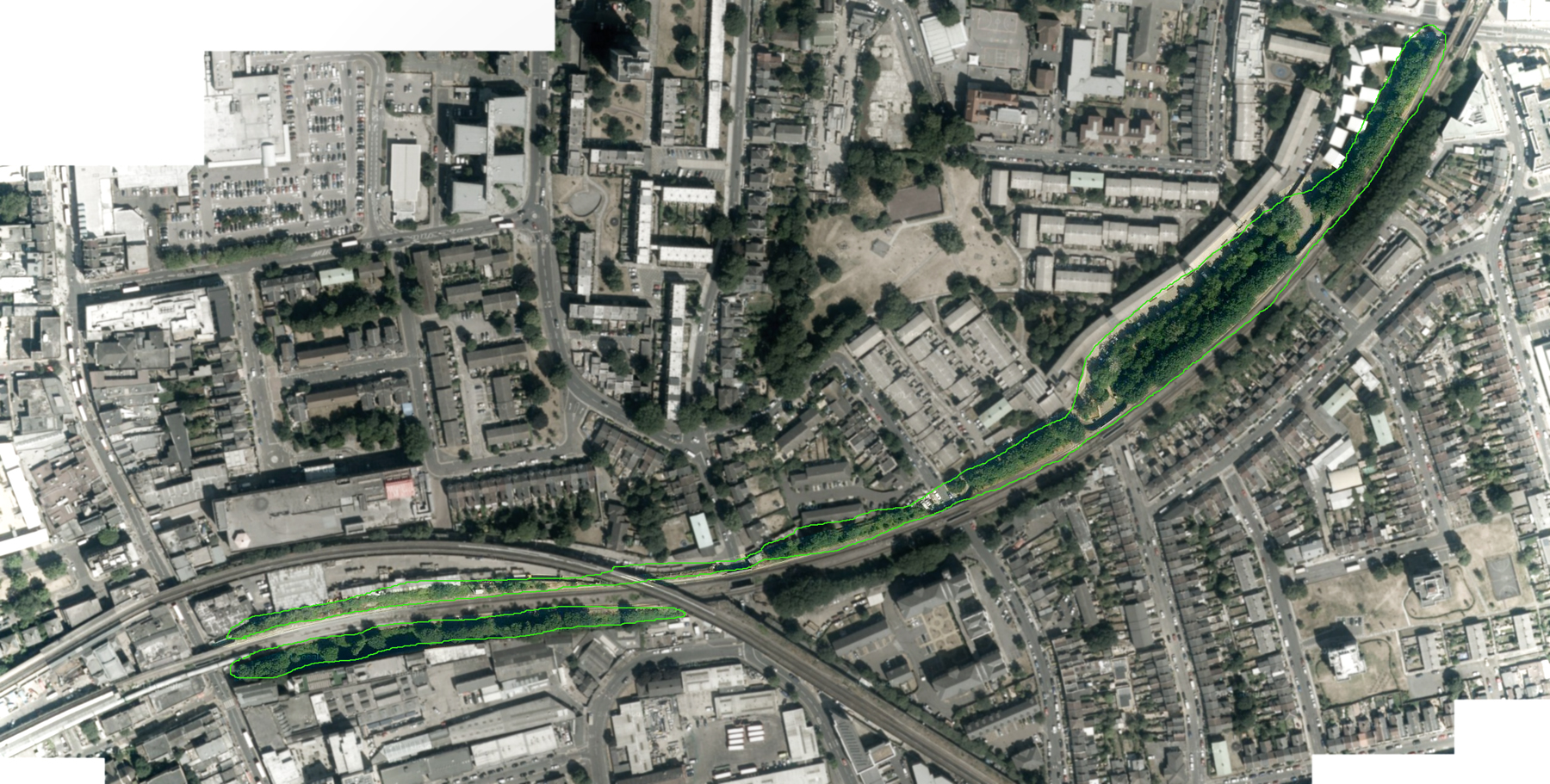 Peckham Coal Line will run from Rye Lane to Queens Road Peckham, will future plans to cover Brixton to the Thames

London, like many other cities is hunting for a new patches of greenery in a crowded metropolitan landscape.

However, the city needs to be wary about what projects are worth investing in, rather than jumping on the bandwagon with high-profile and potentially more lucrative visions such as the River Thames Garden Bridge.

These projects are changing our perception of what public spaces should be, and giving city dwellers an escape from their noisy, crowded streets.

With London’s population at an all-time high of 8.6 million (and rising), it seems we might be approaching an age where we don’t have to separate the frenetic pace of city life from our need for tranquil escapism.

All cities want parks in the sky