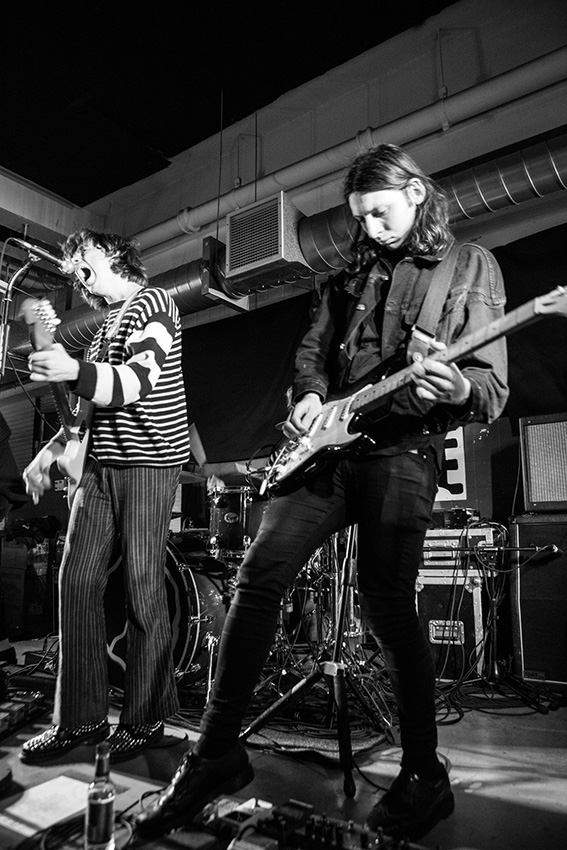 “Maybe it’s me that’s changed” ponders the lead singer of Peace, Harry Koisser, on the opening track of their new album, O You.

We are firstly eased in to the song with a hypnotic and harp-like melody, before comes in the big statement, “the ’80s were better, I’ve no doubt!”

Peace’s second offering is much grander than their debut In Love.

It is much softer and more palatable, and yet their previous charm is still present; as in they are still a group of young guys trying to make their way in the world. “I’m just trying to change the world that we live in” – O You.

This time round, Koisser wanted to put more thought and emphasis into the lyrics; and the result is that the music now has a narrative feel, like it tells stories.

Perfect Skin‘s lyrics are dripping in Kurt Cobain’s boyish angst and the inner turmoil and jealousy of Radiohead’s Creeps: “I need less of me in me and more of you, in me.”

Sadly, a few tracks are lost in the album (Blue, Saturday Girl, Lost on me); drowned out by the quality of the more impressive tracks.

A great highlight of the album is Gen Strange, which is comparable to Primal Scream’s, World Pressure, and with a similar groove to that of Friendly Fires. The title-track, Happy People, also poses a valid question: where did all the happy people go?

Peace are one of the few young and emerging bands who realise their privilege. One of the most refreshing aspects of this four-piece is their humbleness and optimism.

In a session on Zane Lowe’s Radio 1 show, Koisser talks about how he gets blue from time to time – and how this was the state he was in when he wrote Someday – yet even still, he still manages to be positive.

“It’s a lonely life, but only for a moment at a time,” he sings.  (However, the whiney Oasis aspect of Someday simply cannot be ignored).

Happy People is a step in the right direction. It is instantly likeable and memorable, a joy for the young-and-in-love youth of today.