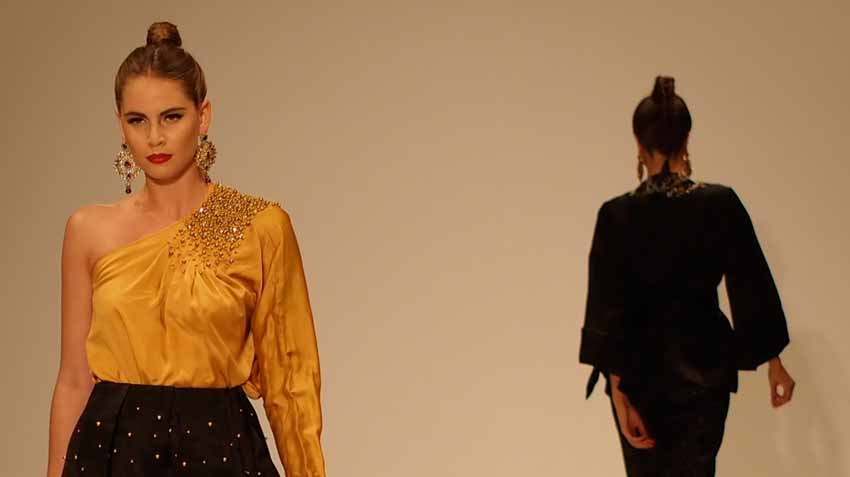 This week, Artefact will be covering everything fashion in the run up to London Fashion Week (LFW) Autumn/Winter 2015.

Our fashion-savvy writers Emma Morrison and Katrina Schollenberger will be working at the annual Serpentine Contemporaries party, a Sackler gallery event in its 8th year running, which doesn’t come cheap to attend at a price of £200 per ticket.

Our contributing writer Diana Tleuliyeva will be attending LFW itself on Friday and Saturday, liveblogging on the Artefact site from the designer showrooms, situated at Somerset House from February 20 until February 24, as well as uploading catwalk footage and photos on the Artefact Tumblr as our main platform, as well our Twitter, Facebook and Instagram channels, so make sure to check back all weekend for LFW updates.

This season, over 180 designers will be showcasing their collections for Autumn/Winter 2015 at Somerset house. The showspace will be welcoming German brand Achtland, French brand Jour/Né and the Lady Gaga favourite, Rein.

Fashion newcomers Eudon Choi, Fyodor Golan and Jean-Pierre Braganza will also be flaunting their collections after debuting on the catwalk.

On Sunday 22 February, Katrina and Emma will be liveblogging on the Artefact site from the designer showrooms, which is due to host an open house for press and buyers to meet the ready-to-wear and accessories designers and be the first to view the collections. Make sure to tune in to Artefact at 3pm for a live screening of the Topshop Unique catwalk at the Tate Britain.

And if you’re not attending LFW this season, the general public still have the opportunity to attend Vodafone London Fashion Weekend from 26 February until 1 March. Bronze, Silver and Gold tickets are still available online here.