“When I was a child, I recall other kids hitting each other and it hurting me. I used to say, ‘Don’t hurt everybody!’ and the other kids and teachers being really confused. I couldn’t watch horror movies – I still have a difficult time watching them – because I could physically feel the gore I saw on TV,” explains Francy Mae Clark, a student at McNally Smith College of Music in Minnesota.

Francy exists in a world of synaesthesia, the neurological condition which mixes the senses. This is a world where people taste words when they speak them, feel someone else’s physical pain when they’re hurt, and visualise multicoloured auras surrounding people’s bodies that they perceive as representing the person’s warmth and personality.

Two of the more common forms of synaesthesia are grapheme-colour, where every letter and number is assigned a colour in that person’s mind, and time-spatial synaesthesia involving days, months, numbers and the alphabet in a spatial form.

Francy’s brain is wired in such a way that gives her mirror-touch synaesthesia, letting her experience a touch or pain sensation that another person feels.

“I remember one time when I was a child, my friend fell and scraped her knee up so badly. But I remember trying really hard to be there for her and it was difficult because I could feel the pain too,” she says.

“I’ve learned to be able to function while feeling pain, but it would be nice to be able to be there 100 per cent for my loved ones in pain.”

Along with mirror-touch, Francy has sound-sight, sound-touch and sound-temperature synaesthesia. She sees sound, feels sound on her skin and in her body, and feels temperatures from music.

For a creative music composer synaesthesia gives the ability to connect with music on a whole new level. Think human sound system and iTunes visualiser combined. 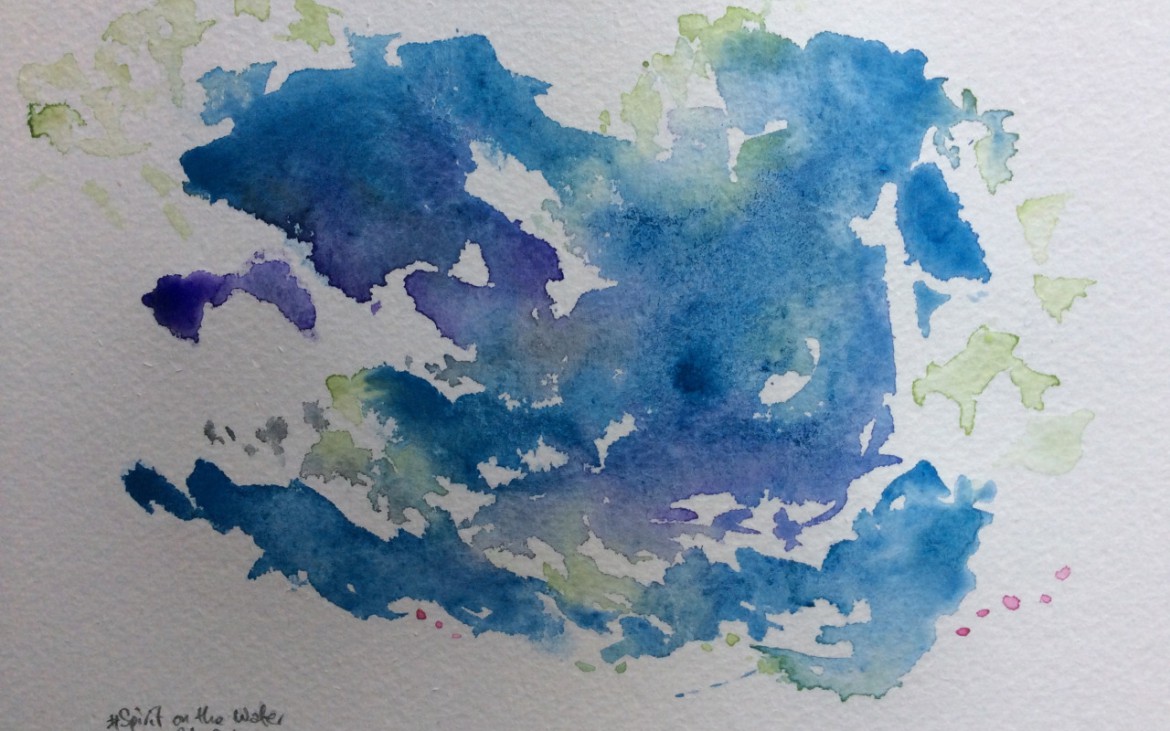 Music & the Synesthete Collection – inpsired by ‘Spirit on the Water by Bob Dylan’.

“I can physically see sound, however, it’s not in colour like many other sound-sight people see it. It’s more like a disturbance in the atmosphere. Maybe the way the air above a campfire looks? Kinda like that. I see it with all sounds, but it’s more defined when I listen to music. This helps me so so much when I’m writing orchestra music because I can think of what I want it to sound like and look like and feel like,” she explains.

“This is a blessing and a curse. Music will feel silky or smooth or bubbly and wet and that is also a great experience to [have] when listening to music. However, high pitched frequencies like squeaky car brakes or microphone feedback bring me pain to my neck and sides. Other sounds will give me physical pain as well.”

Famous synaesthetes in the music industry include Pharrell Williams, Lady Gaga, and Lorde, who in a podcast interview with Yoni Wolf described her song Team as being “full hot pink”. Wassily Kandinsky also used the condition to create paintings, and Baudelaire’s famous poem Correspondances shows his synaesthesia when he writes: “There are perfumes fresh like the skin of infants / Sweet like oboes, green like prairies”.

What triggers the senses to be mixed is still a mystery, but in the last decade there has been a growing interest in the colourful brain condition. Studies suggest four per cent of people are synaesthetes.

Carly Jaques, a research assistant at the Max Planck Institute for Psycholinguistics in the Netherlands, is part of a team conducting a large-scale study into the genetics of synaesthesia: “Synaesthesia has been observed to run in families; however, previous genetic studies have not converged on a single locus in the genome that would single-handedly explain how synaesthesia arises; rather, it appears that there are multiple genes in the human genome that contribute to building a brain that is capable of synaesthesia.”

“The expectation is that while these genes have normal function in everyone, slight changes in them that we call ‘variants’ might be responsible for subtle differences in the brains of synaesthetes that result in the enhanced crosstalk among senses,” says Carly.

Carly and the Language and Genetics Department team lead by scientist Katerina Kucera are collecting upward of 1,000 grapheme-colour synaesthetes to compare their entire genomes to those of people in the general population without synaesthesia. To take part in the study, each participant first completes their genetics study and those participants that meet the criteria are sent a saliva collection kit in the post.

“People experience it in many different ways and some experience it much more strongly than others,” she adds. “Researchers often draw similarities between synaesthesia, sound symbolism and metaphor, which are common to all of us.” 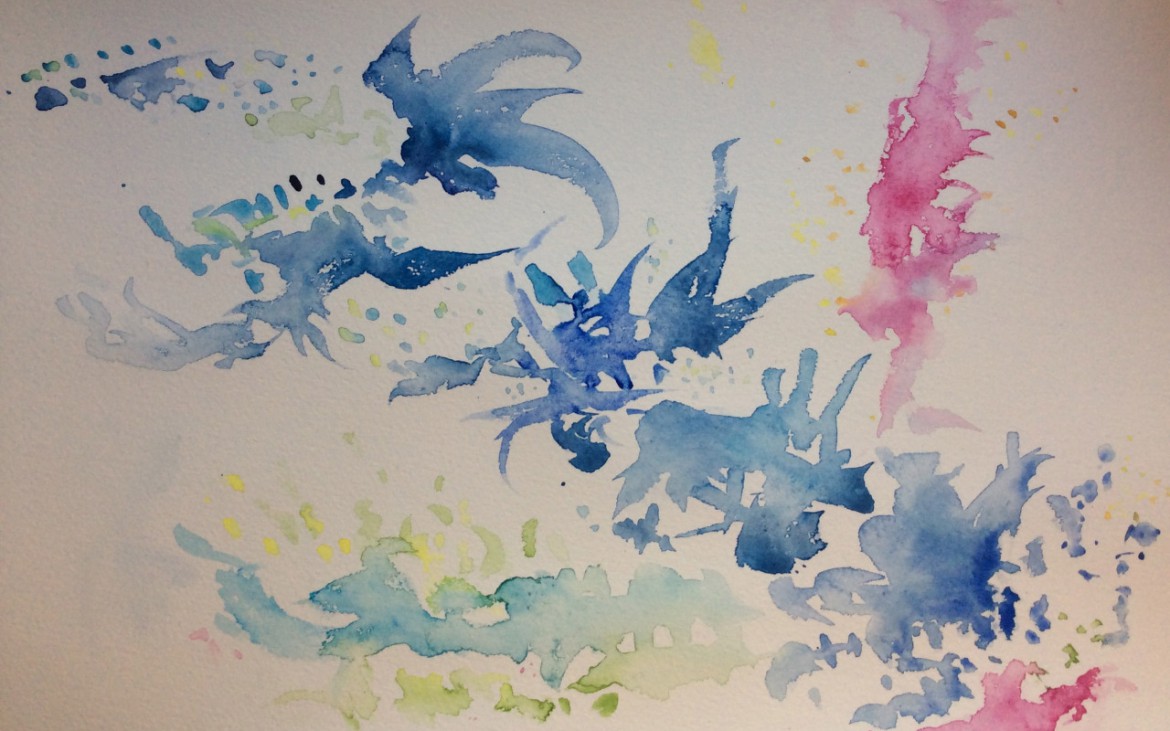 Hannah Desautels, a computer animation student at the Savannah College of Art and Design explained how her sound-sight synaesthesia affected the way she learned to play musical instruments and how it enhances her creativity: “I’ve been to a few classical concerts, which I adore because I get to watch the sounds form from the instruments and dance around the room, and no one has a clue what I’m looking at. In third grade we had to learn to play the recorder for music class, and within a month or so I stood out as that little girl that played Beethoven by ear on a little plastic recorder.

“I’ve had violin, saxophone, and guitar lessons as well, but I never pursued any of them despite that they came so naturally. The truth is, they were boring to me. I didn’t want to make just one colour – I wanted to make the whole rainbow, to be the whole orchestra. Just one colour wasn’t enough, and it was frustrating,” Hannah adds.

For synaesthetes it is difficult to imagine what the world would be like without seeing music or feeling other people’s pain. The experience is vividly personal and difficult to describe to those who can’t live it.

“Something I never get tired of is the look on a person’s face when I tell them the colour of their voice. I think it makes people feel very special – when they find out they have something unique that only applies to them. I think that’s the closest I can get to sharing what it feels like emotionally, to have synaesthesia,” explains Hannah.

“But there’s another side to that. In fact, it can get a little lonely – seeing things that are so beautiful but being unable to share it with anybody. Even other synaesthetes don’t see things the same way I do. That’s the thing about synaesthesia – it’s different for everyone who has it. If I think about it too much, I get kind of existential. Why me? Why can’t they see what I see? Why can’t I share it with them? It’s a beautiful lonely world. But I wouldn’t trade it for anything.”

By Annika Loebig
7 Mins read
Artefact reports on the benefits of music in psychedelic sessions and speaks to one musician about his approach.
Health

By Neelam Ahmed
5 Mins read
Neelam Ahmed investigates the impact of limited representation therapy professionals and the further effects of this on clients.
AudioLife

By Artefact Magazine
1 Mins read
In this episode we ask whether our dependency on social media indicates a need for stronger regulation? Futurologist Ian Pearson and LCC students tell us what they think.