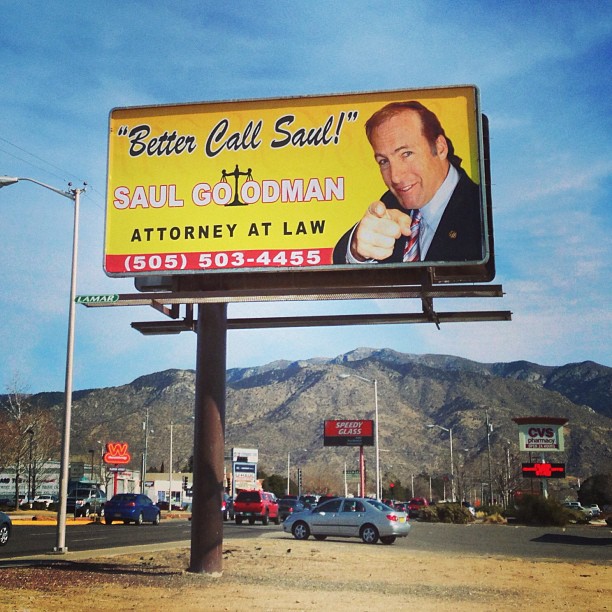 On a few of my late-night Netflix flick-throughs I’ve lingered over Better Call Saul, each time scrunching my nose up and proceeding to wade through the rest of the sequels and prequels of films I’ll never watch, such as Blair Witch 2, Hostel 3, Mean Girls 2, Sharknado 2, etc.

Throughout the five seasons of BB, I grew quite attached to Walter and Jesse and so the absence of the crystal-cooking duo tainted my feelings for Vince Gilligan and Peter Gould’s spin–off prequel series which follows sketchy lawyer, Saul Goodman.

Worried that Saul’s previous role as a comedy relief cameo would be stretched too thin spun over an entire series, I took the plunge and gave the first episode my full-yet-judgemental attention.

I’m rarely delighted to admit when I’m wrong, and I was. Bob Odenkirk’s performance as the series’ protagonist kept my finger well clear of the ‘enough of this rubbish’ button. With the steady pace that Breaking Bad too moved at, I knew that watching one episode wouldn’t be enough to give it a fair verdict, a method which lends itself well in establishing the complexity of each troubled character.

Odenkirk ensured audiences developed a likeness to Saul in BB and has carried it over brilliantly for the more human Jimmy McGill as he rearranges his cupboard sized ‘office’ at the back of a beauty parlour to unfold a squeaky sofa bed. With the gradual introduction of poe-faced Mike Ehrmantraut and more chaos to kick up the dust in the deserts of Albuquerque, Better Call Saul promises good, bloodthirsty, moral-compass smashing things.

Better Call Saul is exclusive to Netflix in the UK.