The horror game that helps victims of trauma

What began as a university project has turned into a biofeedback–based interaction game which can help players deal with trauma through stress.

Nevermind was started in 2012 by Erin Reynolds, as a project for her master’s degree at the University of Southern California. The game was designed to “give something back” to the players, according to Erin.

A campaign to fund porting to additional platforms last year successfully raised$75,000 (£48,377). The developers are now preparing to launch on more sensors and devices this year, as it takes you into the dark and twisted world within the subconscious minds of psychological trauma victims.

Erin told Artefact that “in Nevermind you play as a ‘neuroprober’ – a theoretical “therapist of the future” who can venture into the minds of psychological trauma victims to help them unearth the root cause of the symptoms they have been suffering from.

“As you venture through the surreal areas of each patient’s mind, the game will respond to your psychological arousal (stress, fear, anxiety, etc.) and this is where the biofeedback technology comes in. Some responses are more punishing than others, but each specific environmental reaction relates to the overall story of each patient, providing clues as to what the original trauma actually was.” 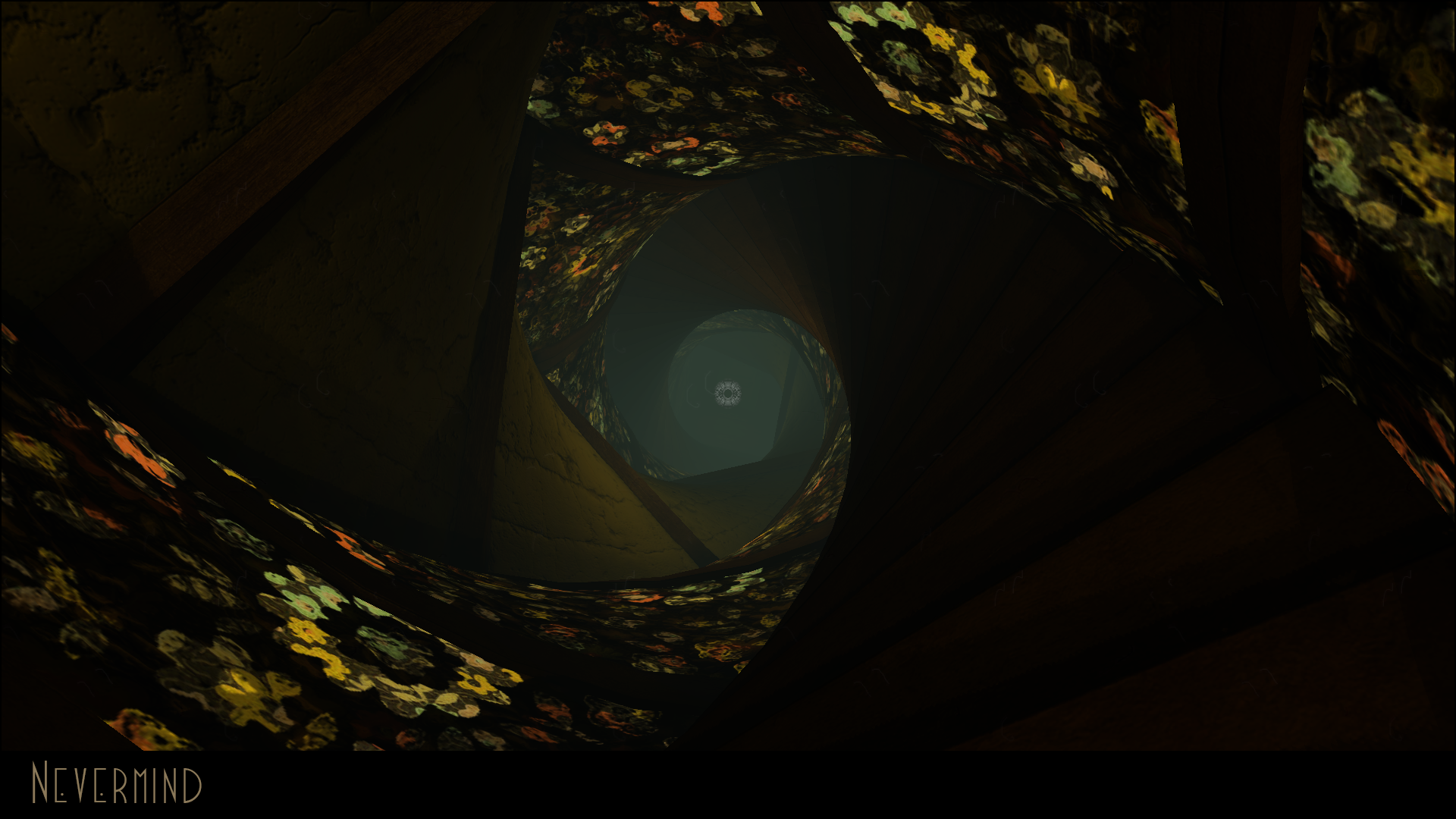 The game was designed as entertainment but can also be used by traumatised victims to face their fears. The concept of Nevermind is that it encourages players to face tense and uncomfortable situations to learn how to manage their feelings of anxiety.

“If players can master stress management in Nevermind, then the hope is that they can apply those same skills and techniques to everyday situations in the real world,” Erin said.

While Nevermind challenges its players to face their fears, there is a question of whether it could be a new form of therapy for the subconscious mind of trauma victims.

“Yes and no. As noted earlier, the narrative and gameplay of Nevermind actually takes place within the subconscious mind of psychological trauma patients, so there’s an inherent connection there. Through both the visual and aural aesthetics as well as the nature of the puzzles within each level, we try to create worlds that abstractly represent what the subconscious mind of someone who has repressed memories of a traumatic event may look and feel like.

“I feel that games have an incredible potential to bring people into one-of-a-kind worlds, provide experiences that would be impossible to seek out in ‘real life’ Erin Reynolds

“Nevermind places players within the virtual shoes of trauma victims – providing insight into trauma and post-traumatic stress disorder (PTSD). If Nevermind can help play a role in de-stigmatising trauma and PTSD, then we will see many of our efforts as a success. I feel that games have an incredible potential to bring people into one-of-a-kind worlds and provide experiences that would be impossible to seek out in ‘real life’.

“We hope that Nevermind can help expand awareness of the breadth and complexities of psychological trauma as well one day, being able to serve as a direct therapeutic tool for trauma victims,”

The game uses heart rate variability to determine the player’s fear and stress at any point during gameplay. As a result, the game can put you in situations they know you will find stressful or fearful, in an attempt for you to battle and face your fears.

“Personally, I think chocolate chip cookies are the answer to stress. However, horror provides us the opportunity to test our boundaries, to toe the line between our comfort zone and the terrifying. So, I think it’s less that horror itself is the answer to stress, but rather the fact that actively engaging with horror has the potential to help many become resilient toward stressful and unpleasant situations,” Erin replies. 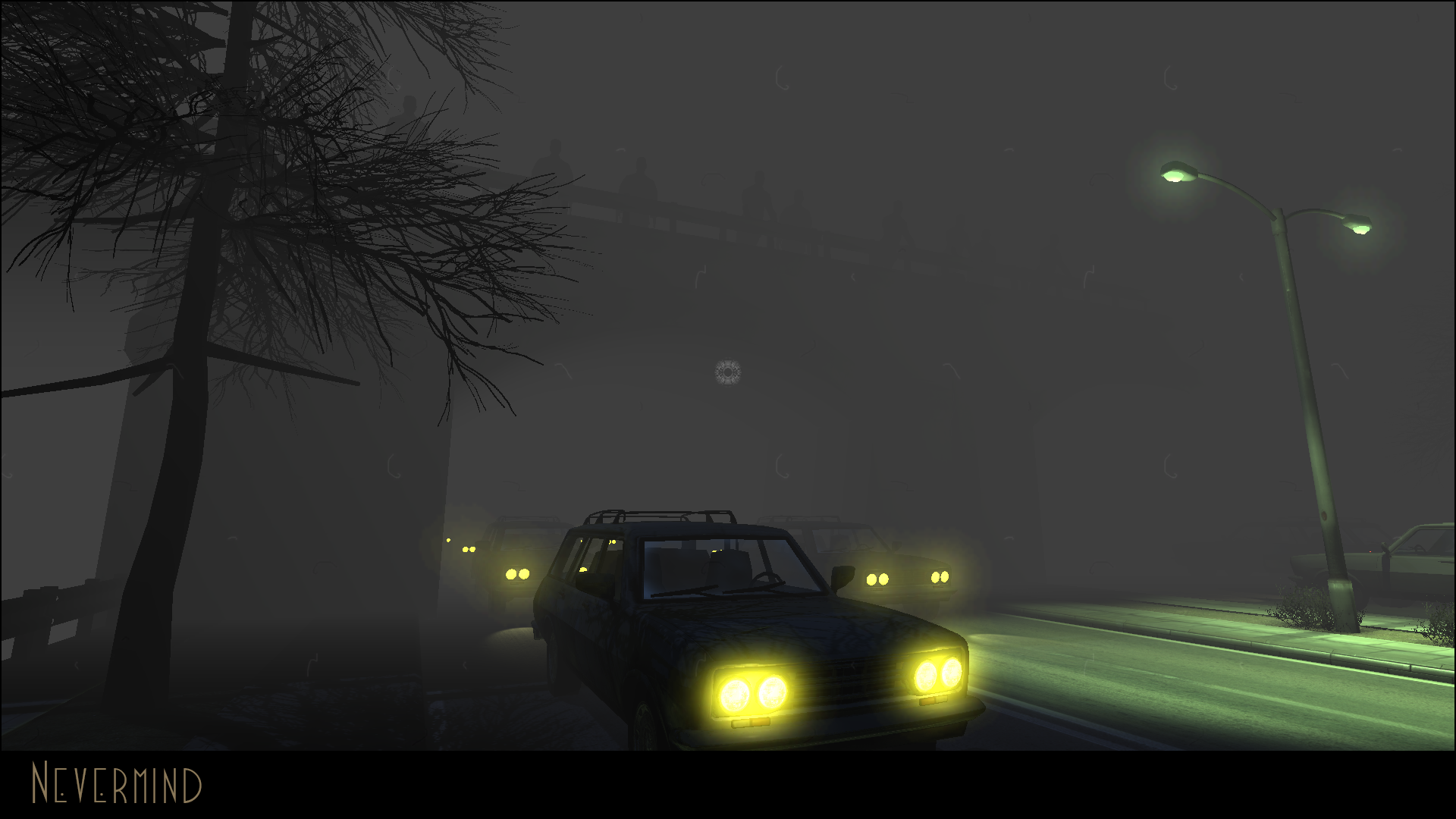 As with most games, there is the possibility of becoming addicted, but even with the unique format of Nevermind, Erin does not see addiction as a potential issue. “As with any form of media, there is always the risk of certain individuals being drawn into spending an excessive amount of time with it. We hope that Nevermind offers an engaging and compelling enough experience to draw players into it and encourage them to challenge themselves in new ways. Hopefully, this helps them learn and develop new tools to become a healthier, happier and braver person in both the virtual and, most importantly, the real world alike.”

Is Nevermind a product beyond gaming, does it have the power to be a classroom and therapy couch experience for generations to come?

Biofeedback not only offers a new level of immersion, engagement, and intimacy with a game, it also creates a bridge between gaming and important areas like education, health, and communication.” Erin Reynolds

“I feel that games have an incredible potential to bring people into one-of-a-kind worlds, provide experiences that would be impossible to seek out in ‘real life’, and the opportunity to truly walk in another’s shoes. Games allow players to make decisions, practice taking unfamiliar actions, and consider complex issues all in a safe environment where it’s okay to make mistakes – and where feedback can instantly communicate the impact of these decisions, actions, and emotional explorations.

As such, I’m incredibly optimistic about games playing an immensely powerful role in the future of rehabilitation therapy, education, and other realms outside of ‘mainstream’ gaming alone,” Erin says. Video gaming has come along way since Atari in ’70s, Nintendo in the ’80s and PlayStation in the ’90s. Today’s games combine technology to create virtual rehabilitation within video games that works as a treatment for mental disorders. We ask Erin, what’s the future for biofeedback technology and Nevermind?

“I have no doubt in my mind that biofeedback will come to be an expected component of most games and technology in the future. Biofeedback not only offers a new level of immersion, engagement, and intimacy with a game, it also creates a bridge between gaming and important areas like education, health, and communication.”

“In regards to Nevermind specifically, the team and I are currently (and will continue to be) hard at work in researching new sensor technologies that Nevermind can support – hopefully making the biofeedback component of Nevermind as accessible to all players as possible,” she answers.

Biofeedback technology still remains a relatively new technology as it transcends into the gaming world. A Calm Clinic report warned of the possible dangers this type of therapeutic setting may have on players. For players who suffer from trauma, it might encourage their brain to practice reactions it has learned when hooked up to the device in real life.

This could have possible knock-on effect on anxiety, but biofeedback gaming differs from the therapy of the technology so the outcome may not be the same. Interactive gaming therapy at this scale is still a relatively new thing, the disadvantages of Nevermind have yet to been studied or counselled. If the game and the biofeedback technology do suffer from any fault, it will become more clear after the full launch later this year.

The full version of the new Nevermind will be available in late 2015 on PC, Mac, Xbox One, and Oculus Rift. However, players will be able to participate in the games development by playing and giving feedback on the in-progress, beta version of Nevermind starting in the spring of 2015 through Steam Early Access.