From Warzone to World Cup – The unlikely rise of Afghan cricket 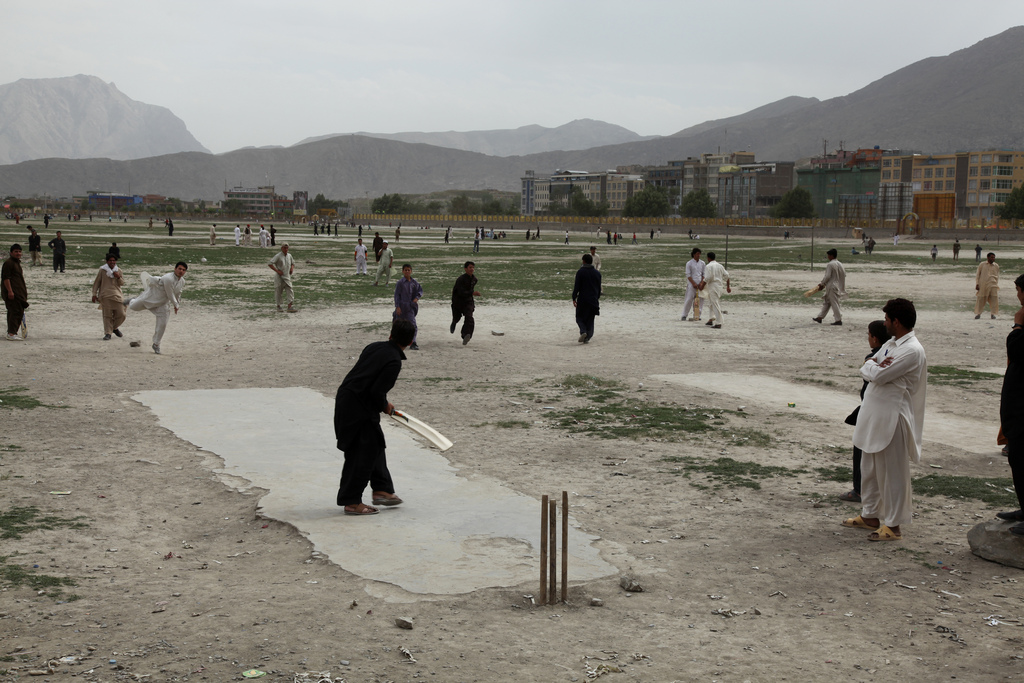 Afghanistan has been a battlefield for the past 14 years with huge civilian casualties occurring during the conflict, between a US–led coalition force and the Taliban. It may then come as a surprise that the country’s cricket team is making huge inroads on the world stage after qualifying for the cricket World Cup in Australia. But how has this country been able to rise above austerity to compete in cricket’s top prize?

Since 2001 Afghanistan has been a member of the International Cricket Council (ICC) but playing and enjoying cricket stems back to the early 1990s when the game became popular amongst refugees in Pakistan. When many returned home, they continued to play. Just as cricket began to grow the Taliban intervened and banned cricket, as they did many other sports. But in 2000 cricket became the only game approved by the Taliban and Afghanistan soon joined the ICC.

ESPN Cricinfo writer Tim Wigmore explained how cricket managed to establish a foothold as refugees who had fled following the 1979 invasion by the Soviet Union returned home in the 1990s:  “It was in Peshawar where the game really began to take off and the Taliban took more kindly to cricket rather than other sports because there was a cultural connection with Pakistan and the clothes for example fit in with the regime. They had their first official game in 2004 and they have risen and risen until they reached the World Cup.”

Afghanistan were invited to play in the Second Domestic Pakistani cricket league a year later. But just as the team took big strides to freedom, the country took several steps back. Afghanistan was invaded by the US following the 9/11 terrorist attacks which focused the eyes of the world on the country. The cricket team were forced to end their tour with only two draws from five matches in Pakistan.

As the years passed, the west Asian country only grew in cricketing terms. Whilst the battlegrounds of Afghanistan grew and intensified, the cricket team had a successful tour of England in 2006 in which they won a remarkable six out of seven matches. A year later, they claimed their first tournament success at the 2007 Asian Cricket Council (ACC) Twenty20 cup, when they tied with Oman in the final to share the honours.

Afghanistan had their first taste of full international one-day cricket in a Twenty20 against Ireland in 2010 which they lost by five wickets. In the same year, they qualified for their first international tournament as they participated in the ICC World Twenty20 in the West Indies. The side was dumped out of the tournament as expected suffering defeats to cricketing powerhouses Pakistan and Australia. But Afghanistan moved past their disappointing outing in 2010 and entered the World Cricket League Championship subsequently winning nine out of 14 matches. This secured their place in this year’s World Cup after a comprehensive victory over Kenya in the UAE.

The 2010 documentary Out of the Ashes charted the remarkable achievement of the team and demonstrated what a remarkable logistical effort it was to pull a team together. The documentary also served to highlight the role a sport was able to play in the abject surroundings of the refugee camps where the majority of the Afghanistan team had learnt to play.

“The squad were close to qualifying for the World Cup in 2011 which would have been a fairy tale but this time it was inevitable. It’s not really surprising but it’s obviously still a fantastic story. It’s the most popular sport in the country and it’s great for them to play against top teams,” Wigmore explained.

Asad Ziar, an Afghan national and sports journalist for Al Jazeera has said the country has been taken by the latest results and that even the lead up to the finals is captivating the general public and proving a rare unifying force: “Cricket really is the national sport  – it’s not just limited to one province or region.

“There are all kinds of regional tournaments all over the country, there’s certainly no problem getting the game out to people,” he said.

The game’s impact is not just noticeable on the fields of Afghanistan – it can even be seen on the roads even the city traffic stops when the national team are playing, Ziar has observed. “There’re always traffic jams in Kabul but it is now completely different, there is hope that a lot more excitement is waiting for us and that most of the Afghans are optimistic about the national team that they will come up with excellent performance and will do better and better.”

Afghanistan have been drawn in Pool A of the World Cup alongside co-host Australia and New Zealand as well as England, Sri Lanka, Scotland and Bangladesh. Although the conditions and the standard of the opposition do not favour them, Wigmore thinks that there is a slim possibility that the team can get through the group stage: “I think the wickets in Australia aren’t suited for them but they might win a couple of games and with three they could get to the quarter-finals. I think they have an outside chance. They have some very exciting fast bowlers who should be able to enjoy the wickets and have a really good chance of beating Bangladesh.”

This tournament  is a stepping stone in more than one way for Afghanistan, on the pitch it’s a chance to make a impact on the biggest stage of them all and with this it’s also a fresh start for the country to move into the next chapter of rebuilding their country.