In conversation with | Eric Lau

Well-established music producer and London–based DJ Eric Lau has been in the music industry for almost ten years and over this time, has performed to audiences across the globe. He has successfully released two albums, the first being New Territories, which was released in 2008 and the second, One of Many, released in 2013.

Eric discussed the inspirations and aspirations of his sounds, giving an insight into the industry and describing what music means to him.

When did you first enter the music scene?

In 2006 this DJ called Gilles Peterson, who has a show on BBC radio and a record label called Brownswood recordings, put out one of my songs and that was my first ever physical vinyl release.

What inspired you to take up music?

Music was always part of my life. Whilst growing up, I loved listening to music but I never dreamed I could ever create music. I came to London for university and met some people that made music and it gradually found me. I latched onto it and never looked back since.

Has it been a struggle to get where you are now?

Struggle is a good word. I focus on all the positives and the intangible things that music has given me. It helps me to overcome challenges and can be very up and down like in every creative industry, but that’s why you have got to be fluent in how you handle things.

Who is your inspiration?

Obviously we have a lot to learn from all the greats. I look up to a few people, like music producer Dego, renowned for being in a group called 4hero. He’s now got his own imprint called 2000black and he’s been in the game for about 30 years. He keeps to his own style all the way across the board and he’s maintained artistic integrity as a public figure, musician and DJ. Also Theo Parrish, he’s a house DJ from Detroit and he’s got the same mentality. Both of them are pioneers and people in my immediate circle. They have embraced me and given me a lot of time.

What type of genre would you categorise your music? 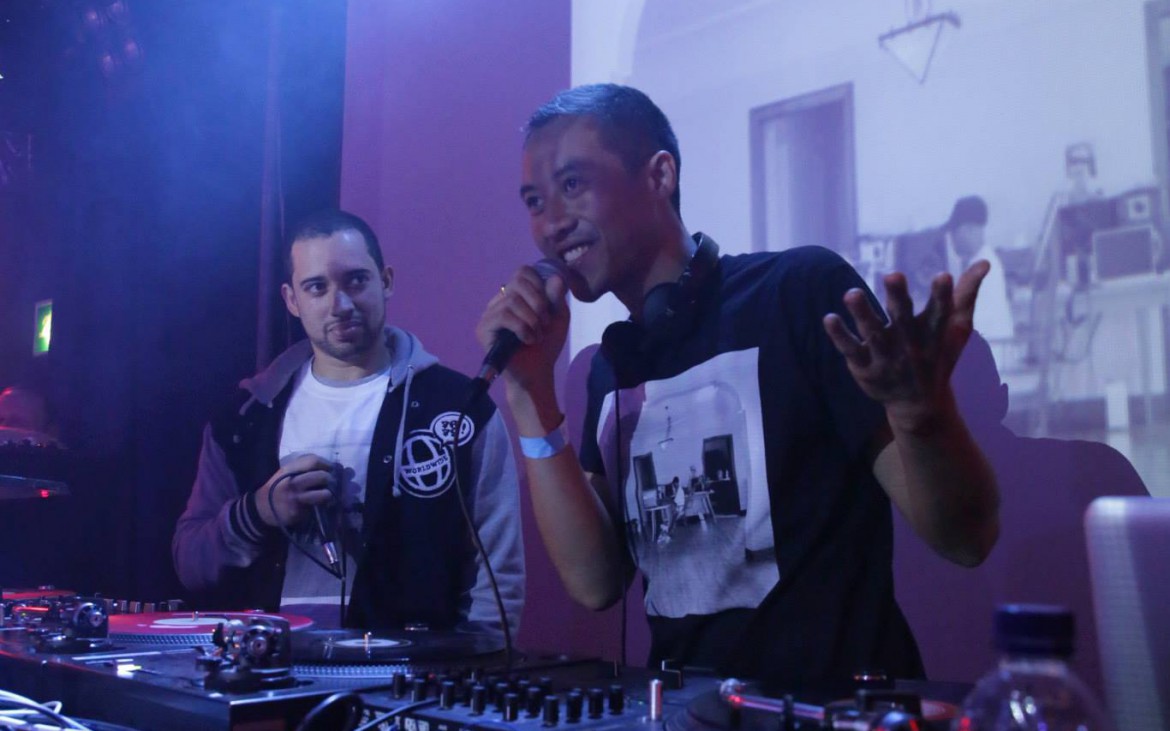 Eric Lau first entered the music scene after he moved to London for university. [Juan Woodbury]

My music is positive. I want my music to take you to another place, away from this world to a place where you feel more connected.

How do you feel about the categorisation of music?

I feel that people like to associate a word with things so they can have an understanding and be able to describe something to someone. That is fully valid, but the problem with that is the preconception that it creates. If you were to say to someone, ‘I make hip-hop music,’ someone who doesn’t know music might perceive that as meaning I make something like Drake or Lil Wayne. I’m still in my infancy for producing music. I’ve made hip-hop from the beginning of my career and I’ve learnt from its parameters. Now I’ve used those fundamentals and I can express myself in any way I want. How do you put a label on it? You can’t. It’s just music. That’s why I try not to put too much emphasis on labelling and setting anything in stone because we are ever-changing.

Why did you want to become a DJ?

Originally I didn’t want to be a DJ. I just wanted to make music, but I soon understood that I needed to communicate with the audience because the music industry is like a food chain. If I don’t DJ, it means that there’s going to be less choice for the people who want what I play. My role is very important in a way that it gives someone an alternative, even if it’s for just for a small amount of people. I’ve learnt to really enjoy it; I get to play music that I love on great sound systems for people to dance to and enjoy. It’s allowed me to travel the world. It’s a real privilege.

Do you prefer analogue or digital?

Vinyl has the best sound quality hands down. The needle goes into the groove of the record and a physical reaction happens to generate sound so the vibration of that is full and vibrant. However, the digital world gives you an allowance to be more flexible. Travelling with vinyl is very difficult because it is so heavy; digital allows you to be more fluid. With vinyl, you are set with a certain amount of records. If I want to take the music on a journey to somewhere else I would be limited to do that, whereas with digital you can have thousands of songs at the ready. When I play, I don’t like to rehearse and plan my sets. I like to be fluid, depending on my mood. I like having that freedom. 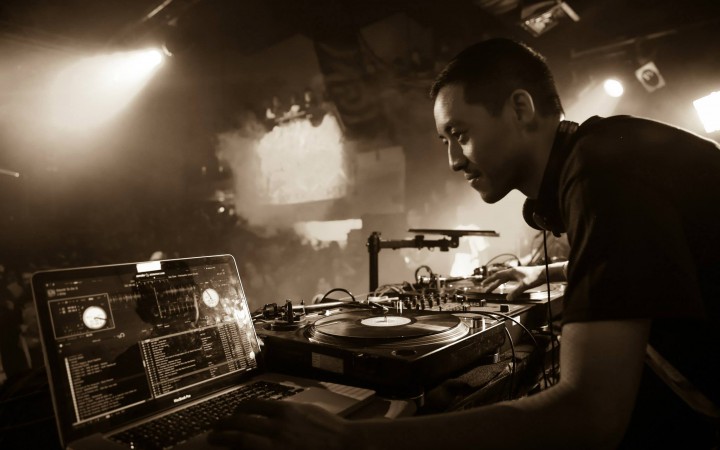 “My music is positive. I want my music to take you to another place, away from this world to a place where you feel more connected.” [Juan Woodbury]

Are you working on any new projects at the moment?

Currently I’m setting up my own label which allows me to put out more immediate releases. It would be a certain type of music for people who like to collect vinyl. It’s for the people that love the music I have already written. In the future, I’ll hopefully have other artists on there as well. I’m going to call the label New Speed. For me it sums up the communication, interacting and manifestations that are happening at a new speed because of technology. I’m working on the branding of it right now, getting the product and the look of it right and hopefully later this year I will have something coming out on there. With my second project, I’m focusing on the release of my new full-length, concept album that will include different musicians and vocalists.

Which music artists would you like to collaborate with?

Most of them have passed away. I’d like to work with D’Angelo. I think he’s a genius and he’s obviously one of the greatest musicians and producers there are but I’d like to collaborate with him. Bring a different side to him. There is also a friend of mine, Robert Glasper, he’s kind of like the modern day Herbie Hancock. We have talked about working together but we haven’t done it yet. So, hopefully, I’d love to work with him because he’s the leading pianist in the world right now. I’d also like to do something with Erykah Badu, I grew up listening to her so she had a big impact on my music career.

Does your Chinese heritage have an influence on your music or the way you create it?

The language of my native tongue has conditioned me to hear different pitches. I wasn’t conscious of this until recently. From that aspect, my culture has given me a lot because it has allowed me to be a better listener. My greater capacity for listening has allowed me to distinguish and decide what needs to happen, melodically, harmonically and frequency-wise. From that perspective, it’s all in my music.

Did your Chinese background have an impact on the way people perceive you?

People have a perception of everyone before they speak to them. I’ll be in a situation where I say, “I make music” and they’re like, “ok cool” and then when they hear it they become shocked and ask, “did you make this?”  People wouldn’t expect anything from me because of the perception. I feel that it might not appear in people’s radar because they’ve already prejudged it. In the end, it’s all about you and your being; we are all in the form of a human.

What are your goals and ambitions for the future?

I want to make as much good music as possible and be prolific in that. I want to be able to contribute to something on this planet through music and the effect will hopefully be that it helps people. I haven’t got any more desires than that.

Two Sides of the Conflict: Attitudes towards the Budding Refugee Crisis on the Greece-Turkey Border