In conversation with | Lucy Prebble 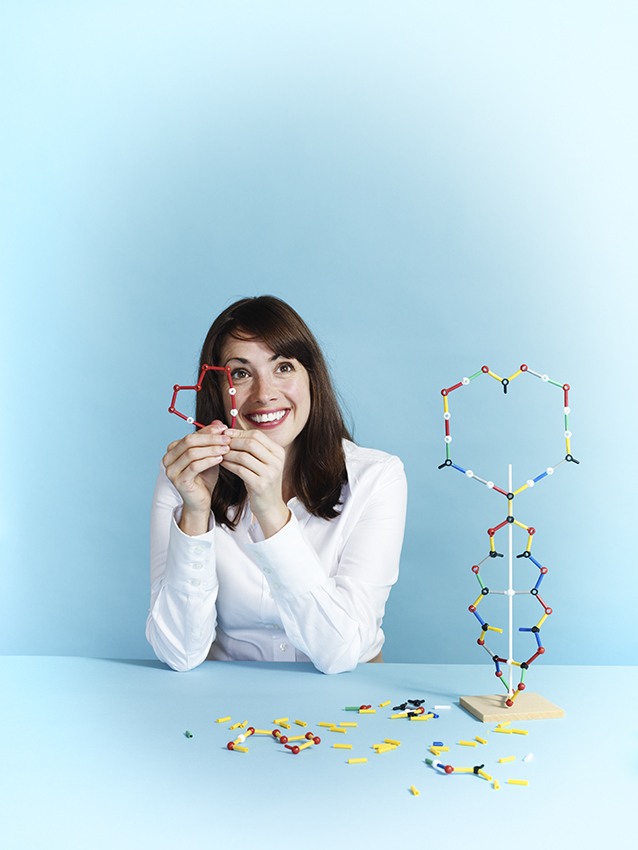 While turning the scandals of American energy giant Enron into an eponymous drama, and exploring love during a drugs trial in her play The Effect, playwright and Guardian gaming columnist Lucy Prebble has gained a reputation for embedding love and depression into her work.

Where does that stem from – what inspires her to write?

“I write because I have moments in my life where I feel or observe something and it crystallises into words in my mind in a way I find satisfying and I want to share it,” she says.

“This happens on a bigger level when you start to think of stories or images or characters.  Often these moments come from cold observation but also moments of excess of emotion.

“Something like love, despair, anger or anything like that, it wells inside you until its forced out in tears and words. I think being emotionally repressed is part of it.

“I think the feelings or observations need to sit for a while, and not find their natural flow from heart to voice. I think if that was easy and simple I wouldn’t need to write, and maybe others wouldn’t need to watch or read.”

In addition to ENRON and The Effect, Lucy has authored the play The Sugar Syndrome and TV series Secret Diary of a Call Girl.

While studying English at the University of Sheffield, she wrote the short play Liquid which won the PMA Most Promising Playwright Award.

“We’ve all seen travesties of awards given and geniuses ignored. The whole business of award ceremonies is the popular kids throwing parties for themselves whilst selling dresses and newspapers.”

The Sugar Syndrome won the TMA Award for Best Play in 2004, and The Effect won the 2012 Critics Circle Award in the same category. Do such accolades create pressure or make things more relaxed as a writer?

“Maybe it does give you a sense that there are people out there who like what you do, and that makes it slightly easier to write the next one. It makes the long writing process, which is based entirely on faith, feel more supported, I guess. You add a tiny brick to the wall of your defence against giving up.

“But that’s a dangerous thing to indulge. We’ve all seen travesties of awards given and geniuses ignored. The whole business of award ceremonies is the popular kids throwing parties for themselves whilst selling dresses and newspapers. I’ve never enjoyed a single one and now I try not to attend. They make me feel ill in a way I can’t explain.”

Like most great writers, Prebble immerses herself in her subject matter. Before writing ENRON, she spent over a year researching the subject and talking to as many of those involved in the infamous corporate collapse as possible in order to try to see the events through their eyes.

This has become her trademark – for The Effect she volunteered in a drugs trial. What did she learn from her time as a lab rat?

“A drug trial is a pretty invasive and involved experience. They can last weeks and you can be confined to a small space for that whole time. I learned that pharmaceutical companies have better resources and set-ups than the NHS wings they often attach themselves to… Some of the people who take part can be quite vulnerable.”

The Effect took inspiration from the disastrous drug trials in London 2006 that left six volunteers with multiple organ failures – a story that shocked British clinical practice – while the Enron collapse stunned the American corporate world. What’s Lucy’s next stimulus?

“The Golden Age of Magic. I’ve been working on it for years. It’s about liveness and death.”

The conversation flows back into diversity and representation, especially in the theatre and arts.

“Theatre has the same biases and subconscious misogyny as the rest of culture. I’m sure one of the reasons I’m a writer is so I don’t need to be physically present when I’m communicating with an audience.  In this way I tell myself my gender is pretty irrelevant, but I’m not sure how true that is.

“I’m fortunate enough to be offered a range of work now. But I think it is no coincidence that it often coincides with a successful piece of work that foregrounds men when someone’s considered a ‘serious’ writer in this business.”

With gender and misogyny in mind, The Secret Diary of a Call Girl comes up – the series was attacked by some who felt it objectified women. Did she perhaps always expect that kind of criticism?

“It was a shame because my original passion had been to do something much longer, darker, deeper and challenging.”

“I am a feminist. That was my first experience in television and I didn’t feel I was able to make the series I wanted to make. I was limited in my own understanding and expertise, but also in the situation and demands of who I was working for.

“I left after the first series because I felt it could not be resolved. It was a shame because my original passion had been to do something much darker, deeper and challenging.”

Starring Billie Piper, the show ran for four seasons until 2011. As Lucy distanced herself from it, she steered closer to technology, becoming a writer for The Guardian. Like her plays, her tech writing hinges around the ideas of neuroscience. Does it link to gaming?

“Certainly, and there’s a lot of research going in to that at the moment. Pure game is linked to the reward system in a very straightforward way. You get a dopamine rush when you succeed and that’s a good feeling. What’s talked about less is that there’s neuroscience link to everything.

“The brain is never not involved, or else we wouldn’t be involved.  Long running TV, for example, works off the same sense of community and psychological pleasure at seeing familiar faces that friendships do.