Confessions of a student gambler 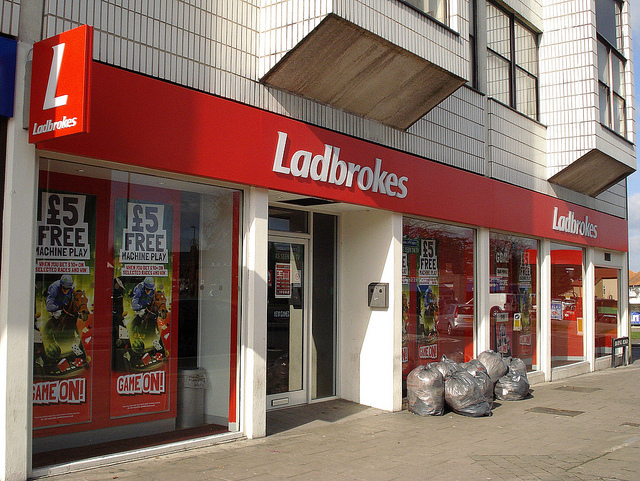 “You could say I have a gambling problem,” says one London College of Communication (LCC) student. “I would wait up for midnight on the student loan expected payment date, and as soon as the loan money entered my online banking account, I was instantly betting hundreds on Major League Soccer teams I had never heard of.”

It’s estimated that around 127,000 young people in the UK have a gambling problem, and opportunities to get involved in gambling are increasing.

The Gambling Act now means casinos no longer require membership, and bookmakers and online betting sites can now advertise on television. The act was revised in 2005, and came into force in September 2007.

In 2013, an investigation carried out by Ofcom revealed that gambling advertising on TV had risen by 600% in just six years. Section 329 of the act, states “Regulations under section 328 may not make provision about advertising by way of television or radio services.”

Whether it be the blown-up head of Ray Winstone, or the newest comedy skit by bookmaker Paddy Power, we are all being exposed and invited to a world of gambling. The logos of betting companies also appear on the kits of various Barclays Premier League clubs including Aston Villa and Burnley.

A survey in 2013 by Save the Student, a site set up to give impartial money advice to students, revealed that one in five students had gambled in an attempt to make money.

The problem was brought to light within mainstream media in 2010 when Angola were playing Mali in an Africa Cup of Nations fixture, and led 4-0 at half time.

This prompted one undergraduate student to stick his entire student loan on Angola to win at odds of 1-100. The match finished 4-4 and the student was left shell shocked, and more importantly, penniless.

The reasons behind students gambling vary. Some do it for a thrill, others genuinely need the cash, which would then enable them to pay the hefty prices of accommodation and travel, especially in London where they are very expensive.

One LCC student, 22, who wishes to remain anonymous, explained how he got hooked on gambling: “It started last January (2014) when the student loan hit. It was barely enough to cover my rent.

“Every night, my friends and flatmates were begging me to go out, but frustratingly I just couldn’t afford it. So I decided to sign up online to Sky Bet, and within ten minutes I had already placed a £50 bet on red in a game of roulette.”

The student now regularly bets, staking large amounts of his money, yet is one of many who does not consider himself an addict.

“You could say I have a gambling problem but I believe I still know right from wrong. Recently, I bet £600 on an under-17s football match between Sweden and Slovenia and it did make me question myself for a split second. But needs must, and the cash I can win helps me fulfil the requirements of my course and student lifestyle.”

Ladbrokes, one of the UK’s oldest and most established bookmakers, recently introduced a new betting service that allows freshers to bet on their own final degree classification.

Online betting sites have many techniques to seduce students into gambling. Sign–up offers give customers the chance to claim free bets once they have made their initial deposit.

Some just sign up for these incentives, including BA Sports Journalism student Ashley Weston. “I have an occasional flutter at weekends,” he explained. “Usually, I sign up with a new bookmaker, as that way if I bet a minimum of £5-10, you usually receive that amount in free bets. It’s a good bit of fun each weekend.”

Trevor David, a development consultant for the gambling charity GamCare, said universities are becoming more aware, and are seeking help and advice on the issue.

“For the first time, student finance officers have been coming to us and requesting we come to events and give information to students. Universities seem to be becoming aware that there is a growing problem,” said David.

If you feel gambling is becoming an issue in your life, or know a fellow student who could be affected by this issue, be sure to contact student.services@arts.ac.uk who will offer you confidential support.

Confessions of dealers and losers