Film | The Boy Next Door 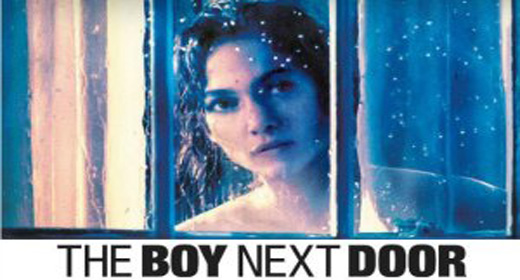 Jennifer Lopez, whose hits as a pop diva include Jenny From The Block and On The Floor, has been making some questionable decisions in her acting career for over a decade now.

Nor has she bucked that trend with her latest role in the director Rob Cohen’s psychological thriller The Boy Next Door.

J-Lo plays Claire, an intellectual, well-educated and sweet single mother. After splitting from her cheating husband, she is left with a troubled teenage son.

Claire is a fantastic teacher and soon meets her new neighbour Noah, after her garage door breaks and he appears to rescue her.

The first half seems like your average American suburban-family story as the mother cooks for her family every night, whilst teaching literature at the local high school, along with the wealthy father, who spoils their son.

Whilst her family are away, Noah realises Claire is home alone and invites her over. Little does she know her unfortunate one-night stand will become the biggest mistake of her life.

Noah then befriends her son Kevin, spending more and more time with him to get into Claire’s mind. His obsession reaches a whole new level as he enrolls as a new student in her class, and things spiral downwards from then on.

The trailer hints at obsession and violence, but the film itself is more twisted and complex in comparison, with the second half changing direction completely as we witness the darker side of Noah.

Jarringly, it’s hard to hate the ‘other’ Noah, an attractive guy played by Ryan Guzman, who showers the vulnerable Claire with affection and compliments at the start.

J-Lo, who has played things for laughs in films such as in Monster-In-Law or The Back-Up Plan, is faced with a tough challenge here as she plays a heroine/victim dealing with a psychopathic admirer.

The quality of the acting early on is patchy to the point of being occasionally cringeworthy, but towards the end as the real drama unfolds, such considerations are put to one side.

J-Lo remains the sexy and sophisticated woman she has always represented, but The Boy Next Door is clichéd due to the sexist set-up of the plot.

A lonely older woman falls for a young, strong handsome younger man who victimises her and once again takes control. But she fights back in a surprising way…

Considering the film is rated 15, the sex scenes are probably more graphic than Fifty Shades Of Grey and the swearing is worse than Lee Evans on tour, so I wouldn’t go with your parents, but The Boy Next Door is more hit than miss.

Film | The Boy Next Door