Arranged marriages, once a commonality in Asian communities, seems to be becoming a thing of the past. Asian youths in Western countries no longer solely depend on their parents to find them a suitable life partner, as the existence of Asian dating websites has meant that men and women are able to choose their own partners.

AsianD8 is a well known dating site that has tens of thousands of British Asians joining the website each year. Pali Banwait, the CEO of the site sees “the stigma of being on an online dating site as now a thing of the past. It is now an essential part of the mix on ways in which a single adult can meet that special someone.“ Websites like AsianD8 allow young British Asians to connect with people who have similar interests and are from a similar upbringing and culture in a safe setting. [pullquote align=”right”]“If breaking tradition allows the individual to meet, marry and find happiness it’s a good thing,”  India Kang[/pullquote]

Banwait believes that: “The tradition may be breaking, but I still feel just as many Asians are still looking for consent from their parents even if they meet someone through their own means. We live in a society where there are more opportunities to meet people and both parents and young, single Asians appreciate and are accepting this. For us, this is a good thing.“

Rahul Bhardwaj, CEO of the South Asian dating website TwoMangoes created his site because: “What’s out there is just not built well enough to give users an enjoyable, comfortable experience, and more importantly, hefty fees are charged for imperfect products. This is true for dating and matrimonial sites alike.”

The website is a hybrid of Match.com and Facebook, and says it has close to a half a million registered users. Bhardwaj said: “We help all young adults make their own decision about who they want to meet, date and maybe even marry. There is no reason to believe that one’s selection of who they have to spend their time or life with is limited to their parent’s (or even their own) social circle.

“We see us as enablers for giving every young adult an opportunity, out of many, to explore, experience and decide, who to be with, for themselves. Along with the side benefit of meeting new friends, expanding one’s social circles and evolving through every experience.” 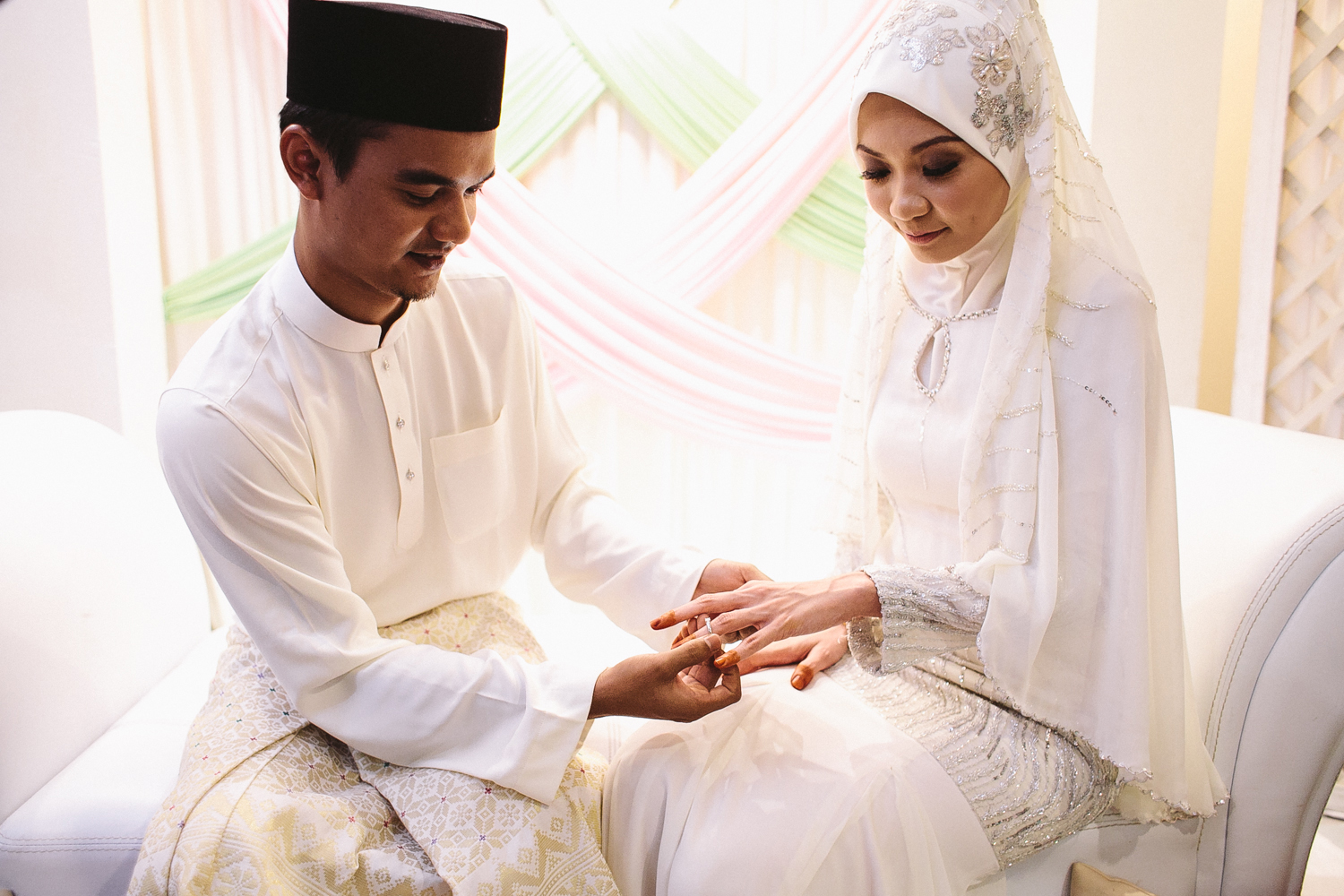 Bhardwaj believes that young people are joining these websites instead of waiting for an arranged marriage because it makes them feel empowered, as they’re taking their own decision to choose who they would marry.

He added: “In a traditional arranged marriage format, you’d likely meet just one person over a longer period of arranged meetings that sometimes feel too formal. It’s definitely easier to start up a casual chat with someone you perhaps fancy, without being held up with any formalities.

“At first, we received some criticism from the older, more traditional generation on our lighter, more Western approach to connecting singles. But once the success stories started to come around, especially the marriages we helped make happen, we got all round support.”

India Kang, who joined several Asian dating sites in 2011, met her husband online. “There are some downsides to online dating, but you’ve got to put up with the rain in order to see the rainbow… In the ‘olden’ days we didn’t marry for love. Marriage was often done for political, social or economic reasons. The idea of marrying for love is relatively new both for Asians and non-Asians.”

Even though arranged marriages are seen by Asians as a tradition in their culture, some families are accepting the trend of allowing their children to meet their potential suitors online. This is the case for Kang, as she explains: “My siblings had arranged marriages, but we’re talking 10 – 20 years ago. My family accept times have changed. They were delighted that I had finally met someone.”

Bhardwaj agrees: “Our experience, and that of our friends, is that parents are totally for online dating. Parents are parents, and they ultimately want their kids to meet people who will make their kids happy. They’re also realising, over the past 15 years, that their first and second generation children aren’t going to easily trust their recommendations. The days of ‘we know a girl through Tina’s aunt’s cousin’s sister-in-law’s brother’ are sort of long gone. Kids don’t want to hear that.”

Faisal, 26, said: “I have used a matrimonial website only, but you can also consider it a dating site because once a person registers the way they choose to use it it down to them. We all have our motives and I think the generation today opt to rely on technology as opposed to face–to–face gatherings, it has made us lazy in terms of communication.”

He added: “I think arranged marriages should not have even existed from day one. It’s created a negative perception in people’s minds, we all want happiness at the end of the day so be it arranged or from an individual’s personal choice it really and truly makes no difference.

“If the man or woman can wake up every morning knowing their partner can provide them the love respect kindness and affection nothing else should really matter in my opinion,” he said.

Ratna Akam, 52, whose daughter is a member of an Asian matrimony site, said: “As an Indian mother, I wouldn’t encourage my kids to go for [these kind of] sites to find a partner. This tradition of arranged marriages still follows in Indian families. After all, my marriage was arranged. I wouldn’t say it should be followed strictly. Apart from Western influence, kids are going abroad for further studies and jobs, which gives them opportunities to find their partners.

“I feel there are better ways to find partners than going through the sites as we hear a lot about fraudulent cases, i.e. people lie about their families, their income, their personality,” she added.

“For the past two decades, we’ve see the traditions of arranged marriages lessening in importance. My view on this; I wouldn’t mind if my child chose his/her partner as long as it is within the same religion, and as long as they make wise decisions for their future,” Akam said. 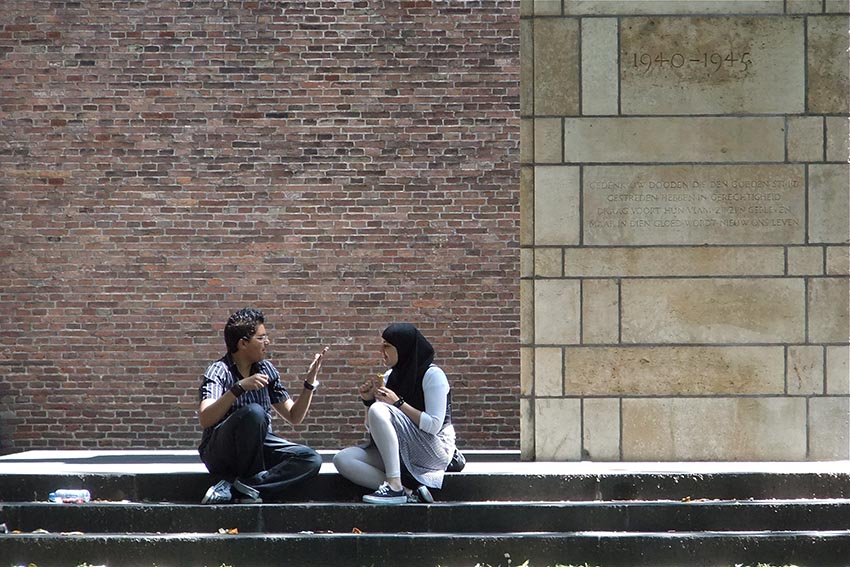 Asian couple getting to know each other. [Flickr: OlBrug]

Dating websites give young adults the freedom to meet and choose their own life partners, but whether this freedom is a good thing can be disputed. Kang commented: “Having the freedom to date, get to know each other before finally deciding who to marry is a positive thing. Sometimes too much choice can be bad – especially if you’re always on the look out for the ‘grass is greener’. We all know the grass is rarely greener.“ Banwait supports the liberty that these websites create for people, as he believes it “gives a person the maximum opportunity to meet the right person.”

According to Bhardwaj: “Freedom of choice is always a good thing […] No one should be forced to do anything, especially if they’re labelled as an ‘adult.’ One particular example is being forced to marry someone you haven’t seen or won’t meet until the day of or post-marriage; ideally you should have the freedom of choice on if you’d like to partake in such a marriage or not.”

However, it could be that arranged marriages haven’t been deteriorating, but have instead undergone a revamp: “The culture of arranged marriages has not necessarily gone, but become more technologically aware. We actually find our users telling us that their families are actually encouraging them to register on AsianD8 and attend our singles events.” says Banwait. “We’ve even had a few parents ring the office and try to get their kids registered!”